I just started using Unreal Engine not too long ago, and am really impressed with the blueprint feature. It’s really refreshing to see such a nicely designed front-end when you’re working through your logic. That being said, I’ve run into a bit of a roadblock. And I need some help on how I should make my logic work.

What I’m trying to achieve is:

Finally coupling spacebar with the arrow keys, my character’s animation updates to him running.

A few notable examples of what I’m trying to achieve would look like the main characters from: legend of zelda games, final fantasy, harvest moon.

I have all my sprites created and they are using the flipbook type.

Here is my logic thus far: 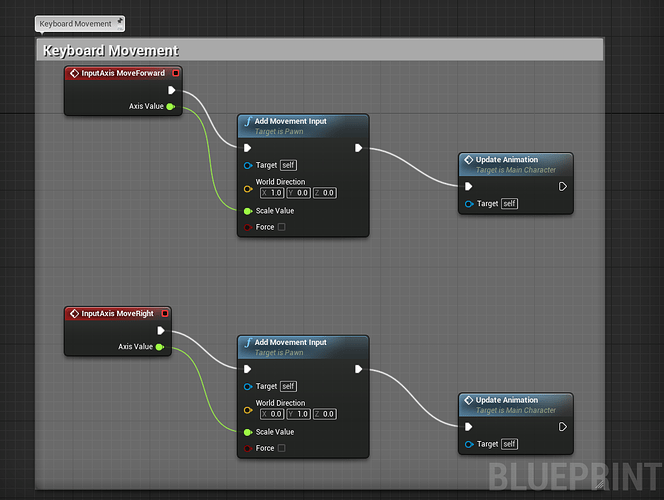 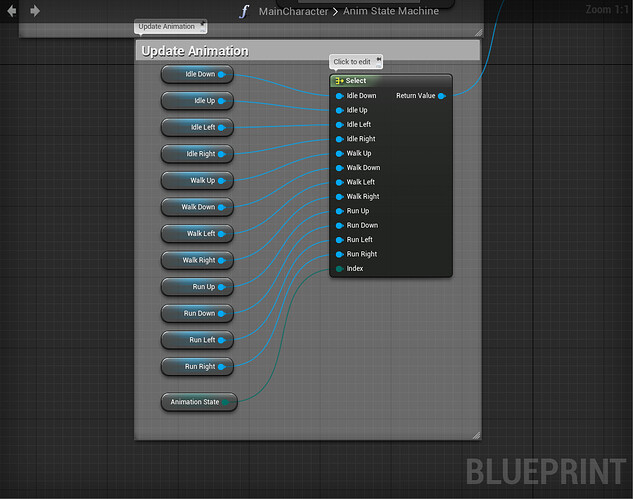 P.S. I apologize in advance if I put this in the wrong forum. I wasn’t exactly sure where to put this, since this post talks about animation and keyboard input.