Hi, I’m still pretty new to developing for Unreal and I’m running into an issue trying to implement a side-scrolling fighter type game.

The basic gist is when I attempt to change the sprite facing using setActorScale3D, even though the Z axis isn’t changing, the character moves and kicks in unreals “isFalling” check, but never seems to land. However when I move the character back to facing the other way, it goes away.

I’m really just not sure what’s causing it to affect it. I’m calling setActorScale3D on the actor itself to ensure the attack hit box also flips sides (i was successfully just flipping the sprite, but trying to place the hit detector based on facing is proving to an issue using any other method) 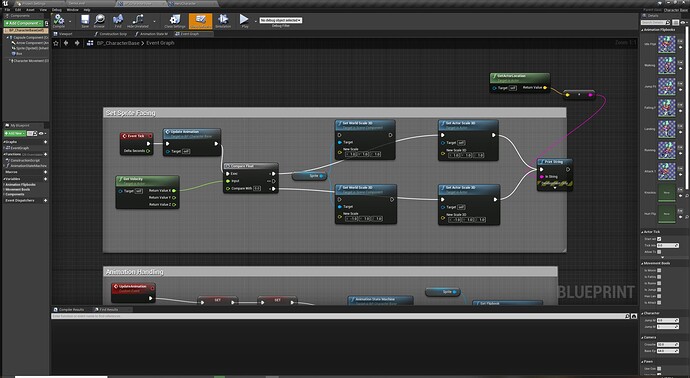 and jump is just on the hero character BP 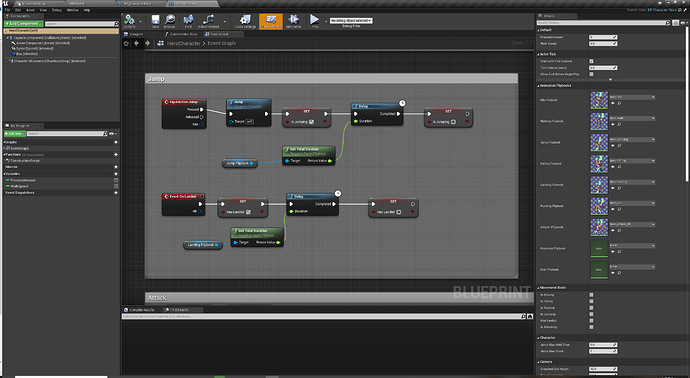 Personally, i would not use the scale to rotate your char, rotating it seems better

especially, if you have attachments at your char, like sockets for weapons or where projectilles spawn.

Maybe this helps you, this video and the next one from that playlist:

Thanks, I think that did the trick! Was originally running into a weird issue since, being a side scroll beat-em up the character is tilted at a 30 degree angle, and was running into issues with the control rotation to get it right. Thing I was getting screwed up by relative / world rotation.

Apologies for the late response, wanted to give it a fair go before I did, and just been busy.