I have a UE4 skeleton which is slightly off when using the Retarget Manager. In the result the arms are not properly aligned. However, this doesn’t mean this assignment only involves the arms. The task is considered complete if the character is properly rigged to the UE4 default skeleton, playing default engine animations properly.

The skeleton was originally professional setup with Maya and then without much extra work imported to Unreal.

It is estimated that there are reasonable edits involved, requiring perhaps 1 or 2 hours of work on your side.

Rig the skeleton / character to the UE4 default skeleton.

Job offering: Rig a UE skeleton to the UE4 default skeleton. Payment is done via Paypal once the task is complete, the skeleton is sent to me, and task confirmed.

Requirements: Artstation, Unreal Forum or similar site where you showcase your past work related to character rigging in Unreal.

Let me know if you have any questions, thanks.

I can help you with the retargetting.
Please ping me an email to discuss further, smudgy67[at]msn[dot]com

Still looking for someone to rig a character to the UE4 skeleton.

The character is properly rigged, but when configured to the UE4 skeleton the hands are slightly off. So the task here is to work on the hand and or arm rig.

Let me know what kind of content you need, and pricing - can supply you unreal or max files of the character if needed.

This is the issue: 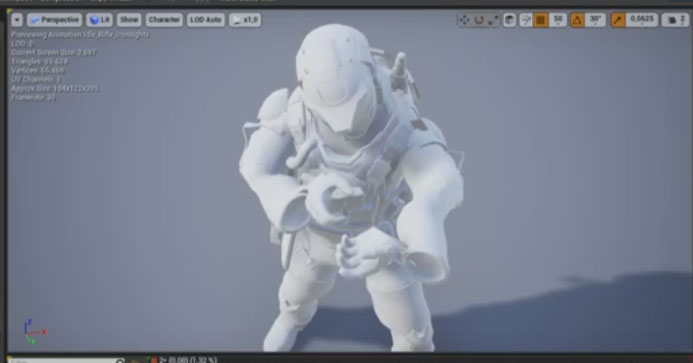 Appears you have the issues with the twist bones. Was this after retargeting an animation?

Sorry to derail, but I’m actually struggling with this (or a similar) issue currently too!

Mine happens after applying retargeted animations indeed, but the A-poses are juust off, are you saying it’s something to do with differing orientations/ axes of the fingers themselves?

If your Character is not in A-Pose (but the animations are) search YouTube for tutorials on aligning the arms.

" Was this after retargeting an animation?"

No, after setting a new skeleton.

Did you set it to that of meta human?

Is the character rigged to UE4 mannequin standard?
Which skeleton did you use?

Are you still needing help to fix this issue? If so, drop me a message on Discord, I can definitely help you fix it.

My Discord username is: