What I’m Looking For

Note that a small partial deposit is required to start any work.

Contact
Discord preferred or PM here. PM may incur a delayed response as I get no notification. Discord: Minion#3554

These specific systems aren’t available for purchase as they belong to the person I was working for. Under NDA.

Best Multiplayer Locomotion System on the Market
Everything you need to know can be found here, and I’m available for work involved with extending this to meet your own game requirements.

Projectile System
Capable of firing projectiles over 2,000RPM and 100,000cm/s velocity from many sources with highly optimized physically based projectiles - actors in the world with velocity, gravity for bullet drop, optional ricochet. Besides the aforementioned client-side prediction these also support rewinding actors and had a system built on top to hit specific parts of the body - highly accurate! Built on top of my object pool plugin for low/no cost projectile spawning with highly optimized replication behaviour.

Weapons System
An extensive system for weapons on characters, vehicles, ships and anything else. More comprehensive than BFV

Date & Time System
Custom/arbitrary months, seasons, days in week, time-scale. Persists without any form of storage (including randomized behaviours such as weather) - Achieved with a custom time-scale relative to real world time. In-game event system based on game’s time of day allows planning events such as supply drops the same way you’d enter your own events into google calendar

Orbit & Occlusion System
Built over the Date & Time System. Planets follow an orbit and can orbit other planets (moons), and interacts with the accompanying system that computes occlusion and light temperature based on the occlusion of light due to planets and their atmospheres interfering; planet atmosphere density and falloff is customizable. Allows simulating a real universe however dissimilar to our own. Results in a natural, organic, and extremely pretty day/night cycle.

Mortality Component
Extension of the damage system present in UE4, a friendly interface for any and all actors to take damage, and pawns to deal damage, observe damage (in certain cases) in a much tidier and easier to use system that replicates everything out of the box as necessary in an efficient manner.

View State System
Smoothly handles any and all camera transitions for character state changes (crouch, sprint, etc) or switching between cameras seamlessly with proper view blending that never hitches or pops regardless of number of cameras, position in existing transition, etc.

Interaction System
System for players to interact with actors in the world such as doors, panels, buttons, and even other players (eg. reviving another player). Replication uses only a single byte to maintain state of any interactable actors.

Character Systems
Turn in place system that can maintain the character always facing the camera while still taking actual steps to turn with simplistic animation setup (most TIP systems are convoluted). Made a system for character to equip heels and have animations adjust at runtime. Built complex animation graphs.

Videos & Images of things I’ve made

This is a plugin I made, multiplayer-ready semi-procedural locomotion for UE4 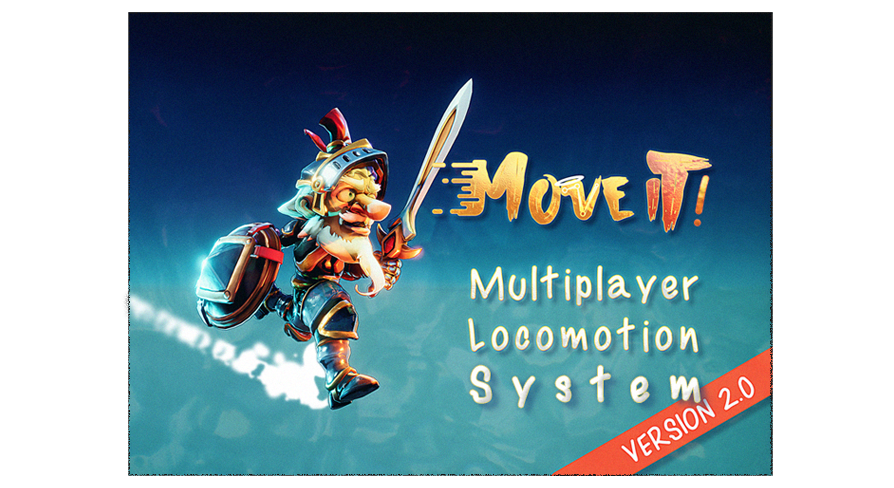 I’ve finished up a couple of jobs and my plugin (shown in the video above). Available for one more client over the next month.

Vaei aka Minion has helped my project immensely over the course of 2-3 months, he’s very dedicated to his work and gets the job done. He’s created IMO the best locomotion character system that’s publicly available (or will be soon). He can be a bit headstrong sometimes but you get that when it comes to higher level programmers

Try him out, he’ll take care of anything you throw at him.

We’ve been using Vaei the last couple of months to help in various capacity. He is quick, knowledgeable, and very collaborative with the team. We’ve gotten so used to working with him that we treat him as a remote resource for us, which is great to have when you are half way around the world. If you need back up or an extension of your team, I highly recommend having Vaei onboard. He’s a life saver when your team is stretched and you can’t get to everything in your backlog.

ill like to speak on opportunity. i have discord and skype

ill like to speak on opportunity. i have discord and skype

Hi Vaei, I reached out through discord. Would love to talk more with you.

I have time for 1 client now

Added you on Discord and PM here.

I just added you as a friend on discord to DM, would like to chat about developing a networked gaming environment for an architecture school for a proof of concept.

Hi! I’m interested in your work! Is it possible that you can send me a DM?

Available again. DM me on Discord instead of PMing me on here (there’s no notification).

Hey Vaei do you have any experience bringing games to steam and getting server files to work within an exsisting server providers control panel? We’re able to host server manually through remote machines but the moment we give our dedicated files to a provider and that said provider links it all up to their control panel for customers nothing happens. We’re looking for someone to come in sit down with us and our provider to work out exactly what is going on. If this is you please get back to me ASAP this issue has been a thorn in our side for too long.

An email is the best way to reach me personally as I dont frequent these forums often - joemarksmail@gmail.com

Hey Vaei do you have any experience bringing games to steam and getting server files to work within an exsisting server providers control panel? We’re able to host server manually through remote machines but the moment we give our dedicated files to a provider and that said provider links it all up to their control panel for customers nothing happens. We’re looking for someone to come in sit down with us and our provider to work out exactly what is going on. If this is you please get back to me ASAP this issue has been a thorn in our side for too long.

I’m the wrong guy for that job, I focus on gameplay programming

Updated to clarify that only a small partial deposit is required in advance. Still have some availability, maybe one more client.

Hi Vaei, I sent you a request on Discord about a project

Hi Vaei, you sound like a really great fit for our project. If you are interested and have any availability in the next 6 months or so, I would love to have a chat! Sent you a friend request on Discord