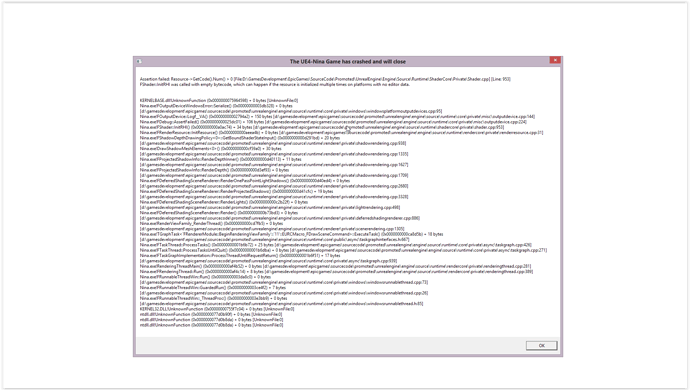 PIE works fine. I can’t really find anything that points me into the right direction to get my package working.

I tested it with a blank project and that seems to work, so I probably have something done within my project since the last change list, where everything worked out fine. I put a lot of things since than into code, some UFUNCTION and UPROPERTY that either expose some Variables, and some Sweep methods. But from top of my head I really can’t understand how this is such an impact. I also tested it on another computer which presents me with the same result.

Hope someone can help or point me into he right direction where I can iterate through would be awesome than at the moment I just trial and error through either removing stuff to see where the error comes from.

I will attach the project as soon as it is uploaded.

I resolved the problem after two days of going through everything. In the end it was one particular map, where two static meshes had two different Materials that somehow caused this. I changed both materials for the time being to at least make my packages playable.

Anyway, this was awesome :p.