This is our final year project at the University of Hertfordshire, based in a world that neglected the warning of climate change.

Ozone is a third person explorer set in a remote location within Kazakhstan in 2138 after major climate change events have occurred around the globe. The player will explore an arid environment deserted since 2068 based on an existing city in Kazakhstan called Almaty.

Due to the huge shifts in the climate, Almaty is no longer the cold city it once was, it now is surrounded by a desert with the sand slowly engulfing the remaining buildings within the city. With the ozone layer slowly failing, holes have begun to appear which cause devastating damage to the land below, the human population are calling these areas solar zones.

The player will follow the journey of a leader of a small group of survivors who have traveled the vast desert of Kazakhstan seeking a new, safe place to call home. After finding the now ruined, once thriving city of Almaty he decided that him and his people shall settle there and resurrect a new city from the rubble. They will help scavenge the environment for useful materials and objects that can help them survive and rebuild. Even though the world has seen these major changes, there is still society and life within the remaining locations. Democracy, law and order still exist within these populations.

The trailer shows the main character walking through the city trying to embrace what the city must have felt like when it was alive and bustling with people and trying to come to grips with his situation.

Here is the progress we have made so far. Would love some feedback as to how we can improve.

Currently been working on the lighting, made some pretty good progress. Here is a before and after of one of the shots. 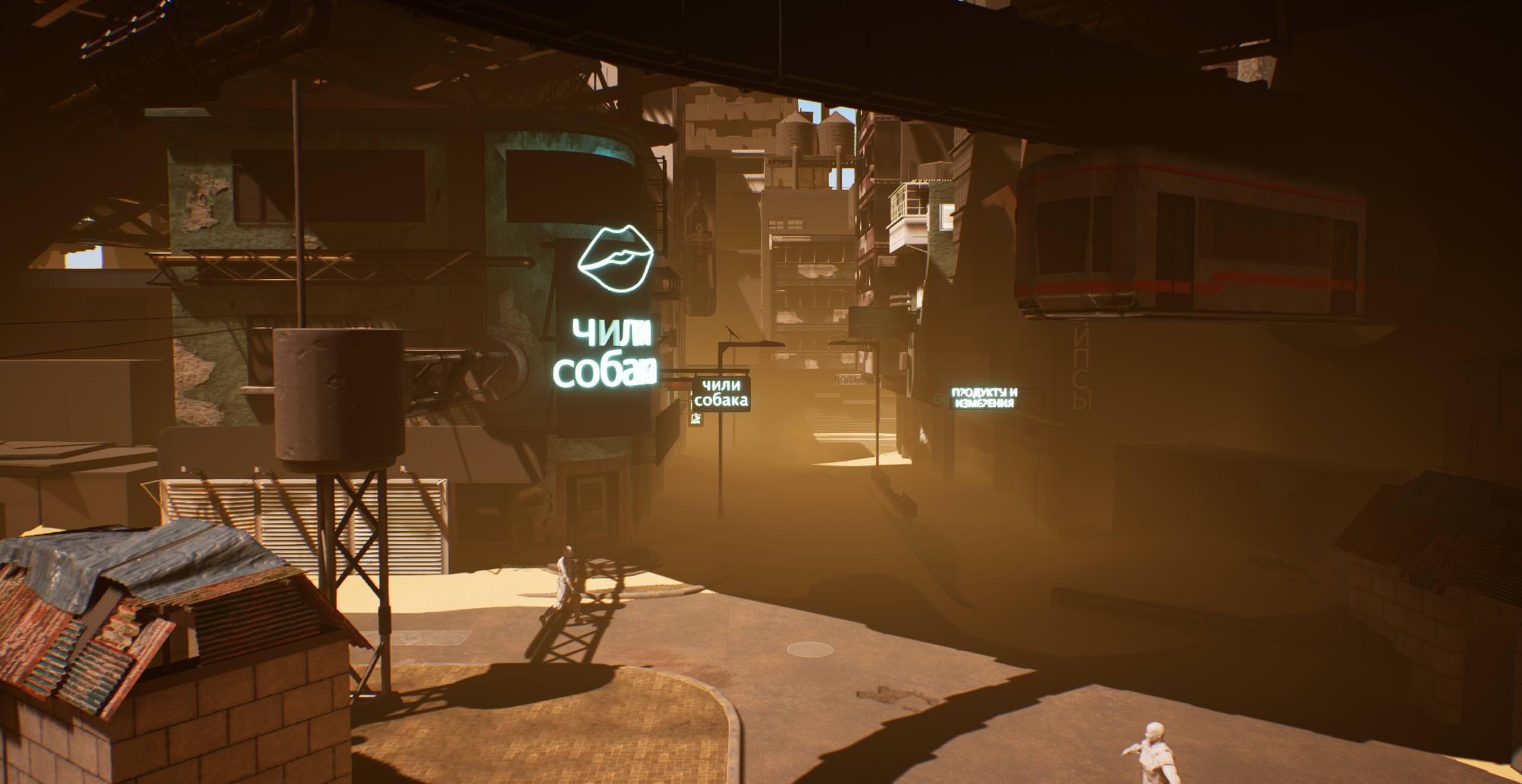 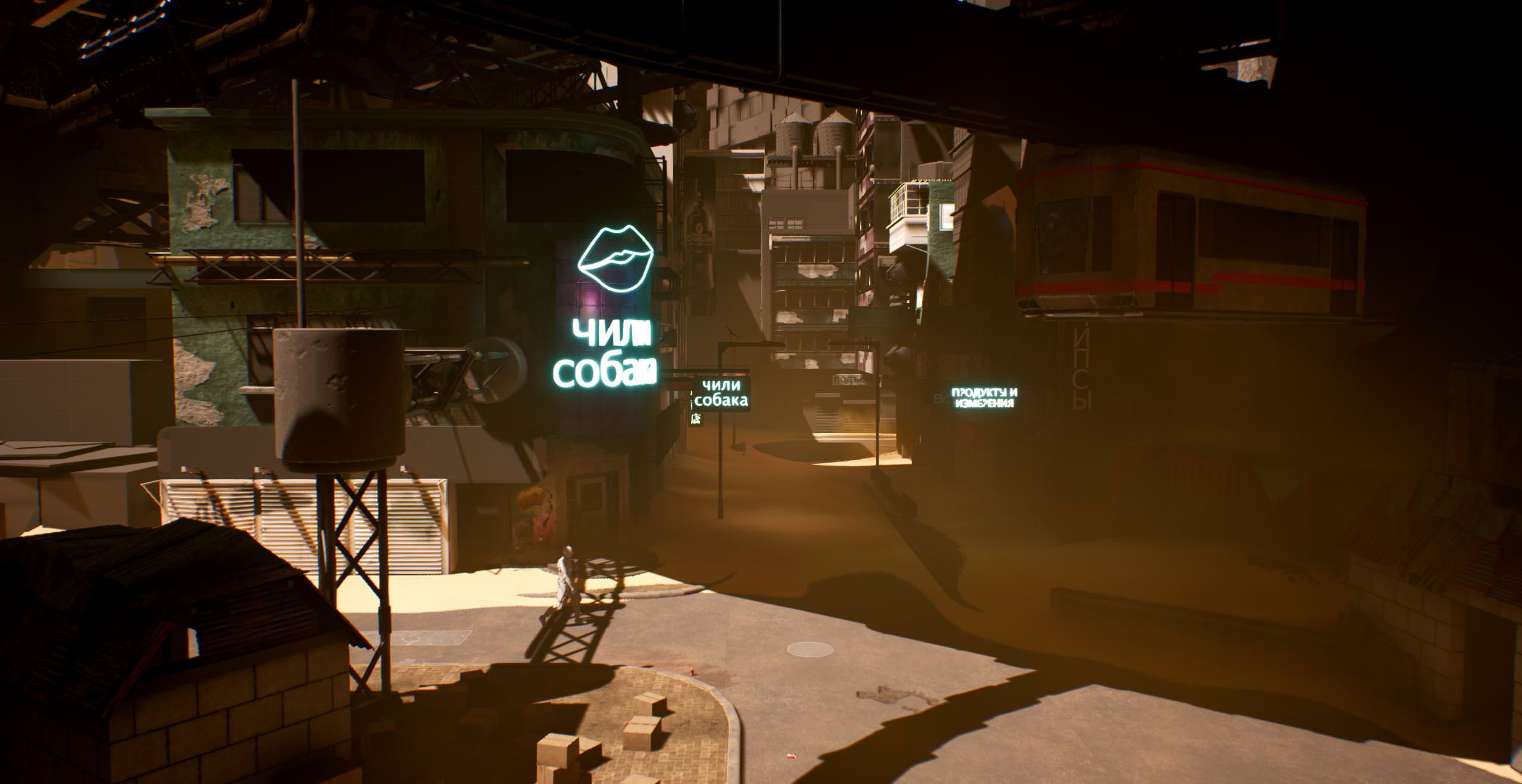 Here is our Gold submission for the project.

Very cool! I especially like the color choices to give off that post-apocalyptic feel. I’m curious to know what the gameplay will be like.

I have see not have programmer for this project, I’m lead programmer if you want I can join in the team. Cy

That “Чили собака” and “Продукты и измерения”, lol. “Chilli dog” and “Goods and dimensions” (or “Food and measurements”).

Impressive, and very thoughtful and responsible of you to create such a project, at a time, embarrassing for many of us here in the U.S. as our oval office holder denies change,and others in charge of our EPA , remove protections once there via Obama admin.

I know ;politics can be divisive nor is this necessarily the place FOR that debate, but this is a topic we all need to worry about, so ty for putting this together.

Regardless of where I live, I worry too and support scientific research showing change isn’t just a ‘chinese hoax’.

GL, looks stunnning,may the force be with you/us, as we all , together bravely navigate a world too eager to deny what we must all fix.

Thanks for all the responses guys, unfortunately there wont be any game play as our main goal was to create a trailer that would theoretically promote the game so think of it more as a reveal trailer. We really appreciate the words on the topic. We too feel the same. Currently working on more improvements and hope to have some high quality stills up soon along with an updated video.

Looks incredible! Really like the narrative behind it too. Keep up the great work!