So this is a very old problem and I think the only issue here is that you cant have the static meshes you are merging into one actor’s UVies overlap each other.
Now I have just over 3000 individual wall pieces that make up a maze and I didn’t see this coming.
… and its hitting me harder than a freight train

I had to overlap some of the wall pieces.
(The merge test I did when I started of course none of the pieces I tested were overlapping so I didn’t see this error pop up) LOL
So now I am scccrrrreeee …… ed.

Now I can go through each wall pieces and just scale them shorter and long on the X and Y that should work, so none of them overlap and they barely just touch each other.
Pretty sure that would solve the problem.
I did group them. But I don’t know if this would really help with performance it looks like an in editor feature only.

Anyone have any ideas?

Right now the plan is to go through all the little wall pieces and scale them on the X and Y and make sure the all just touch and don’t overlap.
With merge actors tests as I move along.
Probably a good idea to group them into folders.
No choice really.
I just wish I saw this coming when I built the maze

You could do it in a batch using either BP or Python instead of doing it manually for 3000 wall pieces:

You could calculate the distance between the 3000 pieces and move them accordingly to remove any overlapping and apply rescaling only if needed as well.

You could do it in a batch using either BP or Python instead of doing it manually for 3000 wall pieces:

You could calculate the distance between the 3000 pieces and move them accordingly to remove any overlapping and apply rescaling only if needed as well.

O.k. great thanks.
You know I am just looking at a very old tutorial from UDK.
Precomputed visibility volumes.
According to the UE4 docs those are best choice for lower end hardware and mobile, exactly what I need.
There is also camera frustum that is always on but that I believe is harder on the GPU.
So looks like I want the individual pieces actually. HEH

O.k. so looks like I don’t even need a cull volume.

In each wall mesh’s LOD section there is the default 0 LOD and you can set min an max draw.

I just tested it and it works fine.

So why don’t I just set the min and max draw for the default LOD for each wall piece and then just go with that? 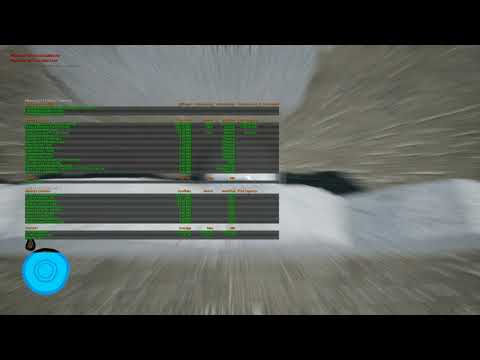 Isn’t this all I need to do?

I guess I am a little confused too as to why in the tutorials on culling they insist that you use a culling volume otherwise culling wont work and then when I set it up in the editor culling min draw and max draw works just fine without a culling volume. Is that the newer versions of UE4? Or is there a difference between the culling with and without the volume, like dynamic or static?

So everyone else is telling me cull volumes are not really needed if its a simple setup with one LOD in each mesh.
So I guess its true. The tutorial was wrong then.