Overlapping geometry vs. performance and issues

I’m playing around with a bit unusual low poly modelling in 3ds max and trying some fun techniques.

I’m wondering if it’s a big of an issue, if geometry overlaps. For example, let’s say I have a few boxes that are intersecting and I’m importing them as a single geometry into UE4. Is this a very bad practice? Would it affect performance, or light? 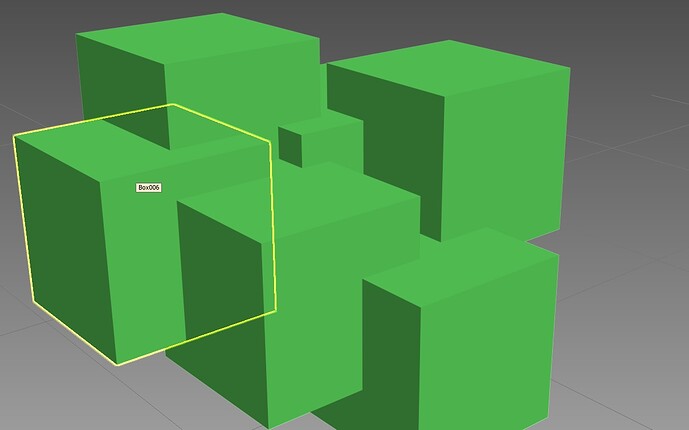 Not really, since you are importing them as one object UE is going to read it that way and as a single draw call, doesn’t matter how many polys intersect each other.

Perhaps a more curious question would be, what if you had translucency or half opacity going on that object, how would that read against a not so intersecting object? It may not make a difference there either but then again it may, I don’t know the answer to that one yet.

In general practice though, it would be easy to just create a single surface over that object and avoid any extra intersections or polys. Would be more optimised that way. But in your case being just cubes it wont make any difference at all.

Fortunately, I’m not planning to use translucency in this case.

A tree I’m currently working on now has around 24k tris and it’s hard to make a single surface over it.

I think the main issue are the lightmap and UVs, I’m not sure if every single piece of geomtery should has it’s own UV space, or they can share the same one (the pieces are identical). 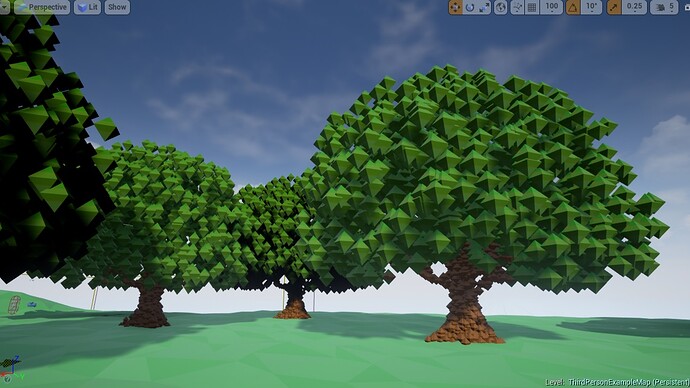