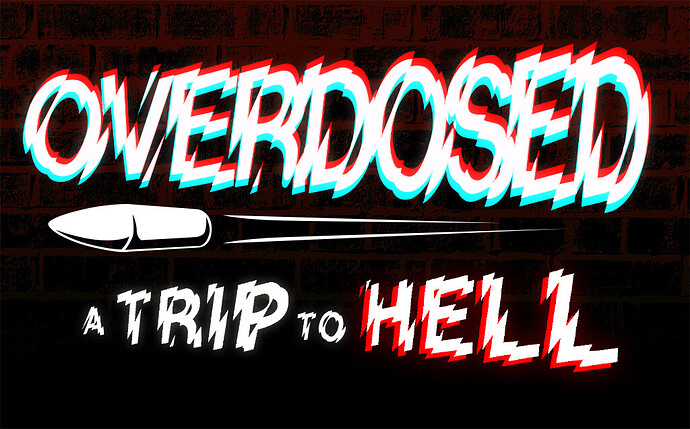 Overdosed brings you a safe and cost effective way to go on a crazy, drug-fuelled rampage! With an Uzi in each hand and wildly spewing bullets in all directions, your reflexes and wit will be tested in this frantic arcade style twin-stick shooter as you battle hordes of nightmarish hallucinations.

The real meat of the game is in the roguelike Adventure mode where the main goal is to progress through 5 randomly generated stages, each one with their own unique set of objectives to complete in order to progress. Every level is different each time you play. Pickups like ammo/cash/drugs spawn at random locations which you must hunt for if you want to survive the constant onslaught of enemies, side objectives, mass confusion and general mayhem!

There is also the Arena mode where you fight increasingly frantic waves of enemies and earn points to purchase additional weapons and gadgets within the level. There’s no order of unlocks so you can play it your way and spend your points however you like. Each wave gets harder than the last with more enemy numbers and the introduction of new enemy types.

THEMES:
Industrial – Enemies such as giant spiders and strange alien-like creatures lurk around in the depths of this theme. Be careful where you step!
Haunted – This theme resembles a haunted house where the furniture comes alive and attacks you. Take on enemies such as animated chairs/tables and bear skin rugs that charge at you to rip your face off! Sounds delightful doesn’t it?

Haha, that looks awesome, man this reminds me of Loaded on the PSX… Good job.

Good luck for your game.

Get the game HERE

Definitely look amazing man; Unfortunately being a arachnophobe I won’t be able to try it out, good luck with the sale!

Awesome to see that Overdosed made it to Steam!

I’m also working on a procedurally generated/roguelike twin stick shooter.
So I would like to know how are the sales so far on Steam?
I know that may be an uncomfortable topic, but any answer even if its vague would be helpful.

So I would like to know how are the sales so far on Steam?

You don’t want to know 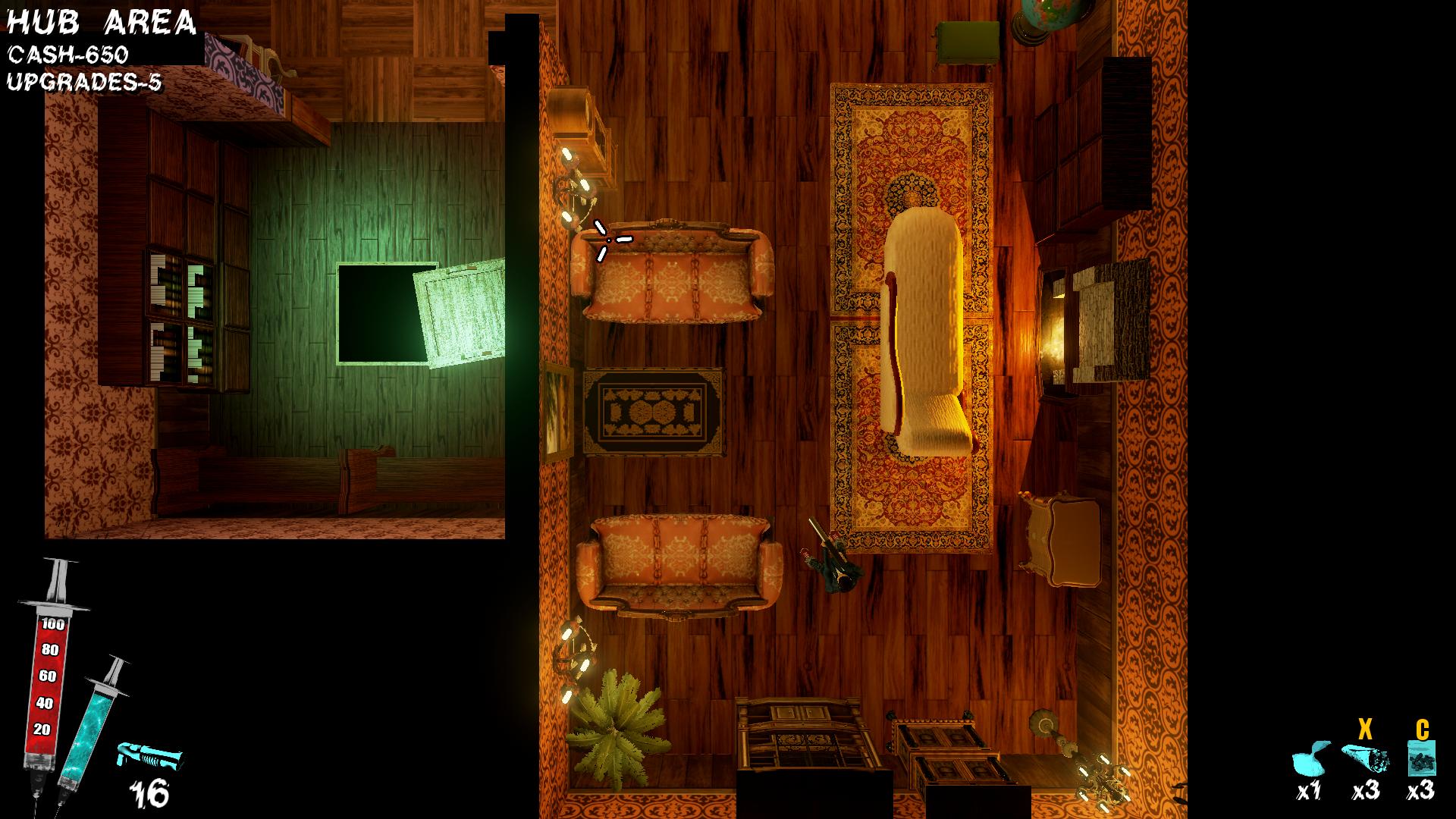 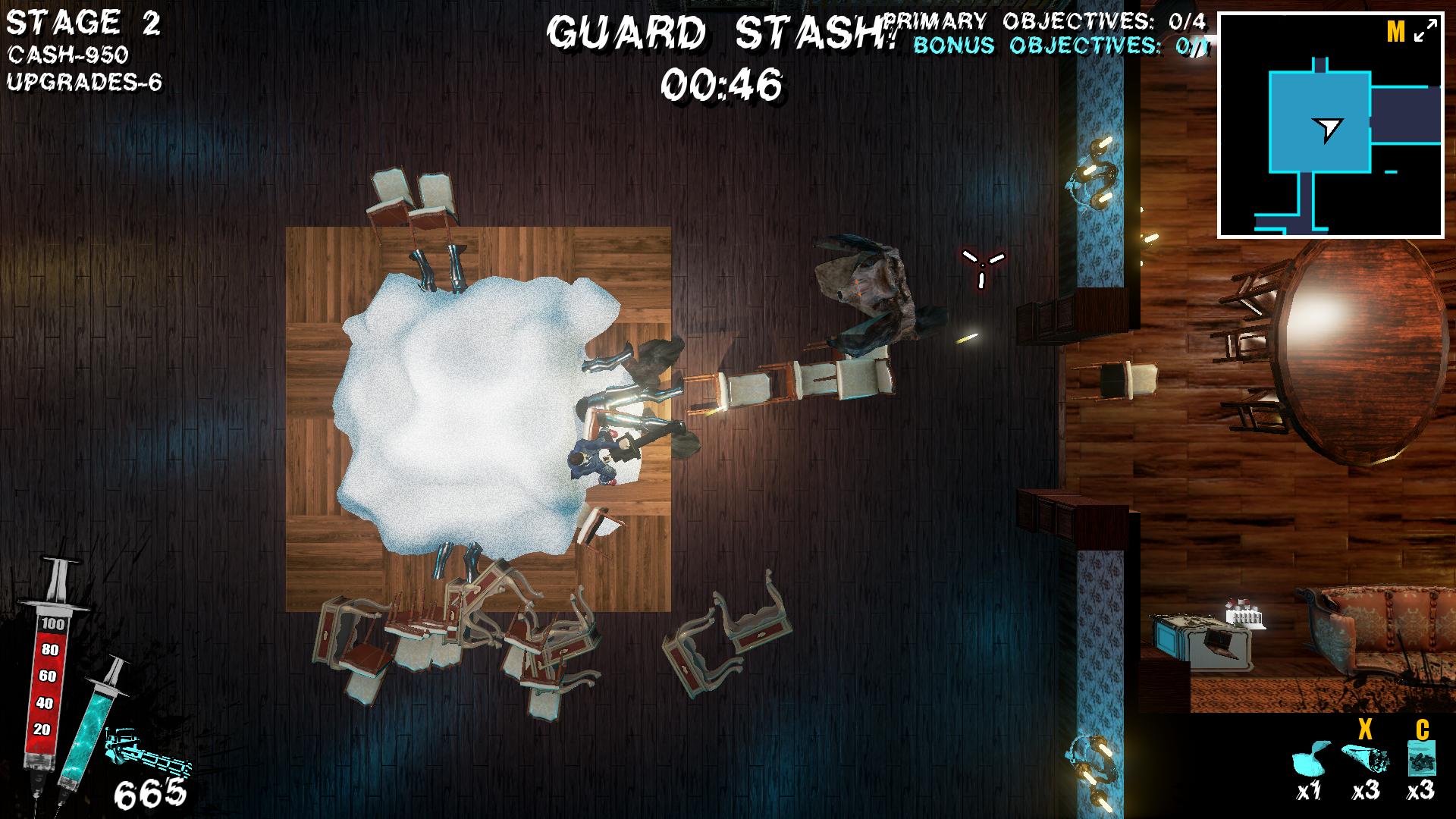 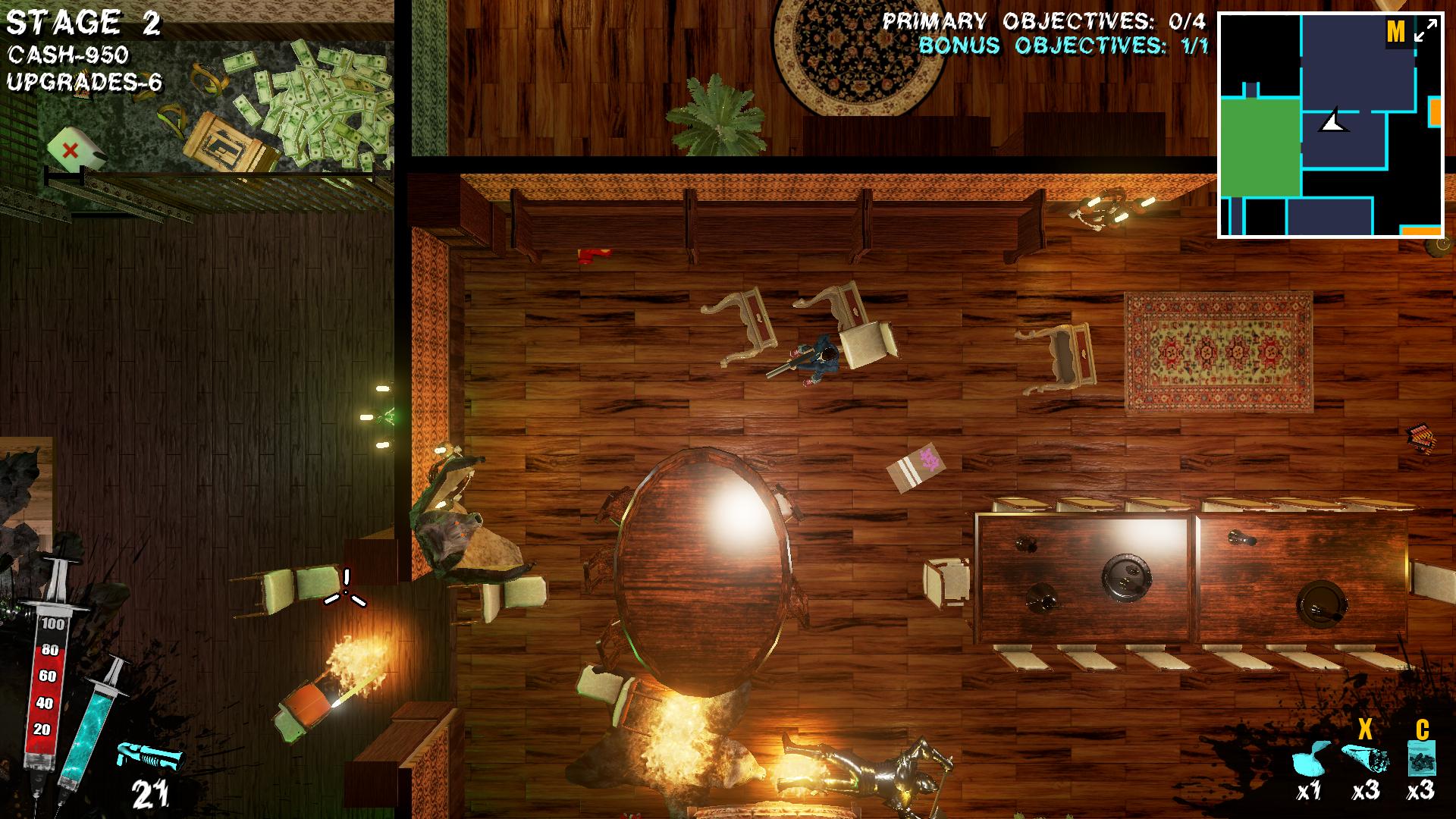 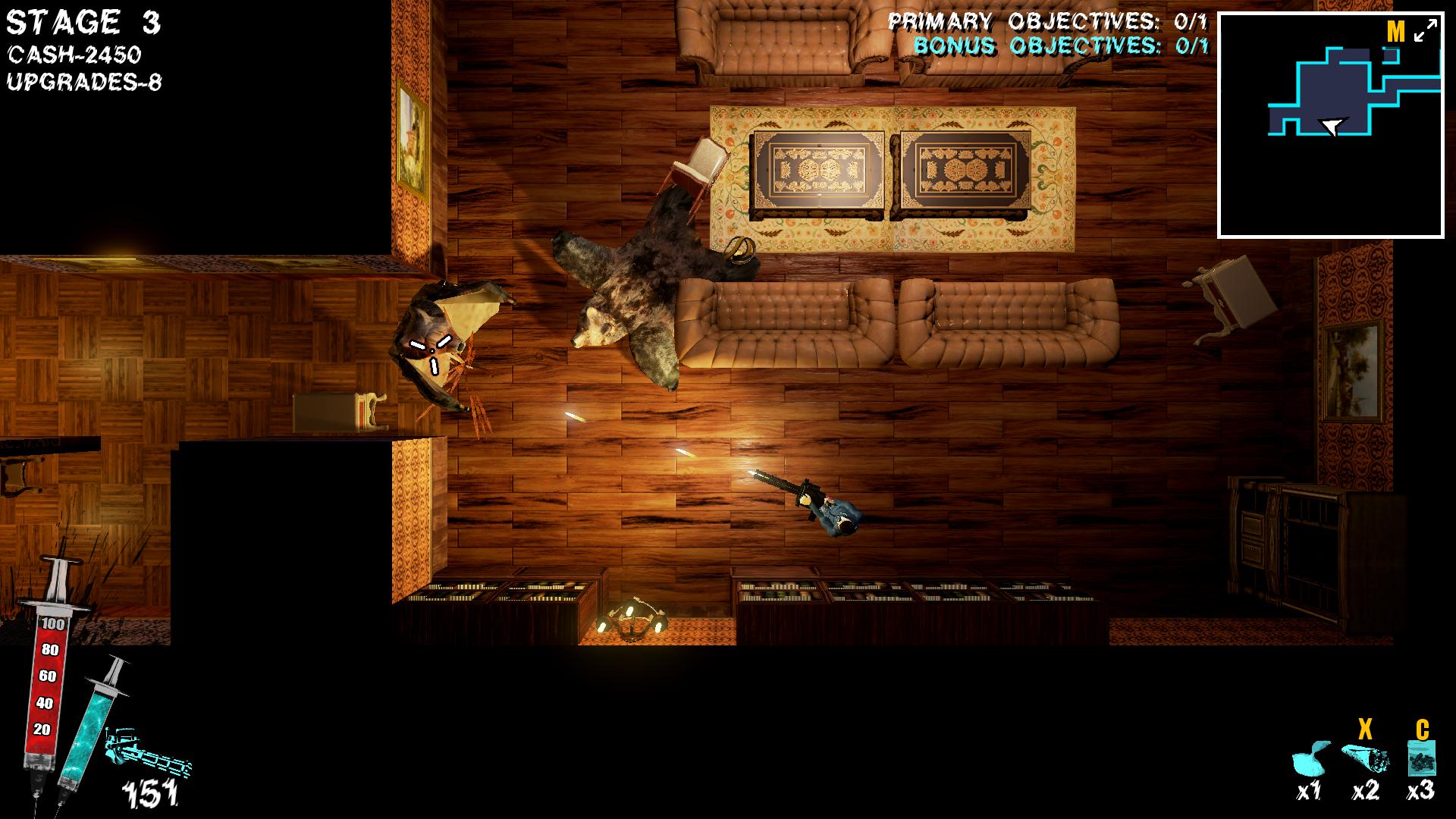 Get ready to overdose on 23rd May!

Overdosed: A Trip To Hell is finally coming out of Early Access on 23rd May with our final update! This sees the game complete with the never before seen Mansion arena!

Its been a long road to bring this game to life and I’ve learned a lot over the past couple of years. It’s always been my aspiration to create games that I can be proud of and share my creations with the world. Hopefully, if enough of you buy it I can continue on to bigger and better games in the future

2 years ago I foolishly thought it would be a terrific idea to try and make a game without writing a single line of code. But thanks to the magic of UE4 blueprints system, and Rama providing extra nodes, today I’ve pulled it off!
Though I’ve probably lost a bit of my sanity in the process, but I guess that’s indie dev for you! 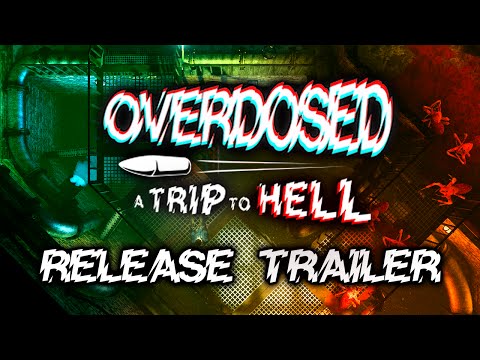 So how did the full Steam launch and 70% off sale go in terms of sales? I bought the game during the sale btw and made it to the top of some leaderboard.

I loved the flamethrower particle effect! How did you pull that off? Did you base it on some tutorial, or use a marketplace asset? If so, I want to know which one. ^^