Out of video memory trying to allocate a texture

Hey Guys,
I have added the grass tool into my landscape material in UE4.14.1 and wanted to edit some areas, then this happened:

I had this problem never before, it must be a problem with the grass tool or what do you think? 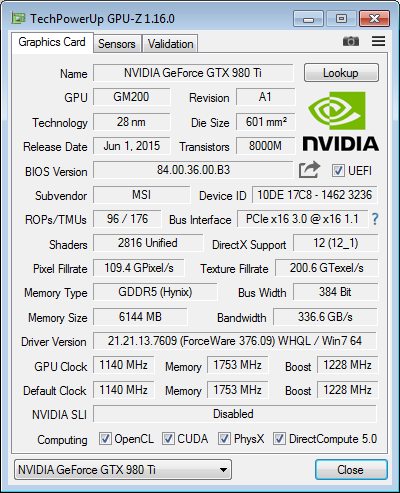 I have Win7 installed, would it be better to install Win10 because of Dx12?

I have tested this problem a little more out:

In the first minute I´m painting on the landscape, the video memory increases to about 6gb, after this point, it increases only slow, after 3-5minutes the editor crashes with the message above…
If I save the changes before it crashes, the complete video memory gets emptied.

Maybe there´s no problem with the grasstool, but with the video memory management?

Edit: It happens with a new Landscape too!

Yeah I think so, after I´m finished with Landscape painting^^

I have Win7 installed, would it be better to install Win10 because of Dx12?

Win10 and DX12 changes nothing. PLus DX12 is not complete supported here I think.

Win10 and DX12 changes nothing. PLus DX12 is not complete supported here I think.

I thought so^^
I had it installed win10 1 year ago, but got no connection to steam…

This happens for both ram and vram. The best thing to do is to change the editor settings to show the stats and pay attention to the memory usage. Go to editor settings>type “show frame rate and memory”>click the checkbox. Now you’ll see the stats in the top right of the main editor window. If the memory get’s beyond a certain amount, then save>close editor>reopen editor.

The editor is absolutely horrible about respecting physical ram and will leave all sorts of memory tied up for no reason (probably undo history, if I had to take a guess). Doing anything with large landscapes, like a change to a material that is used across all components, is one way to blow out your ram because it has to recompute all the shaders and the editor thinks it’s a good idea to just allocate 200000000000gb of ram all at once to do it, rather than sequentially chunk it out into small pieces of ram at a time. One reliable way to explode your ram is to make a large landscape and then import layer data from a png or something(world machine splat maps are an example). Do that for 5 or 6 layers and you’ll see the ram start climbing up to ridiculous levels.

Report this on Answerhub. It’s quite possibly a memory leak.

It isn’t a memory leak, it’s just poor memory management. I’d rather it take 3x as long to shader compile a landscape, if it meant that I didn’t run out of vram or didn’t spill over from ram into the pagefile.

If y’all report this stuff on Answerhub rather than here, there’s a chance of it being changed or looked into.

I’m flabbergasted by how this has been happening the last couple of engine versions without a fix. I made an answerhub post a while back but it went nowhere. Its odd.

Out of Video Memory (Ram Cause)

Lets start with system specs. AMD Phenom II X6 1055T NVIDIA GeForce GTX 1080 (8 GB of VRAM) 16GB of Ram And four harddrives. Now for the problem. I have a third display which diagnoses and displays stats for my computer. When I’ve been working...

As referenced in the post and in this thread, it occurs when the ram is maxed out. It doesn’t seem to be a problem with the page file either as it doesn’t max out the system controlled page files created.

I stumbled upon this thread, and then found a fix that worked for me on a reddit thread:
https://www.reddit.com/r/unrealengin…to_allocate_a/

changing the paging file size as described in this link to a size the same as my graphics card’s video memory fixed this issue for me:
https://www.thewindowsclub.com/incre…memory-windows

Thought I’d post back here in case it helps someone else sincce it looks like i’ve been unecessarily living with this issue for the last year.
Mine was set to 3g. Setting it to 8 to match my 1080’s texture memory fixed me up.

It appears in my case at least unreal was mis-reported as out of video memory when it’s actually running out of paging memory or something to that effect.

Hi @MagicBots I have that issue even with a new RTX 3090, but changing the paging files size did not solve it
UE 4.26.1
I have also set TDR values (registry), and paging file size up to extreme high numbers.
But the problem persists…
Any ideas are highly appreciated.

Paging files sizes: Does someone know, what minimum and maximum mean? (I tried to set the minimum on very high and low values, no difference)

I have this same issue with my RTX 3090… Rebooting solve my problem for few hours, but issue still there…

Experiencing the same issue with RTX 3090. Adjusting paging allocation did not correct error and crash.