There is things that you can never get rid of, however sometimes things change rapidly enough to lead you into another period of life.------I find itself really interesting when looking back
at the time developing Space Jones VR.

Motion Sensing Flying
Actually the demo version player’s can fly all direction in 3D universe, but we found there would be lot of motion sickness. So we change the first version of “Space Jones VR” to fly only forward with constant speed, but player can control with HMD to evade meteorites and cannons during body motion.

Background
Around the outer place of the planet, there is a meteorite area. The meteorites came from a successful interception of an enormous meterorite called “Border Collie”, 20 years ago right before our main storyline. Actually it is an open area we can fly to any corner(not yet applied in this version). Players need to fly towards the next scene level by level, and eventually cross the meteorite area to destroy enemy’s “space base”. 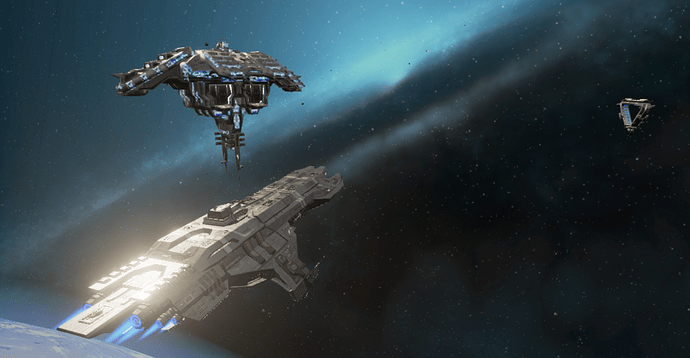 Weapons
We really want to bring back the feelings in the childhood when we first jump into a video arcade, a little ship with infinite force and developing potencial, you can directly face an entire fleet with no fear. So we made our basic weapon upgradable by several ways, considering bullet form ,cool down time and so on. Btw as super weapons are not that crazy in Space Jones VR, I personally am quite satisfied with the degree of difficulty—to survive, you will need to be more focus on every objects around you.

I know wearing HMD a long time is not so comfortable, so we focus on how we run the game fluently, at this point, we couldn’t determine the weapon and explode effect for not a short time, tried it over and over again.

Enemies
Playing the game, probably you would find enemies “seem weaker than they appear”. That’s just because we have put most art designing resource on the enemy battleships. We’d like to see them solid and vivid, instead of something shallow and easy to be tired of.

For us, an indie game development team based on Unreal 4,the VR hardware by now still limit us from doing many thing we love to.
When it comes to planning new experiences, such as fluent controlling, scene switching, still got traps and edges. However we are
so happy to see people on steam and oculus like the game.