Hi guys, bought this cgtrader model of a mansion with interiors earlier and having a really hard time getting it to run smoothly in UE4. As per the sketchup screenshot i made a single components of the heavy repetition stuff like the roofing / flooring / walls interior walls % floors etc

So i havea total of 70 components.

When i import it into Unreal though and select all and group them it takes FOREVER to respond as well as move the entire object around the map.

Any ideas what i can further do to optimise it for Unreal? I left many of the indoor objects as single components as i wanted to change certain aspects of them (like chairs / beds etc)

Here’s sketchup project with me clicking on roof as one entire component. 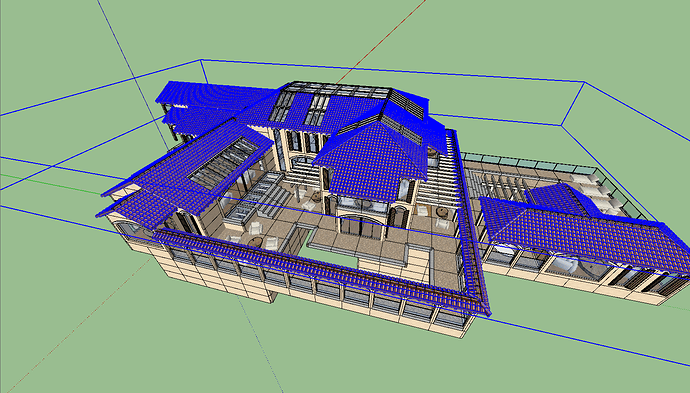 How many actors do you end up with in your world outliner?
And how many triangles do you have in your scene.

In Sketchup i literally just select all instances related to the roof, then right click and make component (replacing original instances). In sketchup it then says they are one component so not sure why they are individual components in UE.

PS - This is using sketchup 2021 and the beta version of the datasmith exporter. 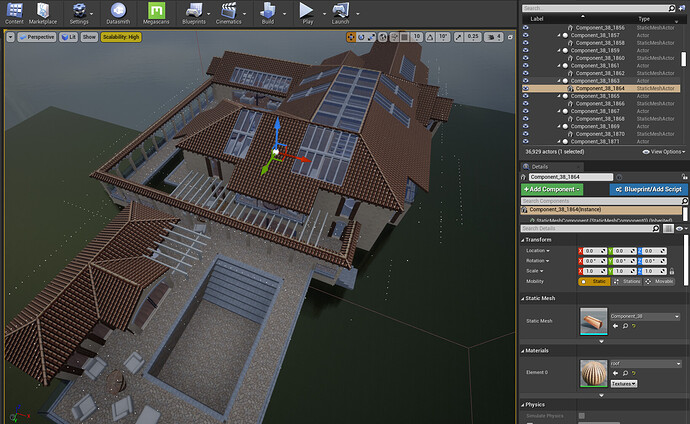