hi guys , i really need some big help to get UE4 started on my Mac pro 2010, if not i will have to move to unity, this is very critical. I cannot launch the engine at all. I ahve attached my computer specs too. please help. URGENT!@@@!@@@@ 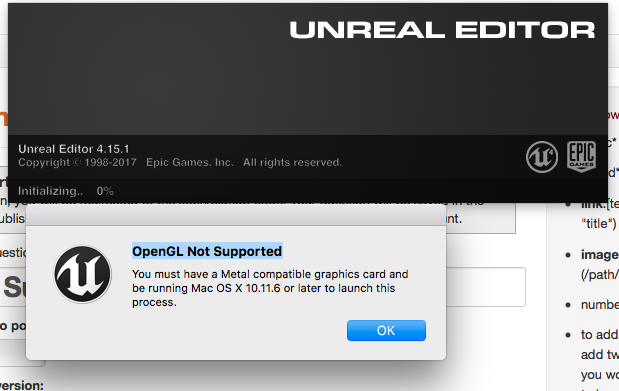 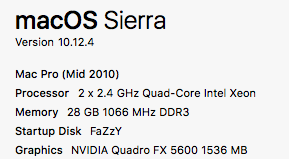 Unreal Engine 4 version 4.15 and later require a Metal compatible graphics card, which means an Nvidia 600 series, AMD 7000 series or Intel HD 4000 or later. Apple may not officially support upgrading the GPU in your Mac Pro, but you can replace the GPU with an AMD 7950 Mac Edition or NVIDIA 680 GTX Mac Edition, or some PC NVIDIA GPUs (the 900 series requires NVIDIA’s online WebDriver and the 1000 series isn’t supported at this time) which should then work in UE4. For full, out-of-the-box, support from Apple and Epic a newer Mac is required.