Description:
The game is purely a dedicated server. It’s an attempt to create something similar to a certain game server that existed in a video game called Neverwinter Nights in 2003-2004 but with modern technology. Please watch this video I made: 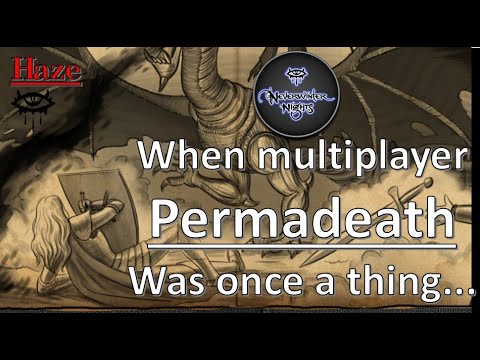 To be clear, it won’t be about recreating this game (Neverwinter Nights). Also, the goal is not to recreate the server exactly as it was, but create something similar to this server in philosophy; with the following main principles.
Hardcore role-playing. players need to be whitelisted to play and be in-character throughout the game. For more info on role-playing (specifically this video is about Neverwinter Nights, but it explains role-playing in a nutshell) - https://youtu.be/KOt2VsBGQEU
Permadeath - Death is permanent, no small print. Dead is dead. For more info on permadeath and why it’s important - https://youtu.be/XmzCRtmhe38
Slow progression - New players can make a difference. For reference, 2 new characters will still be able to 1 character who’s been playing a few months. Generally speaking old player-characters won’t be egregiously overpowered over new player-characters.
Low-magic - Though fantasy, it’s still gritty and realism-driven. Magic will be very rare.

We will be spending the first couple of weeks if not months simply discussing the systems that will work best for this kind of gameworld, without even touching the game engine. So, above all, this project needs thinkers interested in this project. Note that my channel is dedicated for this project so if you watch my videos, especially recent ones, you will understand the philosophy behind it better. Shooting to have about 50-100 players playing concurrently would be a success.

The special thing about this project is the collective intense immersion that could be created there. There will be story-driven megaplots and players will be able to affect changes with their actions and progress the story.

As written in the title, it’s an open source project, no money will be made from it.

If you watched the videos, like the idea, and want to partake… please talk to me. There’s no discord at the moment, you can send me a private msg or reply here. I’ll start a discord in due time.