Open Level crashes game with no reason of failure

Hi!
I’m currently working on a system to efficiently change levels. I store the current level in a game instance, as I want to determine where in the next level I want the character to spawn. I have a few other variables in the game instance as well. When I want to enter a new level, I call a function in the character actor blueprint. This function is called with an event dispatcher containing the name of the level. This lets me change level from wherever as long as I have a reference to the player.

This is how the event is called from an external actor:

This is how it is called in the character blueprint: 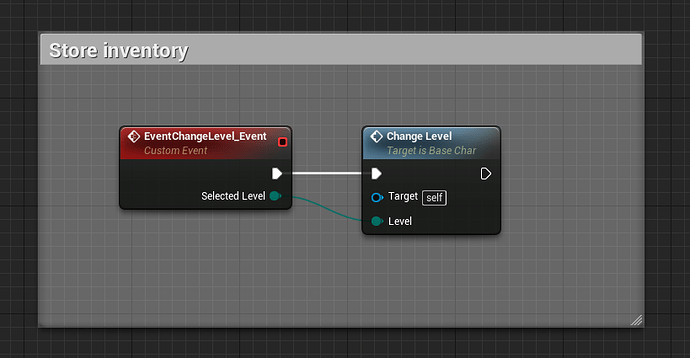 This is how the first part of the function looks: 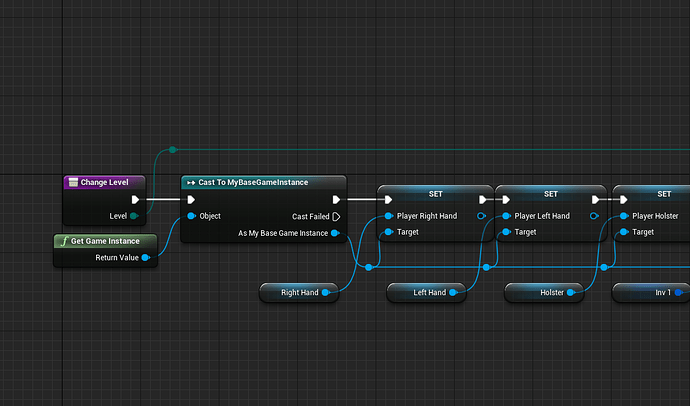 And lastly, this is how the last part of the function looks, and how the level is opened.

As you can see, I can determine which level I want to open from the actor that calls the Event Dispatcher. The function not only opens the level, but stores the players items in the game instance before the level is opened. So far this does not seem to affect anything.

Now, to the actual problem:
The game always crashes when the function is called, and this is the error message:

There’s clearly a problem, but it doesn’t state any reason for failure.
I have checked the Enum with the name of all levels, and they all seem to match with the actual level names. I don’t have any levels with the same name either. Are there any rules of where it is recommended to execute the Open Level node? Am I missing something here? The fact that I don’t get a proper reason of failure leads me to believe it might be a bug of some sort.