I followed the tutorial Intro to Level Creation: Blueprint Doorway cont | 10 | v4.7 Tutorial Series | Unreal Engine - YouTube on how to script a door that slides open when in proximity to it. I managed to adjust it to work on two doors moving in opposite directions but since I’m new to Unreal, I feel that there is a more efficient way. In the way I got it working, I used two trigger boxes. When I tried to use one, the doors opened but only the one on the right closed. Is there a way I can have the “reverse” on the Timeline for the door on the left to also work? 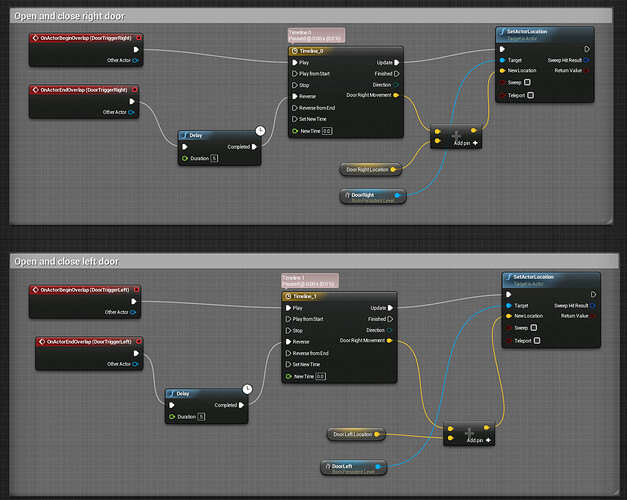 Both doors are dynamic meshes? if one is settled to static it won´t move. Also, check if the doors aren´t colliding with anything, if they are, they will not move. Also, to your second Blueprint, use a Sequence to activate the reverse node for both doors, like this picture for example: 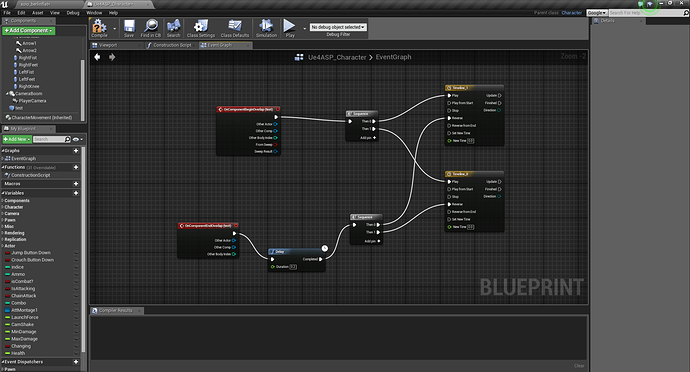