Only one Player Moves (Player Controller?)

Hey everyone, I have this problem where I am trying to get two characters/players to move at the same time using WASD for the first character and the arrow keys for the second. Only Character1 moves when I start the game. They are two separate BPs. I’m pretty sure it’s something to to do with the Player Controller but I don’t know what I’m doing wrong or what I’m missing. 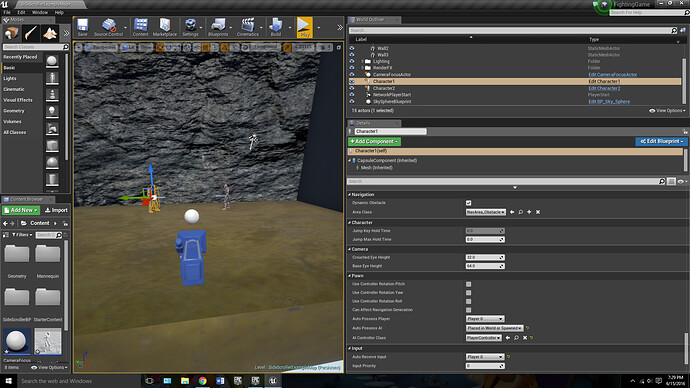 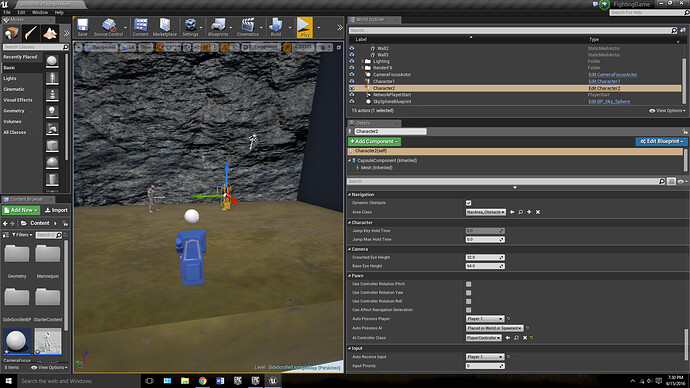 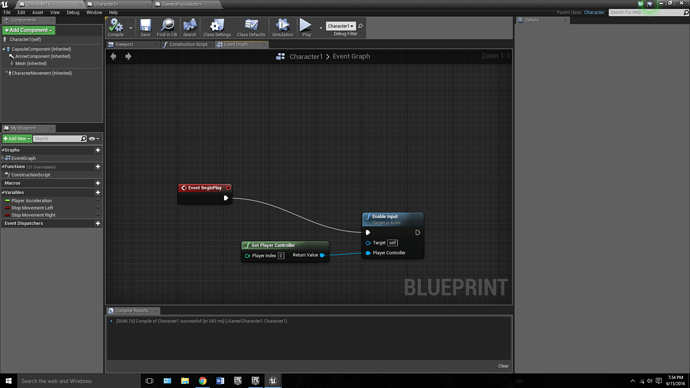 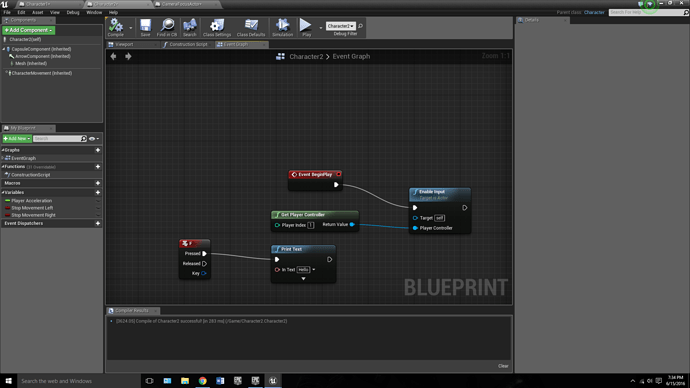 (I used F to check to see if he was accepting any input and he wasn’t. Pressing F did nothing)

Character1 can move and jump but Character2 stands dead still: 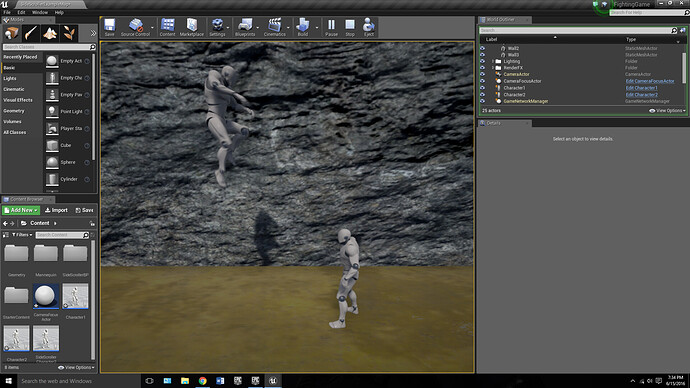 Are you trying to make a LAN game? If so then Character2 only has Player/Player Controller 0, so you are possessing it with nothing.

No, I’m just making a local multiplayer fighting game. Do you think I should change something in the game mode? I’m using the SideScroller template.

The parent class for both characters is Character

I`m not sure, but i think you have only one player controller. You must connect other player via server-client functionality or use Create Player node for splitscreen afaik.
Also i’ve found a question similar to yours:

How do I create a split-screen game?

I have begun creating a game where I need one player to be controlled by the mouse and keyboard and at least one other player controlled by a gamepad. I can create the second player and enable splitscreen, however I have no control over the second...

It’s not a splitscreen game, it’s a fighting game like Mortal Kombat where a camera follows them around. But, I’ll look into that question, thanks! In the meantime though, I would still appreciate any more suggestions

“For local multiplayer, Unreal cannot do split controllers. Because first keyb/mouse/gamepad/joystick always assign to Player 0. And all other game controllers assign to next player accordingly. Other words, you need to connect 2 or more gamepads.”

So if that’s the case, how can I assign the same keyboard to work for Character1 and Character 2? I don’t really understand

This is the cameraBP where I store the references to Character1 and Character2 as Variables (C1 and C2).
I also checked to see if Character2 is Player Controlled but it’s not, apparently 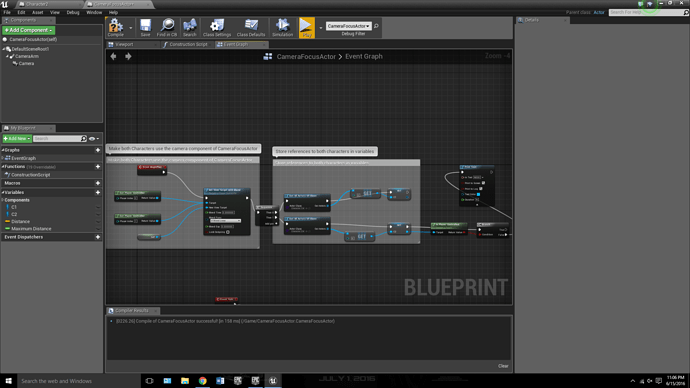 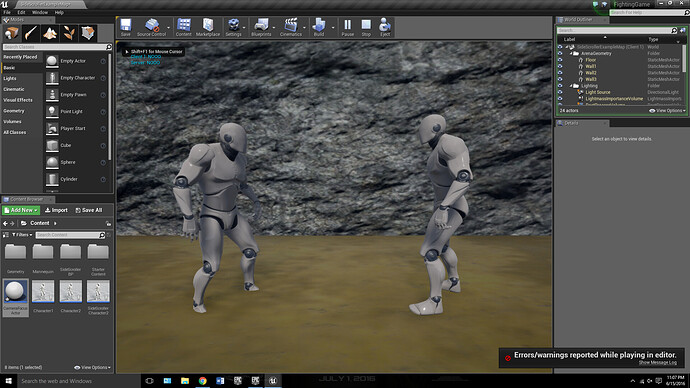 did you ever figured that out?