So, I have a BossEnemy, and I had it set so that OnComponentBeginOverlap (head), it would start a damage sequence. However, it didn’t work, so I did a little bit of debug, and I got to where even just a simple PrintString off of the node doesnt do anything. I have Generates Overlap Events on, and I have the collision preset set to OverlapAll. What am I doing wrong? 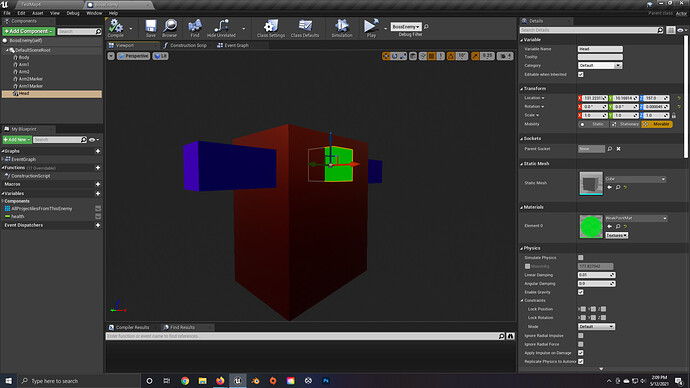 Could you show the collision settings of the entities that are supposed to collide?

I have the collision preset set to
OverlapAll

Would it break anything to change the collision of FirstPersonProjectile to OverlapAll? Or do I need to approach this another way? 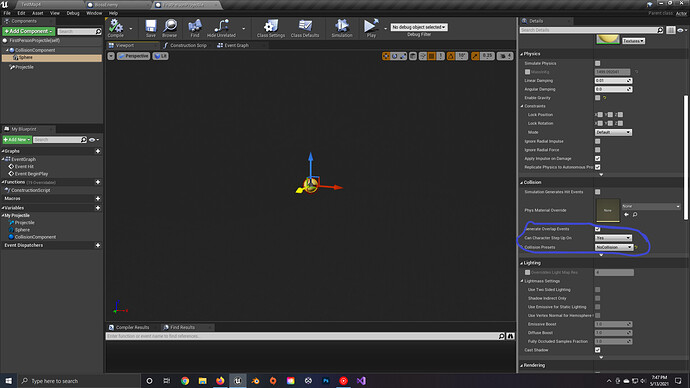 Update: Turning on OverlapAll on the projectile as well did nothing.

Not sure whether I understood the scenario right, could you clarify a couple of things:

The player (or something) fires a projectile, right? And then:

Which scenario are you after? All of them? All are doable.

The monster detects that the projectile hit its static mesh head, preferably.

The monster detects that the
projectile hit its static mesh head,
preferably. 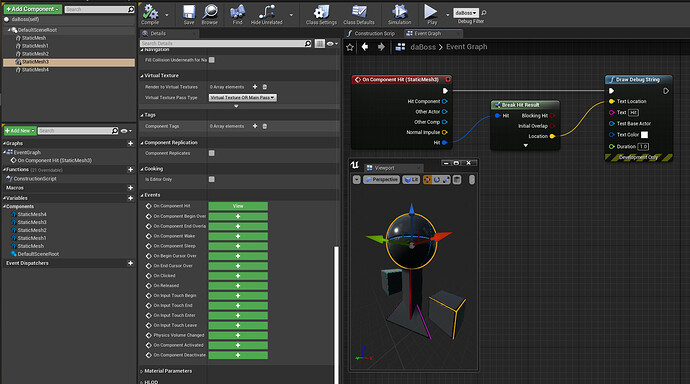 This was done in the first person template. No settings modified, the meshes are a part of the engine. I’ll post their settings below. 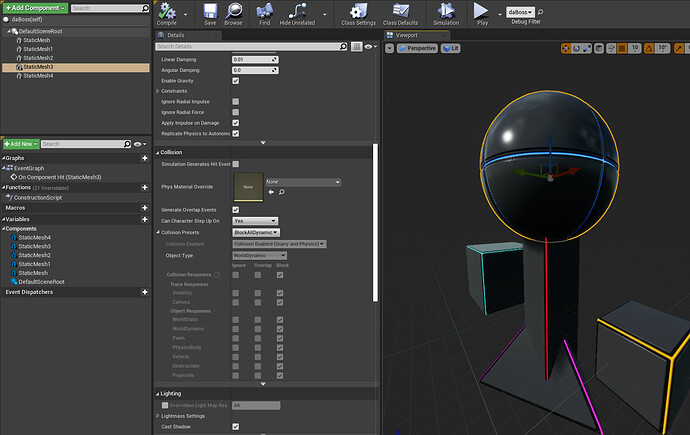 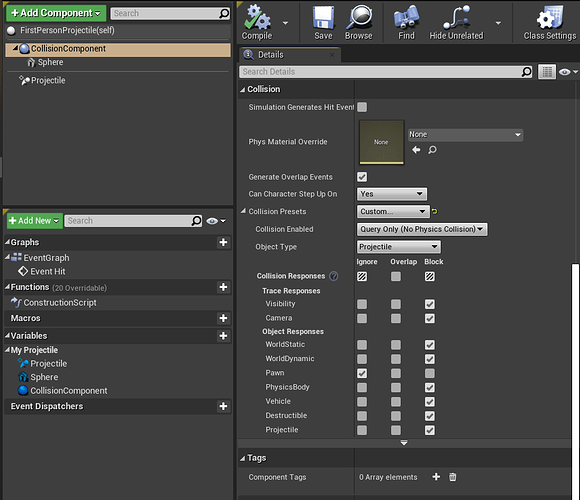 See if you can double-check these.