I am creating 2nd person ball rolling game and I have run in to a problem, I want to use “W” as accelerator (AddForce) and “Y” axis mouse movement (AddLocalRotation) as steering, however, once ball gains high velocity in one direction it ignores “Yaxis” mouse steering unless “W” is pressed and additional force added in new direction.
Is there a way to make velocity follow camera rotation?

Basixlcally your “steering” doesn’t exist.
you are just rolling the ball towards the same direction.

Then you just arbitrarily rotate the object.
Obviously, if there is no rolling there’s no visible sterring.

My advice would be to rethink the approach and base it on some perhaps more typical player controllers.

Try this tutorial. See if the base is a bit better for what you need. 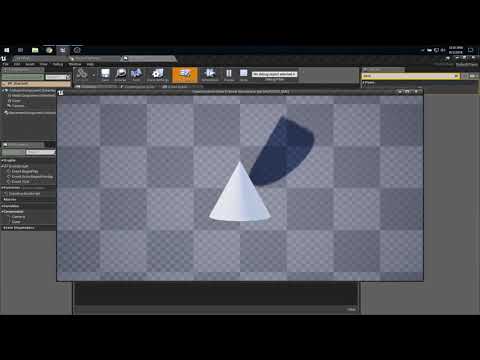 Thanks for suggestion MostHost LA! I looked in to it, but probably because of my incompetence I couldn’t make it to work like I wanted.
However, after two days, I think I managed to solve my problem, at least for now it seams fine (still needs some tweaking).
Solution is in attached picture - basically I got value of added forces vector and constantly multiplie it by component vector, then SET it as velocity value. Angular Damping is needed so actor doesn’t wobble and mass center had to be moved forward by “1”, so added forces won’t lift nose up and it won’t jump all the time.

I hope this helps someone else in need and again thanks for support MostHost LA!