Okay so I’m toying with some meshes from Fallout 4 (personal, private project, using meshes from there as placeholders to test the system I’m working on) but the OBJ files out of NifSkope (the exporter tool I use to get things out of the game files) come into UE4 without their UVs. I opened the OBJ in max and the coords are perfectly fine there so it’s definitely once again an issue with UE4.

If anyone wants to test, I can upload the OBJ file I’m using (it’s a bullet for sanity, and the meshes don’t belong to me so I’m not comfortable sharing them) 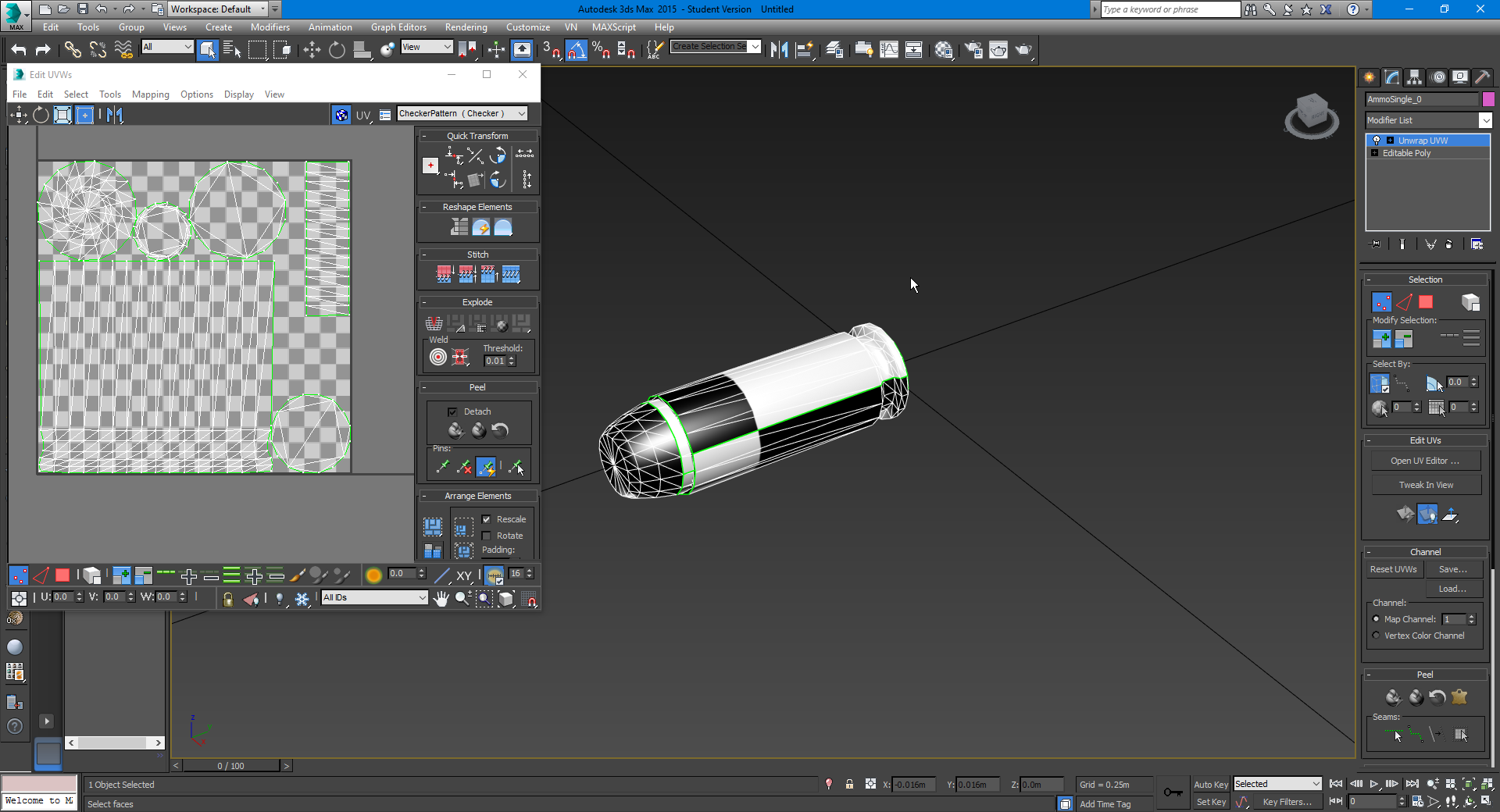 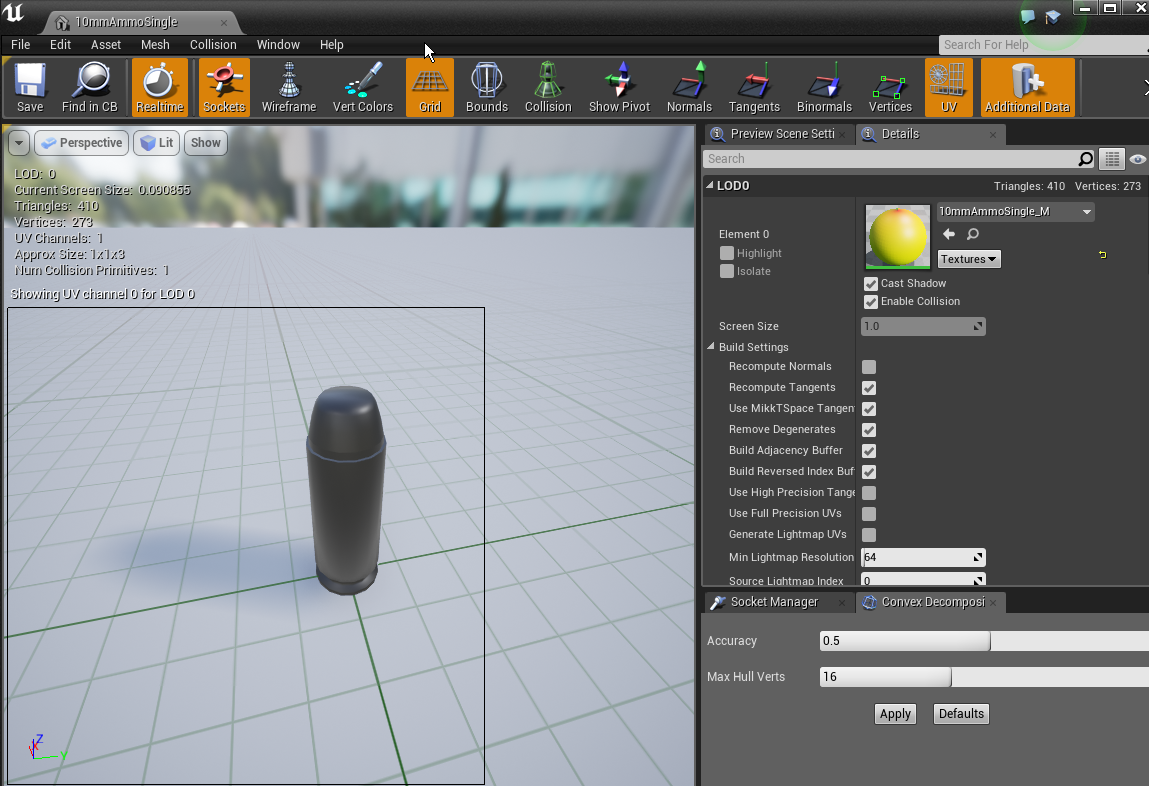 There’s nothing changed with the OBJ between those two pictures, but UE4 refuses to load up the UVs.

Did you export the UVs with your OBJ? There’s a separate option in the export window.

The UVs were exported with NifSkope, and the OBJ I loaded in max is the obj which I got from that program, so yes. The UVS look fine in the raw obj text also.

Exporting the OBJ to OBJ from max works, but that’s a bit rediculous considering the OBJ files aren’t really any different.

Update to the latest 4.13.1 hotfix. There was an issue that would prevent some UVs from being imported properly. Try that and see if that fixes your issue. If not it would be better to make a post on the AnswerHub in the Bug Reports section.

But yeah, the only thing I can think is the “missing smoothing groups” thing is causing it, because exporting from 3ds max as obj fixes it, so hopefully hotfix addresses that