Nothing good in life is for free

I have been using UE4 for the last 3 months, and I start to understand why other engine still charge some money, either as a fixed price or on a monthly basis.

Then you start going for more serious stuff and notice:

So as soon as you start developing a full and modern game, where ‘how it moves’ and ‘how it handles’, so ingame physics are important, you realize, that nothing good is for free.
UE4 is still good as a starting point for game development and to shoot a few zombies or whatever, 1990’s first person shooter style, but in my opinion, for modern games, Cryengine, Havok (for physics, or any other paid-for engine is way to go.

…1990’s first person shooter style, but in my opinion, for modern games, Cryengine

Ehrm, what kind of shooter was this? Doom was a bit later…

I think your conclusion is overly dismissive. Just because the engine may not be a good fit for you, that doesn’t mean it isn’t capable for “modern games”, whatever that means.

This is a list of notable games using a version of the Unreal Engine.

This is a list of games that use a version of CryEngine, developed by Crytek. The main article on CryEngine gives further details on the engine itself and its versions.

So, the INDUSTRY is using Unreal. I think they don’t care too much about your considerations.

So your saying that all of a sudden UE4 is absolute **** because it went free? LAWL!! you sir are funny

Larger studios use it as a starting point and then modify and modify until it meets their needs. It is the reason why Ubisoft&Co. all have their own engines.
I am talking about peeps like me and you. You have to code everything that is halfway advcanced yourself, see list above. Your average tech teeny is not going to fly with that any higher than shooting zombies 1990’s style. Give it one or two years, everybody will associate UE4 with amateur zombie shooters.

If you find Cry engine or Havok better suit your needs then moving is a wise choice for you and I wish you success in that, however there is no need to put down Unreal engine as part of that process.

I do think you’re on the wrong forums

You are misinformed to say at least, or lack knowlegde. Your pick.

CryEngine does not have animation editor. You are either stuck with what you get, or you delve into C++. Aside from that CE also doesn’t have full body IK. Only hand/feet.

PhysX is a engine for ‘pretty’ games that comes with many compromises (unstable collisions detection, no access to joint positions/anle via API, etc…)

Right. Do you have any data supporting this claims, or you just trolling ?

I think claims like that, specially using that way of expressing yourself, will only diminish the chance of getting a real answer for most users here. But now that I read it again you never asked anything.

One thing is true, if you want to make something that is not part of what “natively” UE4 (which IMO already covers a **** ton of possibilities) allows you to do, you need to be a guru-level C++ coder, and also to understand perfectly how UE4 is wired up. And that is something ~99% of indies cant do.

Someone should move this OP:Drivel to OFF TOPIC.Just a thought.

any other paid-for engine is way to go.

Just googled it, my eyes…

I wonder if the OP was trolling?

Don’t care about soft body. Ever see it in a game? nope. Because its not worth having.

Rope physics: there’s a plugin for it.

Physx: Its used in tons of games. I’m not entirely sure what you’re getting at here, but it DOES work and it IS AAA quality. Any failure here is generally something you should be looking to yourself for.

Now with that said, stuff can still be improved. But please do some research before posting about things will you?

whats wrong with 90s shooters? they were some of the best shooters ever made.

@ Inside: about your points:

multithreading for physics:
a must! UE4 PhysX integration will not use more than 1 core, even if the framerate is at 1 frame/sec.
Cry Engine 3 and Havok both do it. Physics just has to be multithreaded and not cramped into the same thread as the rest.

2. Inverse Kinematics:
CryEngine has N-Bone cyclic IK. I had to write my own IK in UE4 for flexible use. If I have to do this, then why even use UE4 first place. Any modern game uses IK.

3. Softbody
That was actually Havok, my bad.

4. PhysX
PhysX is definitely a not so accurate engine, optimized for pretties.
Show me how to access joint locations and angles during runtime. I also had to do this myself, and I am still not sure the joint frames are held stable.
If you do not believe me, see here.

(page 8, PhysX)
PhysX always goes into games where physics is just a gimmick.
I wish I was trolling about the topics, then I would be happy with what UE4 gives you in the ‘pretty looks department’. Just being accused of trolling when issueing criticism shows the zombie shooter audience that UE4 attracts.

UE4 PhysX integration will not use more than 1 core,** even if the framerate is at 1 frame/sec.

Not sure about UE4 integration, but multithreading in PhysX 3 is fairly effective - benchmarks here

I had to write my own IK in UE4 for flexible use.

Why not to share it with communtity, so UE can be better ?

3. Softbody
That was actually Havok, my bad.

And what’s the deal with softbodies ? Don’t remember any Havok game that uses them.
Btw, tetrahedral softbodies were present in PhysX 2.8, but were cut out, since there was not much interest in such feature.

Show me how to access joint angles during runtime.

If you do not believe me, see here.

PhysX always goes into games where physics is just a gimmick.

Well, there are PhysX based games with straght physics based gameplay (puzzles and such), for example - Crazy Machines, Trine, Besiege, Octodad.
Also, plenty of in-house engines outside UE4 are using PhysX for core gameplay mechanics (character controller, collision and hit detection).

No, PhysX SDK of course has it’s own limitations, but it widely adopted, and is rapidly developing, and it has free licenses with source access. If you don’t like it, ok - $$$ and Havok is yours.

And, out of curiosity, have you actually worked with Havok ?

Sound a little insulting. No wonder you are accused of trolling)

As requested, this thread has been moved here. 8-}

Don’t care about soft body. Ever see it in a game? nope. Because its not worth having.

I dont care much for this thread. But i just had to show what soft bodies do… or can do if implemented correctly. 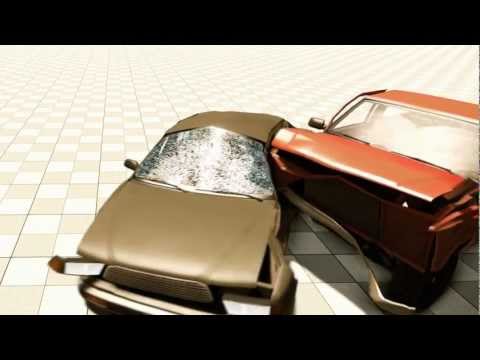