NOSTOI is a narrative 3D puzzle and platformer game with a gameplay mechanics based on the physics and time manipulation. The game is about a boy who tries to escape his psychological trauma.

It is a calm, but challenging single player title which requires focusing and careful analysis of the environment in order to succeed. The story has quite a few analogies to cognitive and psychological phenomena, such as “false memory”.

If you miss the old indie classics that charmed the player with a unique art style, gameplay and plot, than NOSTOI is the title you should be interested in. KEY FEATURES:

• Narrative, platformer-puzzle game
• Cel-shading and chibi art style
• Puzzles based on the physics and time manipulation
• Plot with references to the psychology and pop culture
• Calm, but challenging gameplay

NOSTOI is a part of Indie Gala Hump Day Bundle #64!

NOSTOI is a part of Bunch Keys Bundle #41! 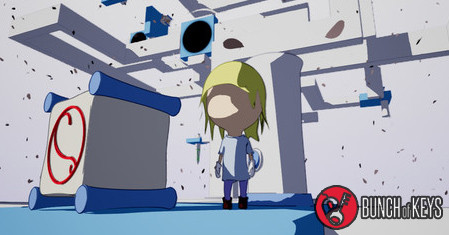 I liked that you used the camera lens effects for in-game camera objects instead of for the whole game. It’s a nice use for a technology that I consider mostly useless.