Hello,
I’m having a problem when I try to retarget an animation to the default skeleton.
In the source window nothing appears and I can’t do the retargeting thing. 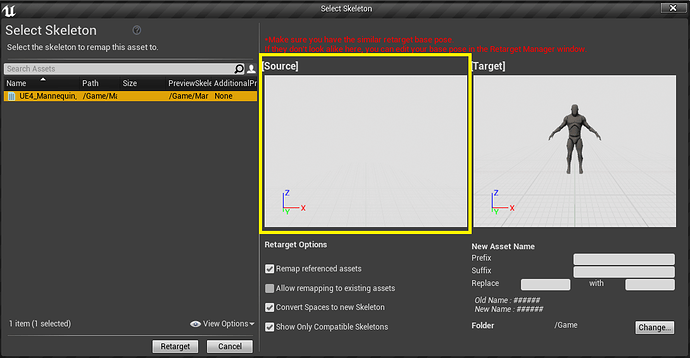 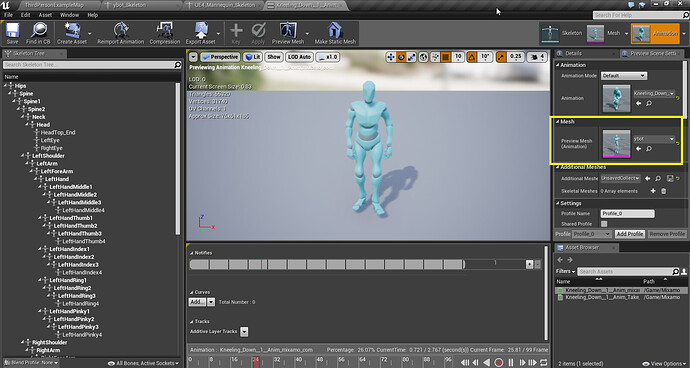 If I click on “Retarget” button I get this error:

because the default character’s skeleton is set to Humanoid , unlike your blue character , so go to skeleton tab of your blue character , click on little arrow and chose humanoid rig , and then at the bottom click Modify pose , and select use current pose , then yu’ll be able to find the skeleton when trying to retarget under UE4_Mannequin skeleton …and something else , that mesh should be shown on the left side in (source) not the right (Target) , and even if it was shown in the right and the skeleton you want to retarget didn’t appear in the right side , its okay , all you have to do is click retarget regardless of whether u see it or not , just make sure the pose is similiar , chose a T-pose , or A-pose , just make sure to save poses when you change something too 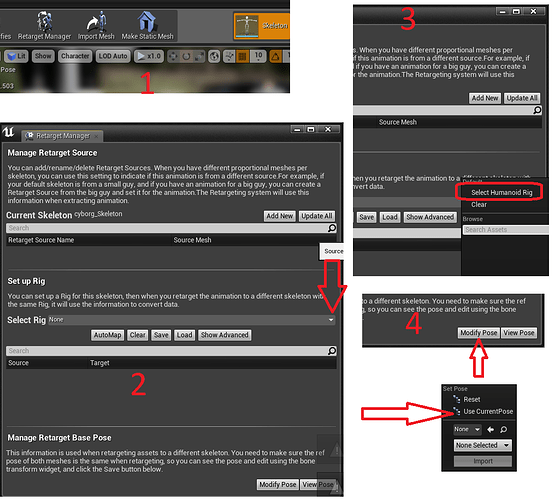