I used to be film/ad modeler and I recently switched to game modeling…
I have a lot of questions mostly in regard to optimization (I never had to worry about 16 or 32k textures for film props, or milions of polys)

Now I found many tutorials showing me how to bake normals, how to model props, but non of them tell when to do what… so here are my questions:

so the basic question is: in year 2015 is it performance wise, hardware supported and demanded by audience to bake down all assets from high poly or should I bake just 50% of most important assets? or something else? I am really confused here

thank you for all the help in advance, and you can expect even more dumb questions as I am starting to work on my first game in September 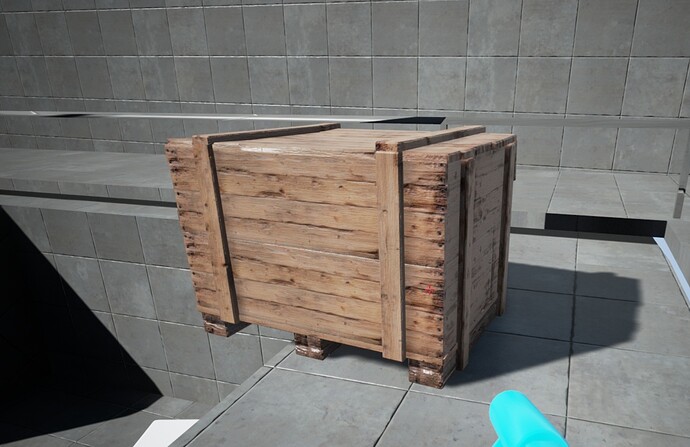 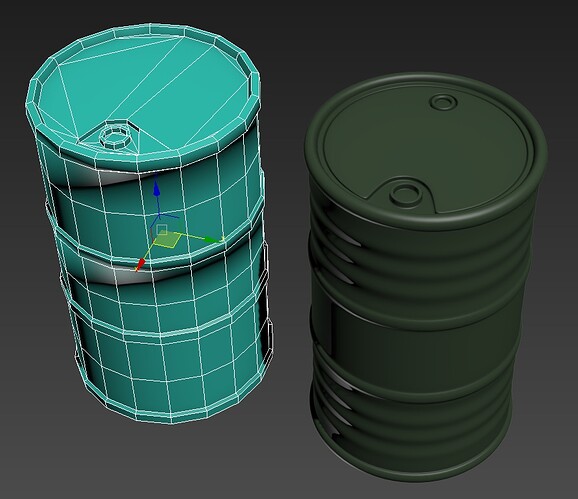 Good questions. I come from the same background (non-realtime rendering, counting minutes/frame rather than frames/second… yeah, just throw a couple more 8K maps here, it’ll be fine) so I understand the confusion.

EDIT: Addendum: In general, rendering lots of polygons is not a problem these days. Performance problems tend to come from other factors (too many drawcalls, too expensive shaders, too many dynamic lights in the same spot, etcetera). If one would be inclined to pick nits, your barrel has three edge loops that do nothing for the silhouette of the shape, and should therefore probably be removed, unless they are used for UV purposes… if you want to be all fussy and thorough.

Main mesh = 1000 polygons
LOD 1 = 500 polygons
LOD 2 = 200 polygons
LOD 3 = 6 polygons. Because you are far enough from the model so you don’t notice anything. So LODs work like that. Now if one says Reduce 30% of the mesh for LODs it’s just a general guideline but not efficient because it works different for each model. You have to trust your eye.

Thank you for really helpful answers you are right about those three loops on barrel, but I plan to add some bends on barrel, so overall silhouette is not just rectangle from side which leads me to another question:

I heard that I need to add seams on smoothing groups borders, now I am going to experiment some more

Bonus: Yes, where there’s a hard edge on the low res, there must be a split in the corresponding UV layout. So, hard edge = split the UV. In Max terminology I guess that means each smoothing group corresponds to a separate UV island (not a Max person here)

This is what I got with your help, its on the way, still some problems with wavy cylindrical object bake, but I managed to fix them in photoshop

Tomorrow I will have a closer look on Draw calls, what they are and how do they affect the performance 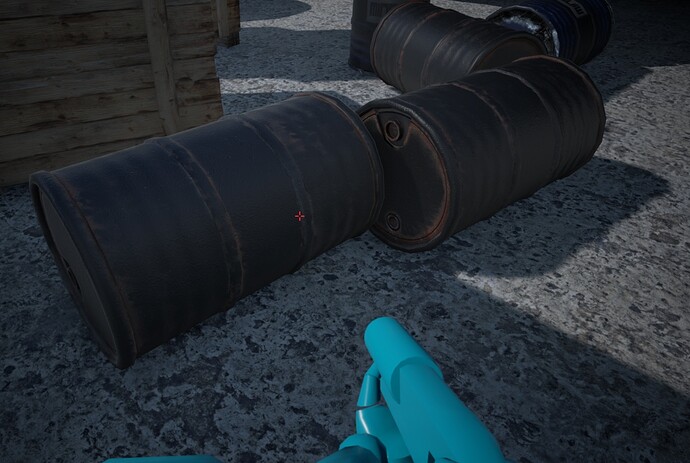 You can get rid of waves by baking a 16 bit normal map and then in PS converting it to 8 bit.

This is what I got with your help, its on the way, still some problems with wavy cylindrical object bake, but I managed to fix them in photoshop

Tomorrow I will have a closer look on Draw calls, what they are and how do they affect the performance

Yeah, those wavy lines are typically the result of the cage used when baking (if you are using a cage). A few edits to the cage would definitely solve the problem. Or, another solution, is to add support edges in the low poly geometry to help lock down the face normals. Painting it out is a fix, but if you can fix it at it’s source, it’s better for the production pipeline (revisions, etc.).

Here’s a huge post about why there’s waves when you bake. http://www.polycount.com/forum/showthread.php?t=81154

TwistedPrism is right though, you really want to avoid painting normal maps, especially if you are using a sync tangent workflow.