So I am new to the whole cinematics, and I recently became interested in it. I had built tons of worlds, for personal projects. I would love to build games, but at the moment it is outside of my scope. So I started messing with animations, and cinematics. I can at least tell my stories with those, and there is a lot of learning and skill that will go into getting good at it.

So I thought I would post my first render here, and ask for advice on what you guys think of it. I spent the last week scrolling through Megascans, some of the published epic, and Quixel projects to get some ideas, and borrow some assets. Instead of sticking to 2k textures. I bumped them up to 4k and 8k, when possible. I did use some 2k textures for distant objects and static meshes. I mean, no point in having an 8k plant 20 meters away from the camera.

I built 3 worlds before setting on this map. Which was made in world generator. I broke the map up into different levels, to manage streaming-only areas that needed to be loaded, to try and save as much system resources, and I needed them. I would love to get my hands on a 3090 RTX, but that is almost impossible ATM. I also build each layer of the area onto different levels, one for 3D assets, one for foliage, and one for lighting, post-processing, etc. In case I placed too much and my computer chugged to a halt. Let’s just say “I have learned from past pain”.

Although this is a WIP, and there is a lot of placeholders that will be swapped out as I get around to making them, characters, animation, sounds, effects, etc. I just thought I would ask you guys for any hints, tips, suggestions, or recommended practices, that I might not be aware of. I still need to get my head around post-processing, camera focus, and tracking objects. I built this area including doing all the sequences in about 16 hours. I would still be working on it now, but I need sleep

and I must have spent more time tweaking camera positions, foliage, and 3D assets to hide telltale signs of bad texture blending or the annoying straight lines of fakeness or focusing, refocusing or bad attempts at tracking. I have just run out of energy, and I need some sleep

So I leave it with you guys for now, and I will look forward to reading your feedback and critisms later. 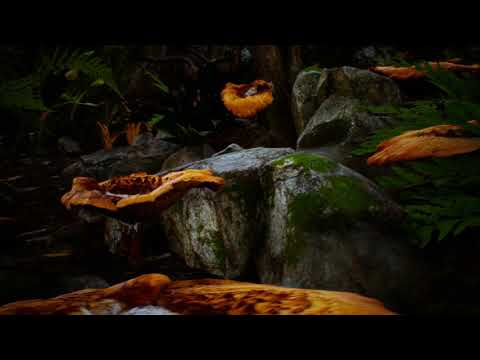 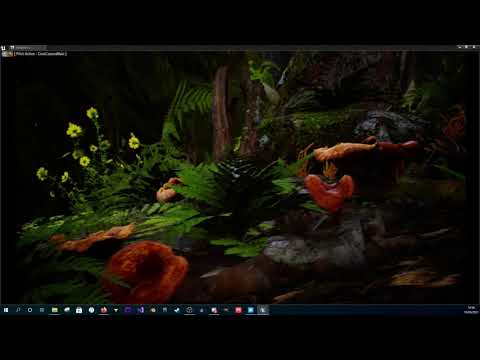 2nd OBS recording, with sounds, but no animations. I need to work out a way to play animations in editor, or run the engine in play mode while also running the sequencer or I just throw it all into studio pro and render it as on file!