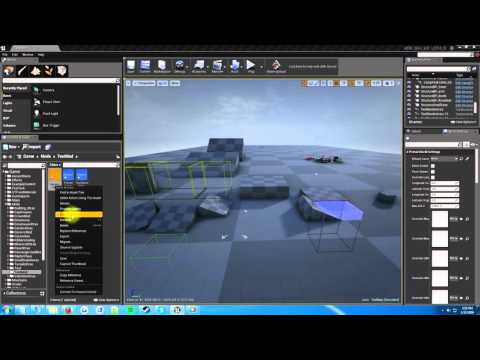 This is the first of many episodes. We will be showing you everything you need to know to get your mods going so please stay tuned =)

Thank you for creating this, I have over 900hrs in game and have been wanting to create a mod for the game for a while but felt totally lost, I am forever reading these forums and watching the very few videos that are around, but they are old and are not updated to match the current state of using the Dev Kit.

I just noticed that when I use the ARK Dev Kit via Epic Launcher it says ARK Dev Kit v232.4 is that correct version?

Does the ARK Team take long after releasing new Dev Kit versions before it appears in the Launcher and automatically appears as an update? or should I get it now and use the very latest ARK Dev Kit version to create my mod?

as a noob manually updating sounds **** scary LOL I read that first sticky thread in the forums on the Dev Kit update and I am like “huh?”

I want to make a mod that just alters the landscape/terrain slightly, flattening off some areas and removing some foliage. Where do I start? Do I copy all of TheIsland content over to my mods folder?

I opened the island file and deleted everything but the skybox, weather and day cycle folder, one player start and the water. when I built my landscape it was black just like yours and I can see all the primal data in my folders
I should be good to go yeah?

thank u very much dude

i hope u will make a second video soon

second and possibly a third video will be out tomorrow

yea u should be good to go tkat

Hey Bradley, well I am up for the challenge, my theory is, I will try to work it out until I break the Dev Kit then get a new one lmao.

I just managed to make my first working Map, uploaded to the Workshop and everything, so happy right now!

Hurry up with the next videos, desperate for more info over here!

Will do and in the spirit of trying things out, I went and got the Ark Dev Kit v234 from Github, extracted, then dragged and dropped the folders over. When I play via the Epic Games Launcher or via the .bat file it still stays v232.4.

Any idea what I have done wrong?

Hey, yes, same thing, I just dragged and dropped the files over.