This is being set up for a client character, what I was needing the character to do was to have their lower body be driven by the players input axis values for moving forward and moving right. All the axis values is that of a float that is in a range of -1 to 1, with that number I was needing that drive the characters lower body motions for strafing. This works on the client being able to see their character move but to the other player it looks at though their lower body is not receiving any input at all but they are still moving.

So where I am lost at is two things, how come the values being casted from the player character BP cannot be used directly in the animation BP with a setup that is shown in the second image? (granted the float values are not replicated and all that)
Or if these values cannot be used then what would be a different way of setting this up in the animation graph so that both the client player and the additional players are able to see the character doing their strafing movements?
This was being tested in the editor with two players running on a dedicated server, here is a video link to see what the problem is and that I am seeing while playing.

From the player characters BP 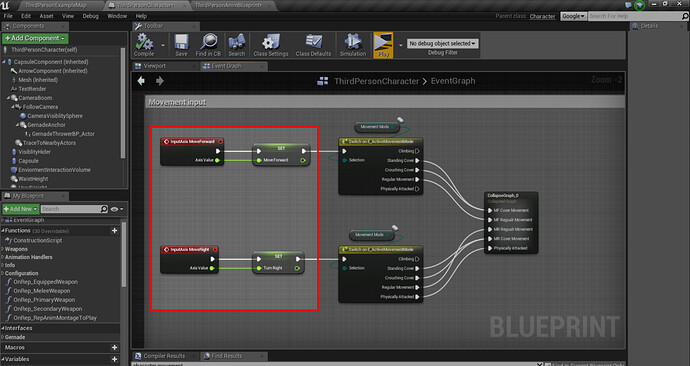 From the skeletal mesh’s animation BP 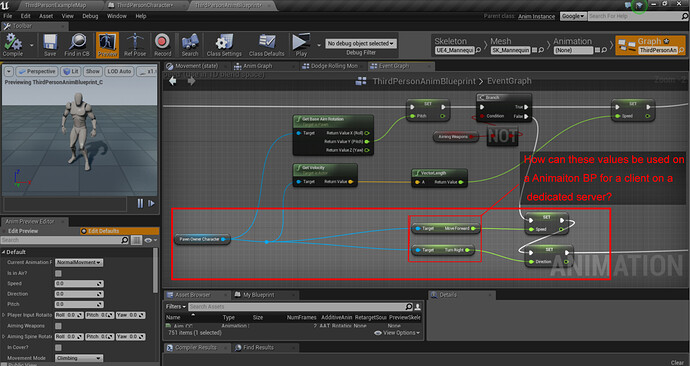 Hello
I had similar issue before and this is how i solved it.
This is caused because player input only exist in client controller and the server dont know about any update to this values.
Since you are storing this values you jut need to make them replicated and make a server function to update this values on server. ( try update on client locally before call server update so you have smoother animations on client when high latency)
Hope that help

There is no need for creating a variable. You dont even cast refreshin them.

Just use the existing calls of the movement axis! 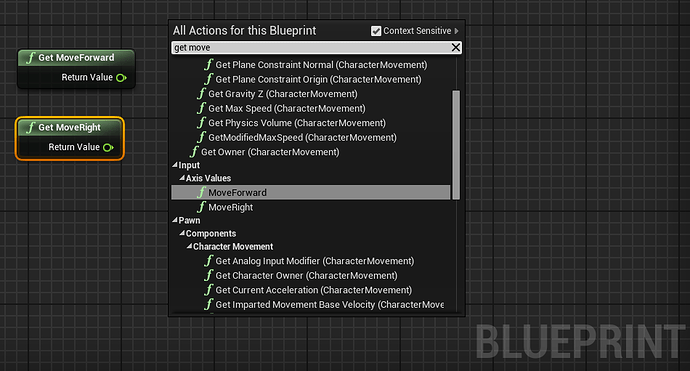 PS if your movement on server is broken, you should think about how your Animation system works.