I’ve been doing quite a bit of reading but all of the teleports I see are for 3D environments.

I assume I could just grab the X and Y of my player location, add value, and use teleport. Being very new to UE4 though I cannot figure out how to do the addition part.

There is always the issue of wall collision too. As an alternative I could use force to quickly push the player forward which would solve any potential in wall or out of environment issues. I’d actually prefer this. I could even use it to break through ‘hidden’ walls.

Is it THAT hard to generate a charging effect?

Not hard at all, just depends on which solution you prefer. And 3d is not that different fom 2d when its only about location, in facts its literally the same + Z.

Ok, I assume you use a Blueprint that derives from Character. So just go to your EventGraph and do this: 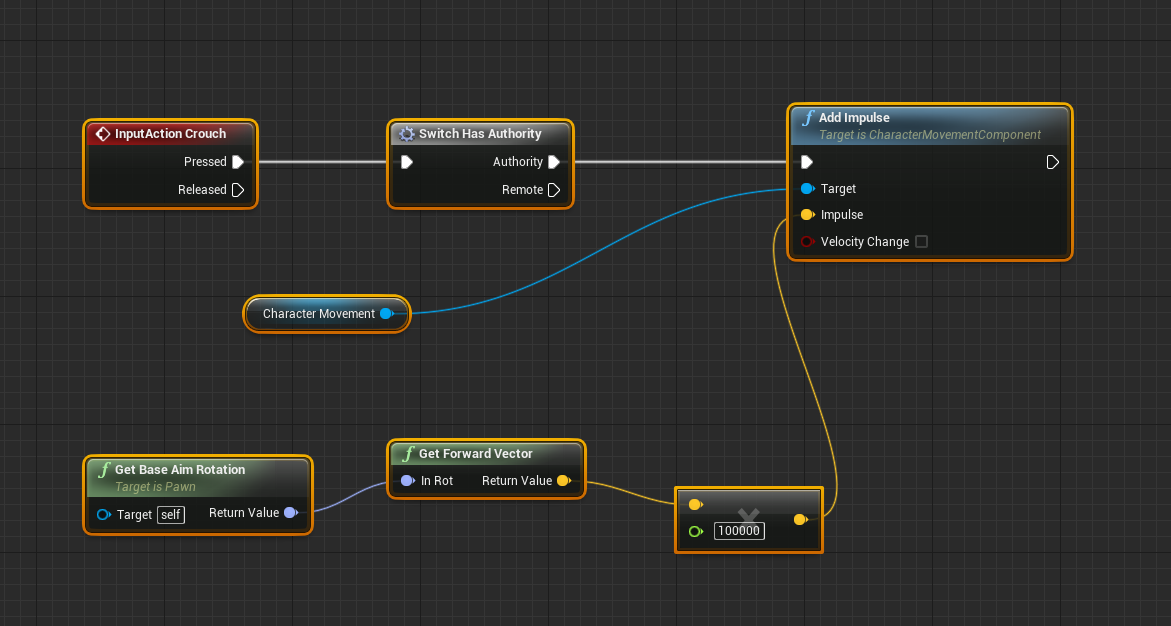 BaseRotation just takes the camera rotations forward vector and multiplies it by a value/force.

If your game is not first person, then just swap GetBaseAimRotation with GetActorRotation(), but then you probably need to crank up the value you mutlipy with, since your character will slide on the ground and friction could slow him down rather fast.

*Edit: alternatively, you could use LaunchCharacter, that pretty much does the same.

I ended up stumbling upon LaunchCharacter while waiting for a response but I wasn’t aware of how to set boost based on facing so that helped clarify a lot, and simplified my BP. Thank you!