need advice creating a control rig in maya (i'm half way done) am i doing this right?

im trying to create an animation control rig in maya 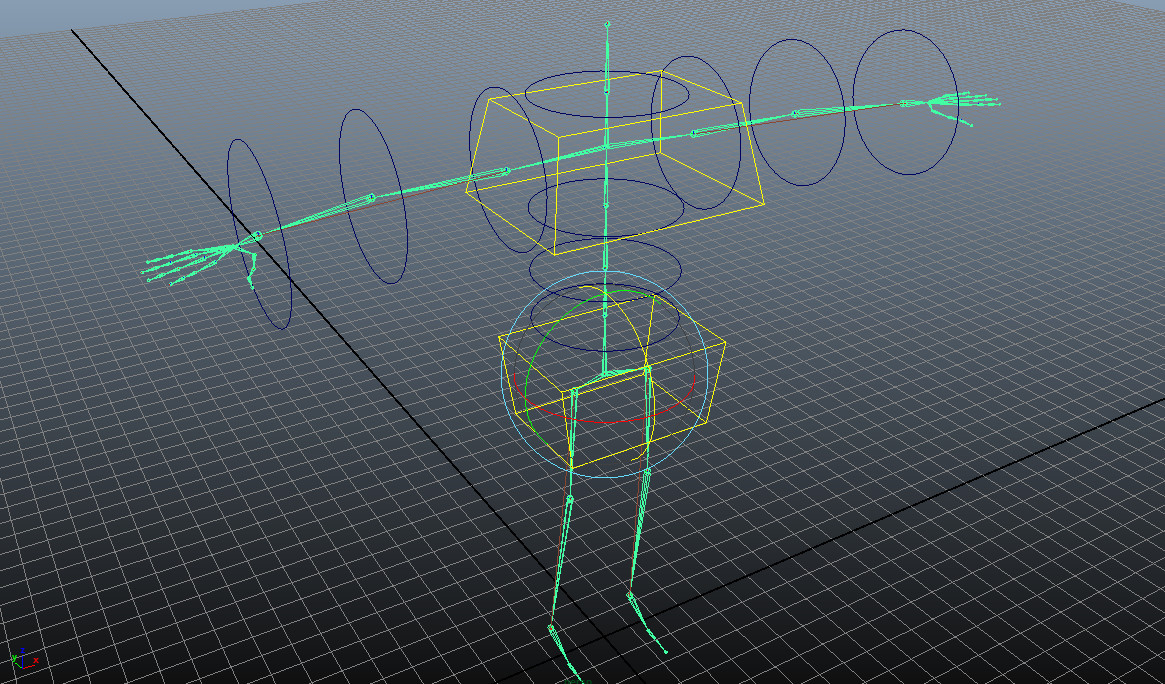 i have a few questions
1.)should i use ik handles on the fingers? (the animations involve holding guns and other objects FPS type game)
2.)how do i create the box thats on the chest and hips? (i copy and pasted from another project) i would prefer to build everything from scratch so i can get a better grip on everything and make sure i avoid bringing in data from another project that might cause problems, (when i pasted the boxes they came with their own layers)
3.)what type of constraints should i use on the control objects, on the rings around the arms and boxes on the chest and hips
4.)does anyone have some advice on what else i should add to the rig? i seen some rigs with controls for the elbows and knees and completely seperate rigs for the IK handles (any tips, tricks or suggestions would be cool)
5.)is there anything i need to add to the rig that would be required to use it in UE4?

1: No; lock rotation for axis the fingers shouldn’t spin instead, in channel box. Easier to pose them that way.
2: Easy way: create a cube and assign new material to it; delete its shading group. Long way: create it line by line and group with Ctrl+G.
3: Rigging proxy controls you’ll want to use only constraints for bone rotations in most cases.
4: The elbow/knee controls are actually IK pivot controls; they are good to have for poses where IK effectors are too close to each other.
5: UE4 has a DCC plugin for Maya rigging which you should use instead of making this.

1.)ok so do i just parent them all to some control proxy? i seen some rigs that have a special control that lets you spread the fingers out and curl them in all together or one at a time. how can i do something like that?
2.)how do i delete the shading group in maya?
3.)what type of constraints?
4.)not sure what you mean by the IK effectors being too close, i dont know what the IK effectors are. are you talking about the ik handles?
5.)i tried using that thing and i didnt really understand how to use it so figured it would be better to learn rigging from scratch, besides i have a bunch of other things i want to animate for my projects so it’ll be a pretty usefull skill to have considering how not everything in games is a biped

Anyway, if you have any more questions, just post em here.

just wanted to say im still not done i know i should have been a long time ago but i spent so much time watching video tutorials and getting discouraged so many times cuz alot of the tutorials would fizzle out half way and be missing information like switching from ik and fk. theres a few that use scripts but never go into too much detail explaining how they work so i spent a few days researching all of that and found something really interesting… a post someone made on another forum about this

http://tech-artists.org/forum/showthread.php?2807-The-IK-FK-Switch-in-Maya
1.)HIK in maya
2.)create 3 different bones one for ik one for fk and one as a result joint set
3.)create a button switch
4.)scriptjob
he mentions that he found four ways to handle ik and fk switching but that left me with a question…

Which method should i use with unreal engine? (im guna assume all these methods work and maybe its just personal preference but idk i might be wrong)
or better yet what do you guys recommend for switching from ik/fk?

btw
im actually going to be following another tutorial tomorrow im hopeing this next one actually works. it seems to be more promising then all the other videos i seen (its all written out super long tutorial)
http://cgi.tutsplus.com/tutorials/building-a-complete-human-character-rig-in-maya–cg-14575
theres some parts where they use driven keys but im not sure if theres anything about ik fk switching with a script maybe just with the attributes/buttons