Need a little help with blueprints for a Tower Defense game

Hey guys, I’m a newbie developer and I need some help.
So I was trying to make a basic tower defense game, just the basic concept, but I can’t figure out how to make it work only using blueprints…
All I need is a simple “enemy” A.I. that will keep moving, and a “turret” device that will spawn and shoot projectiles that never miss at the “enemy”, tried some stuff, but nothing works (not as I want, at least). I’d be very grateful if you guys could spare some time to take some screenshots and help me!

Can you put up some screen shot of what you tried so far, maybe people could help you fix your issues.

Yep you will need to show some attempts to know what can be fixed. There are plenty of tutorials around on creating turrets and lots about AI waypoints so you should be able to piece it together quite simply.

So, I actually got it to work, the only problem is that the last time I played it the AI is destroying itself for no reason after sometime, I don’t know if it’s an Unreal bug or if I’m doing something wrong… 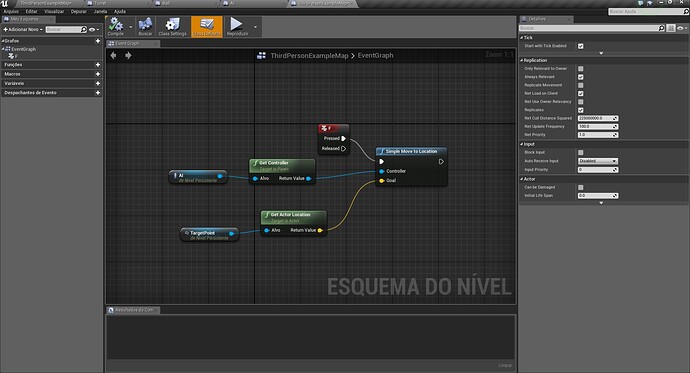 Got it to work, was a problem in the AI, the blueprints are fine.