Community Got Skills? Looking for Talent?
unreal-engine
FoxOfAquarius October 13, 2021, 3:44am #1

First to say what I’m looking for:

Who we have on the team so far:
A couple of programmers, scenario writers and 3D modelers.

Now finally the game:
Is anyone interested in working on a 3D Fighter? If so, then here is mostly what you need to know.

Title - The title of the game is “North Dragon Fist Tournament” or “NDFT”. It will be a 3D Fighting game with 1-on-1 fights. The main roster of fighters will be 8-10 max for a first game, since I’m sure balancing too many fighters at once would be a lot of work. But of course a chance of having 1 or 2 unlockable fighters. 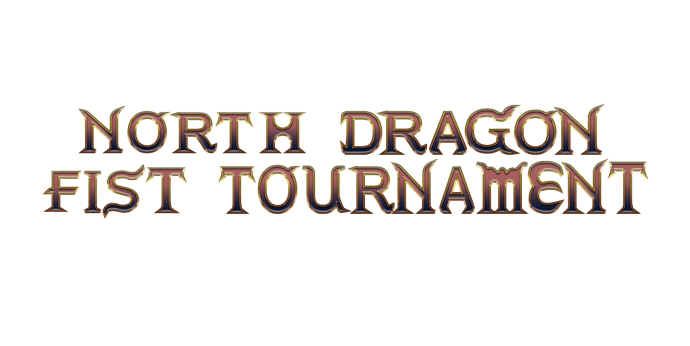 Synopsis - An invitation was sent to individuals to be a part of the “Dragon Fist Tournament”. Looking for strong warriors who can serve under the Great Lee Dragon.
Simple story, yeah I know. I left it that way as it will be more important to build the background story of the fighters themselves, which I have a few in mind and drawn out. I’m no concept artist by no means, so it would be nice to have a character artist who can fully flesh out my drawings for our 3D modeler.

Free Version - Free version of the game will only include 5 fighters. Will include online multiplayer, ranking mode, versus and arcade. Can obtain other fighters through purchase. Which will be $5 per fighter, including their outfits.

Paid/Unpaid Work - This is an indie project in where “revenue sharing” is one of the source of compensation. The other is through Kickstarter. Raising funds for further development of the game by officially paying team members who will hopefully be interested in future project developments. Main goal is building a team.

Monetizing - Some rare event-limited characters or outfits will be NFT.

Ranking mode - During a ranking season, players can play with other players online to increase their points. A match has 3 rounds. If a player wins a match, he’ll get 3 points, if he loses but wins 1 round, he’ll get 1 point, and he’ll get 0 point if he doesn’t win any round. At the end of each season, the top 20 players will receive a badge in the form of NFT and are allowed to participate in a tournament (held annually). There will be 3 trophies (gold, silver, bronze) also in the form of NFT in the tournament, additionally, the final winner will receive a small amount of money (I’m thinking about 5% of the game profit that month).

I have a fighting game mechanic in mind that I want to incorporate to differentiate the title slightly. But will still incorporate mechanics such as stuns, counters, taunts, block and evade to name a few. We can talk more about that. As for fighters, I don’t want to make too many move sets, but enough to reminisce the simplicity of fighting games back in the PS1, Sega, NEOGEO age, but with modern graphics. Heavily influenced by fighting games much like Tekken, Dead Or Alive, Fatal Fury, King Of Fighters and such.
Here’s the basic of what will be in-game

Regarding “Stage A” and “Stage B” term
Each stage has a Stage A and Stage B. With Stage A being the main stage selection. Stage B is part of Stage A but is an extra layer (like what you see in typical fighters like Tekken and Dead or Alive). Fighters can enter Stage B by knocking the opponent into Stage B by falling, throwing, strong offensive attacks and such. However, one stage in mind will be without a Stage B as it will be a big fighting arena itself.

Main Project Focus:
Starting out, we will work on 5 distinct fighters which are stated up above.

We will then seek crowd funding from the likes of Kickstarter to further pay for development of the game which will go to each team member. The funds will be used to pay for your daily work and any other materials you may need for development. All materials will be yours even after the project. You deserve it after all. We may also seek additional members and also add extra in-game content such as a secret playable fighter or a mini-game of sorts.

Other than that, the main goal is to build a playable build that looks presentable for funding.

Art style is reminiscent of games like Tekken, Street Fighter and Dead or Alive. Beautiful female fighters, built upper body male fighters. Every fighter has a varied look about them. There are some character descriptions at the bottom of the page to explain more about the characters personality, story and background. Still being updated of course.

Fighting arenas are mostly square maps with many variations to design. Most keen to temples and such.

I personally will be the lead game designer. I compose a little music, writer stories, do a little concept art or sketch mockups, come up with ideas, game mechanics and will focus on making the game; product fun. Am looking to put together a team. I have a google docs page that goes into furthers detail on the game itself. Including character descriptions, background story, game mechanics and such. If interested, hit me up for further info.

Also my discord is FukiyoDear#9448

Not sure if this is allowed, but…

Is this a paid position or will it go off royalties? also do you have a timeline planned and a GDD?

Whoops missed that part in the post, read it now

Yup! Also regarding timeline. Within 6 months if possible. Creating a small demo for a YouTube promotional video and as well as to seek funding on Kickstarter.

As far as a GDD goes. I have one written up on google docs which goes more in-depth on the concept, characters/fighters, gameplay mechanics and such.