Im trying to work out some kinks in my characters movement. I created a landscape with some hills. I then added a Navmesh bounding volume. it seems my click to move character will only go so far above and below the origin. He can not move at the tops of hills but can move at “sea level”

When looking at the Navigation through the view port, my character should be able to move freely since most of the landscape is green however he gets stuck all over the place.

Im guessing the issue lies in my characters movement blueprints, but i dont know what to change. 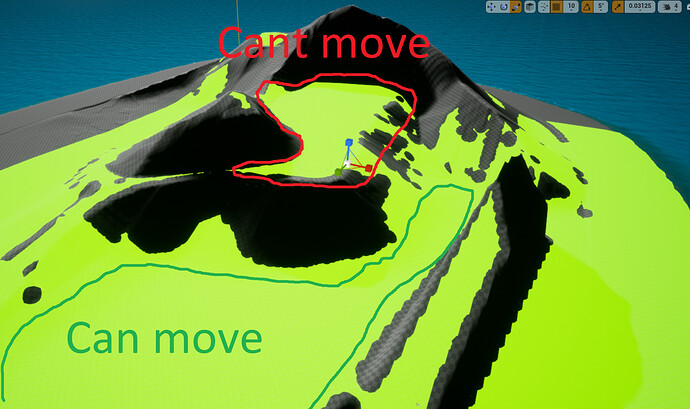 Solved. had the location set to break the vector and make vector from just the x and y coords. so once z was greater than 0 he didnt wanna go any higher