Navmesh Agent Radius doesn't do anything

I want my ai to be able to get closer to walls, but if I change the Agent Radius property in the project settings, the navmesh doesn’t change. Changing other properties works, it’s just that one.
I’m on 4.27, but have noticed the same issue in 5 EA in a different project.

What do you mean by closer to walls?
Can you elaborate on this?

I don’t know how to say it other than I want the AI to be able to pathfind such that their position is closer to the edge of walls or obstacles. I remember working in past versions that changing the agent radius would change how close paths could get to objects, as well as the minimum space required for a path to happen between two objects. In the screenshot, I have an obstacle in a navmesh. I want the navmesh to wrap around it more tightly, with less space. Again, changing the agent radius should do this, but the navmesh doesn’t seem to change. For now, I think I’ve found a workaround for my specific problem, but it would be nice to know for the future why the agent radius isn’t doing anything for me. 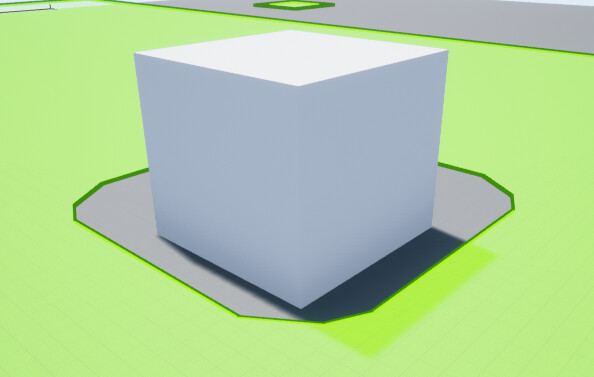