Mythos of the World Axis

Traverse the maze of the miniaturized underground world and light the fire to appease your gods in this third person experience.

It is currently and will most likely remain a VR exclusive project!

Download of the traversal demo is available at the Oculus Share App Page
Oculus forums thread is here.

Play through from Game_Hard4-0:
https://youtube.com/watch?v=IUc8aH1T5K0
I know I have used A LOT of stock assets provided by Epic, but at this time this was just a small demo put together for an equally small gaming event / game show here in Estonia.

Random rambling on the future of the project(sorry for copy paste):
About combat. I have a few maybe not so common ideas (might be horrible though) I want to try out to make combat feel more physical (and physicalised) and work with VR in a good way. Just mashing a button to swing a sword for example feels a bit underwhelming, force feedback might help her a bit (also not this is one small detail that could help the feel a lot I think and I am sad to have omitted it from the demo), but I also want to keep the controls as intuitive as possible (so fighting game like combos don’t seem likely here).

About RPG elements. Text does not work well in VR, breaking the immersion, as seen from the reaction to the tutorials in the demo. So having gear/loot that has different numerical stats (attack multiplier for example) is really hard to convey well. Ploughing through menus is not the way to go in my opinion. Also if the physicalised part of the combat works out, the damage given with each strike will heavily depend of the physical properties of it (speed, angle, armour etc), so there’s that. This makes me want to take a more rock, paper, scissors approach to combat, rather than changing per instance multipliers, but this makes the systems more complex. Loot and gear seem really appealing as being in the same space with a character in VR feels a lot different to me than regular games or movies and I feel you can get more attached to the characters or simply appreciate them more similar tu miniatures in real life, but alive kinda.

About having enemies and animated characters in general. They are very likely the most expensive part of developing a game, especially if going for “higher fidelity”. (A small side note it really pains me not having IK on the characters feet in the demo, but also there are other small annoyances so lets leave it at that). So depending on how things go I might simply not be able to afford having big variations to them, although I’d want to. So in this case I’d have to concentrate more towards exploration and puzzles.

Also to note the idea of rogue likes and, oh dear, permadeath actually really appeals to me. So difficulty is most likely going to be a thing. I want it to keep as fair as possible though.

A couple of people discovered that you can actually light torches in the environment. Which makes me happy. Making the environment as responsive to player interaction as possible is very high up on my list of things I want to do.

Looking at this list of things is extremely scary and way too blue eyed for my experience and means I have a lot of things to try out or simply just omit in in a very short amount of time. And find people to help me out.

( *Note I had a thread in released projects for this, but as WIP seems the more appropriate section I deleted it, as it seemed faster and less intrusive than asking a mod to do it.)

This looks really nice ! its a shame I dont have Oculus

This looks incredible with the Oculus Rift. Probably one of the best demos out there. Definitely in the top 5.

As a somewhat of a tangent and fully out of pure curiosity, are there any souls potentially interested in helping out with the project? I will be making an actual recruitment thread if things get that far, for now just gauging interest if there is any.

Just wanted to say that you’ve nailed the atmosphere and its very compelling to lean in and inspect around corners where you want to go/etc.

Amazing demo. Loving the athmosphere of it overall and subtle effects like the sound of the torch burning if you get close.
Would be even more stunning with the Valve VR kit.

As a somewhat of a tangent and fully out of pure curiosity, are there any souls potentially interested in helping out with the project? I will be making an actual recruitment thread if things get that far, for now just gauging interest if there is any.

I just played your demo and spent the past 30 minutes trying to find you. I was honestly blown away! I loved it and if I can help you in any way, let me know. I’m a CG generalist that has been specializing in lighting for many years now. Send me an email and let’s talk more about your project. Here’s my work… http://tomwrightlighting.weebly.com/

I just played your demo and spent the past 30 minutes trying to find you. I was honestly blown away! I loved it and if I can help you in any way, let me know. I’m a CG generalist that has been specializing in lighting for many years now. Send me an email and let’s talk more about your project. Here’s my work… http://tomwrightlighting.weebly.com/

Nice, we can a have chat about this when I am ready to expand the the development

Also, I submitted an updated build to Oculus share (I likely will do a very small update to that to fix an old tutorial prompt and one other small thing), that has a better user experience (the level and gameplay remains unchanged for this build, sorry), but I added in a fade out and camera bounds when leaving the tracking cameras view frustum, a bunch of rumble effects and basic keyboard support.

Here is a demonstration video of the fade effect, it is a small thing and not hard to implement but made quite a big difference in comfort in my opinion. 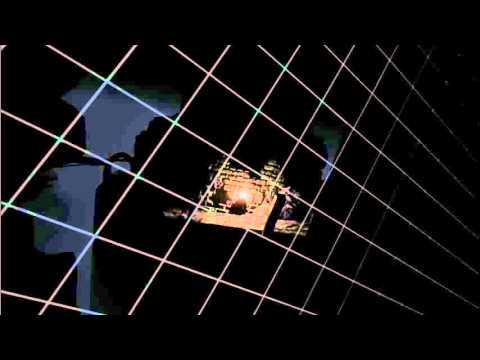 First when you are getting close to the tracking camera frustums edge it desaturates and reduces the gain of the image and if you get closer still it also fades in a grid showing you the edge (people are usually naturally prone to not going through surfaces when in a VR environment)and then fades to full black when it starts to lose tracking so you do not get uncomfortable screen popping when that happens.

You should do that for the death also. On mine the tracking freezes before being reset which is a bit jarring.

This is one of my favorite VR experiences… which is funny because if you had explained it to me before playing, I wouldn’t be very interested. It’s definitely something to experience. I felt like I was playing an AR game.

Don’t know why more people aren’t talking about this. This was a fantastic experience in my DK2. Great mood, atmosphere. Comfortable VR experience and a solid framerate despite some really high quality GFX (for VR). There was a few times where it was hard to navigate because of they view, but I suppose that is the challenge.

I just signed up to this forum to say, that this has been one of the best VR experiences I’ve ever had. It absolutely impressed me, and every single person I showed this to. Please, if you somehow can, turn this into a complete game. If you’re going to do a kickstarter, I’d definitely chip in. And I agree that this game needs a lot more publicity that it does right now.

I have been quiet lately on this, been working on it, though sadly I had other things that needed handling so not nearly as much as I’d want to, you have no idea.

So here is a some overly large and badly edited gif to make up for it / tease you a little bit.

Any chance in a quick outline of how you approached the camera fade effect?

I’ve been able to implement this procedural geometry asset, but wondered how you handled the fade out and de-saturation. Are you driving a post process?

Long time no update, so her is one!

[FONT=&amp]http://i.imgur.com/Epk0PMM.jpg
The new build of Mythos is now live on the Oculus Store! (it is under concepts so it is free)

Mythos of the World Axis on Oculus Rift

Reveal the secrets of the mythical place known as the World Axis.

I just played this on the CV1 and it’s really good. Its inspired me with my development. Keep it up!

I signed up for an Unreal account just so I could post here and say that the Mythos demo on my CV1 is the best experience I’ve had so far. It has convinced me of the future of VR. I seriously hope there’s more to come.

And I’d be happy to contribute in some way if I could, but I’m just your garden variety C/C++/Java/Android programmer, so shrug.