Oh man where do I start… I guess from UDK ?
I worked on deORBIT for more than two years and I began by knowing nothing but 3D modelling.

The player was supposed to fix stuff and solve word puzzles. 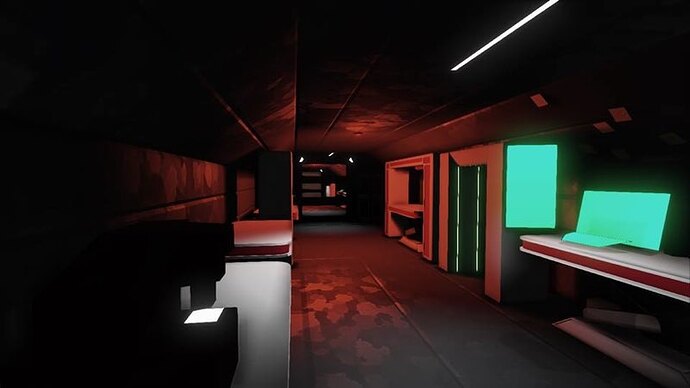 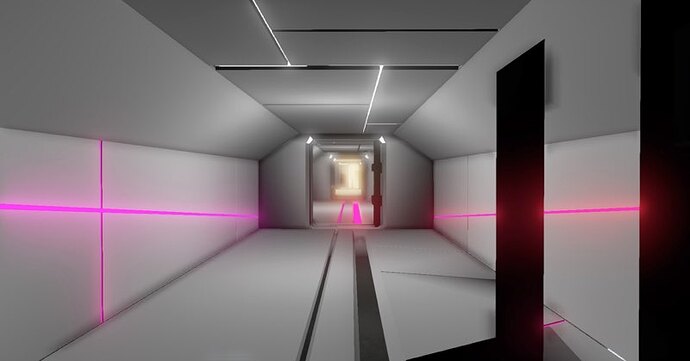 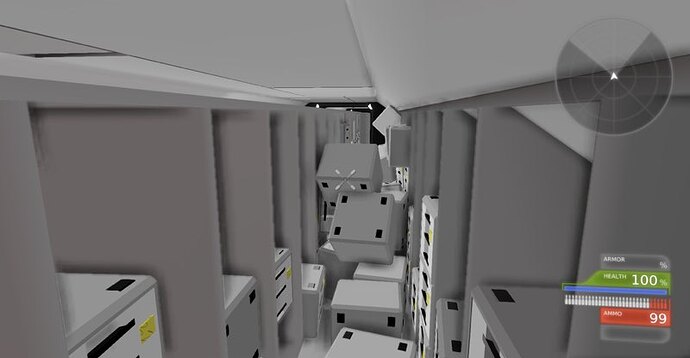 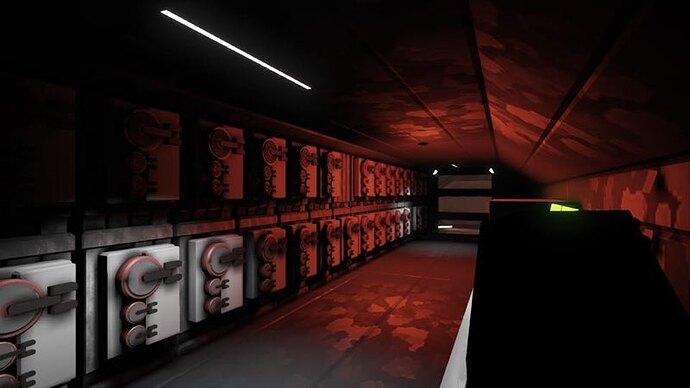 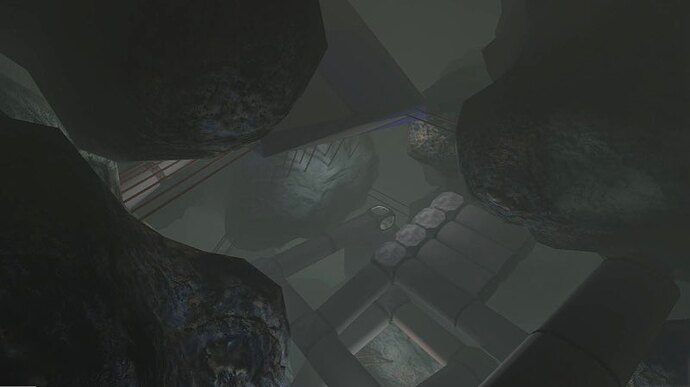 I created an asteroid which the player would explore and have more place for activities. The limitation of kismet was real then and I started learning unrealscript. That was around November or December.
Around January I had made a hud and a “stick” that allowed the player to break some doors by removing chunks between the end point and the pivot.

Then in March UE4 dropped like a bomb an I was blown by the power of Blueprints and I had an american friend that was going to do the music and voice for the game. Things were looking up! 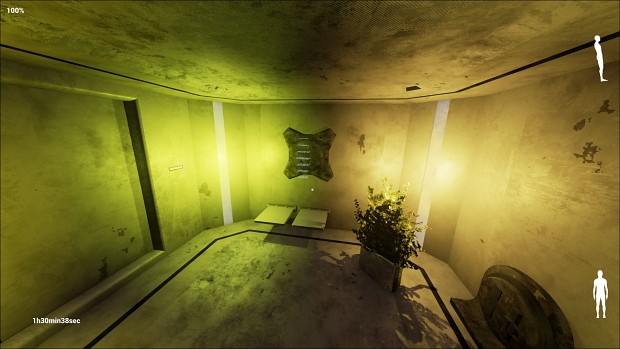 I scrapped the whole UDK project but the static meshes and some materials and began the UE4 Journey.
Implemented destruction again, even posted somethings on UE4 AnswerHub about the destructible components not being garbage collected, after fracture I think…

I was really happy with the smoke effects I was getting .

Then I started developing some simple quests and repairing missions. 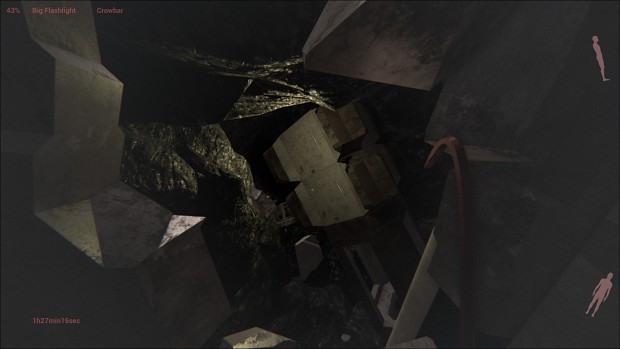 A giant problem I had was that the child blueprints were loosing all the data and that sucked so hard. But time passed the engine got more updates and I managed to improve my scripting skills and the problem was solved. 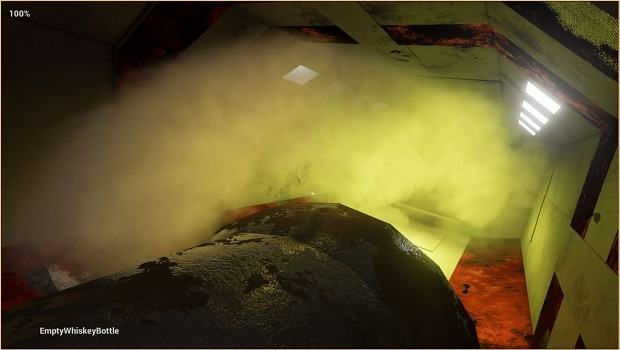 The problem was that the game was kind of dead, there wasn’t anything going on. So I scrapped the project and took a 6 month break for working on it.
January came and I had new ideas how to bring life to the game.
The UDK deORBIT was supposed to be a brutal die once and no menus, no saves ( like fingerbones ) just drop you in and figure it out. But as my ideas required saving. So I created the save system that allowed for all the item’s location rotation to be saved, I later I repurposed my “floating useless junk spawner” to spawn random per new game items. 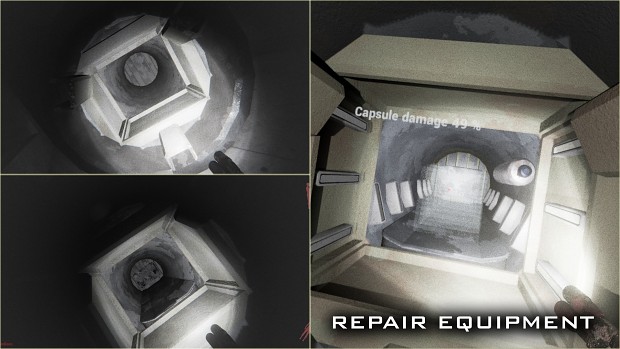 I also added chests and reworked the quests to allow for timed actions, and created the “activator” class that was responsible for lights, traps, doors and everything that the player had to change. 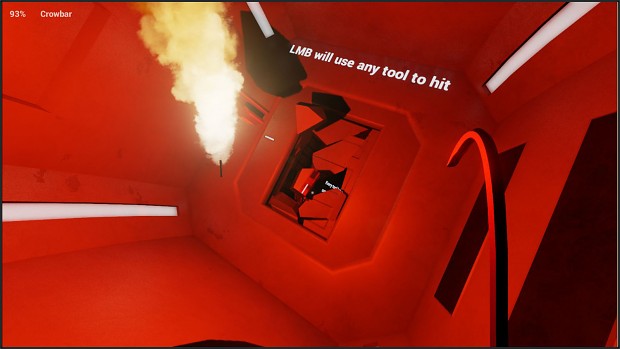 . My tuned out quite nice a hacking like it sleeping dogs but you have a time to hack which is based on the battery’s capacity.

The game still needed something more then I bit the bulled and created what is one of the best things about deORBIT. The Helios is an alien life form. They are balls of light that look for the player and follow him and since they and the player use physics for the movement running away form the is a lot of fun and quite a scary experience

Those balls combined with the ball puzzles, the spiderweb like map, made the game enough diversity to make it truly fun, at least for me.
Now it was ready for bug fixing and polish and boy that is one loooooooooooooong endless process

Along the way of bugkillin’ came better randomization and it was a great joy for me to play the " same " quests yet each time the parts you need change places and you have to search the whole colony to find what you need and there are traps, places without oxygen, ghosts that chase you and the fun was on!

You can check it out here (self promotion FTWhttp://store.steampowered.com/app/337700/ )
There is also a dirty joke on one of the videos, so bonus points for finding it.

Well that’s it. My first game is done and I had to get this of my chest. Kinda feels sad like sending your kids to collage I guess

There are still bugs to fix and even levels to add but in general I am finally happy with my creation and I hope that people will like it, if they like slow paced, depressing, hardcore, survival experiences that is! HA!
It has come a long, long way from the first trailers but it is now it’s own and unique experience.
I hope to see you soon playing, posting lets plays and figuring the secrets that lie in the deepest parts of space! 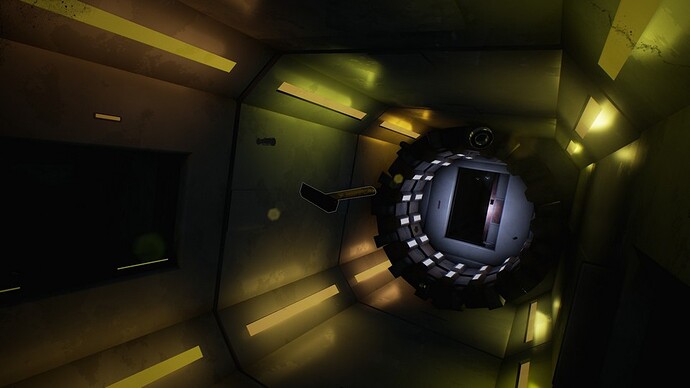 May I ask how much time did it get you to finish this project and as well how many hours of gameplay this project has?

Time to finish was Looong… I can’t count it as there were periods that I didn’t do any work, and I scrapped engine, the code part 2 times the levels 2 times so I am not really sure how to answer.
So it took me either 8 months, 1.5 years or 2.5 years depending on how you count.

compare it to the final…

The second is the better one, but the first one is really intriguing!

A lot of ppl couldn’t get it.

Frustrating, since I am impatient and I like for things to happen instantly but it took around 8 months for the second (ue4) version of the game to get greenlit. It was hanging around 80% and I got greenlit one day. So the moral of the story at least for me is have you game done like 100% and then apply.