My character uses the default camera despite having his own

I’ve created a character blueprint with a skeletal mesh, a capsule, and a camera attached to a spring arm. Whenever I start playing, the camera is in the wrong place - it seems to ignore the spring arm - and has the wrong field of view, but otherwise responds correctly to my blueprint (it zooms and rotates as it should). I suspected it might not be my camera at all, but a “default” one that is created when I press play, and yes, this is exactly what’s happening.

It’s the wrong camera with the wrong initial settings, but it behaves exactly like my player camera should, so my blueprint and the spring arm do affect it somehow!

I’ve figured out that my problem might have something to do with something called “player camera manager class”, which I have to create - otherwise the game uses the default. However, the documentation contains no information about such a thing, and the tutorials on how to set up a player camera leave that part out.

I’ve created a “Player Camera manager Class” and set my player controller to use it, instead of the default. I set the default field of view to 80, but the camera created on startup still has the fov set to 90, so it appears the Player Camera Manager Class does not affect the camera settings at all. Do I even need it?

How do I get the game to use the camera in my character blueprint? 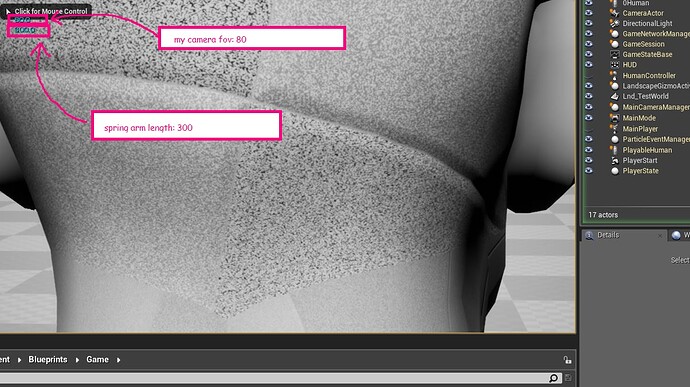 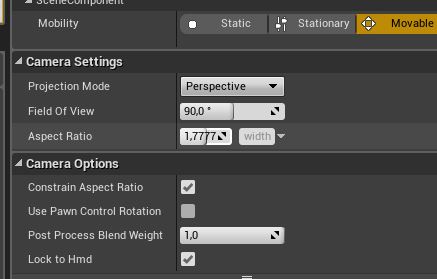 Hello, a good start would be to show your blueprint and how you’ve setup the camera and springarm!

It looks fine, check that you’ve added the correct pawn to the game world and try to move the variables of the camera while playing and see if it changes anything real-time. 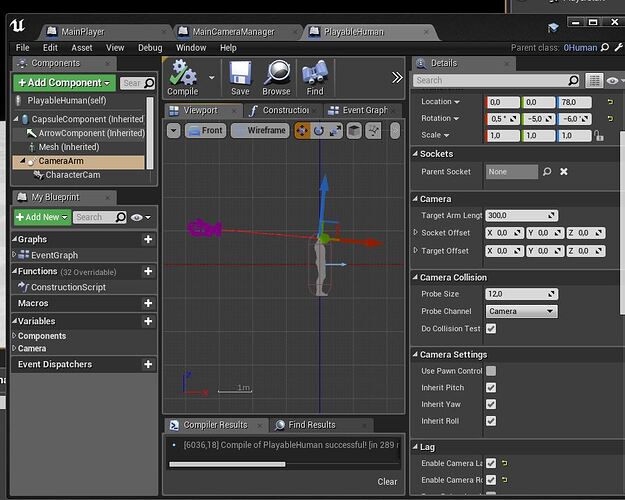 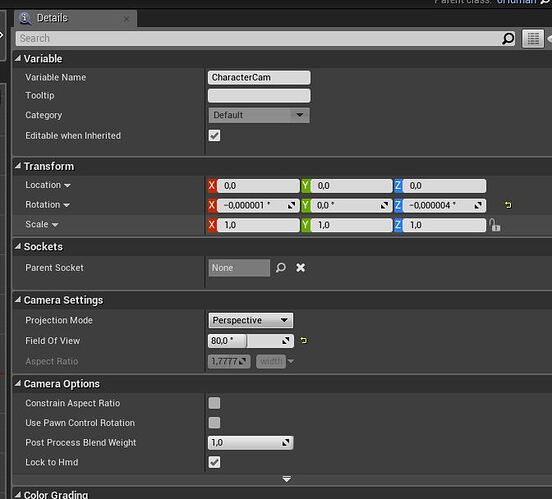 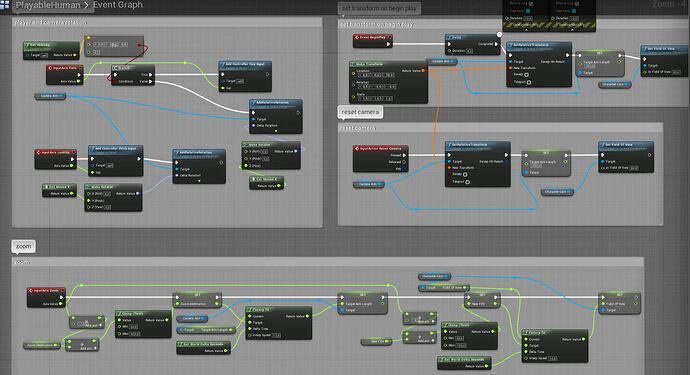 I found information about the camera manager class and what it’s supposed to do - and it seems to be unrelated to my problem.

I found out what’s going on: When I click play, the camera immediately zooms in on the character, but it happens so quickly that it seems as if it starts in the wrong place!
If I put a delay before the zoom blueprint, it still zooms in but much slower and less smoothly. The zoom on startup could be an issue with my mouse and not with the game, but I don’t know yet.

I’m marking this as “accepted answer” despite not really having solved my problem. I’ve seen some other people asking about cameras in the wrong place and what I discovered might be helpful for those who experience similar problems in the future.