My bool isn't talking to another blueprint

Oh whoops. I probably am calling to an empty variable. How do I fill it?

I have a setup where one BP sets a bool, and the other BP looks at the first to see if a bool variable is true. Problem is, my second BP can’t see the status of the first’s variable! What’s going on here? 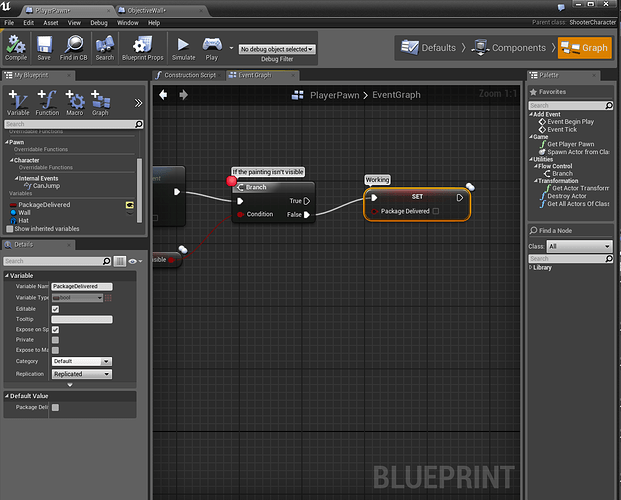 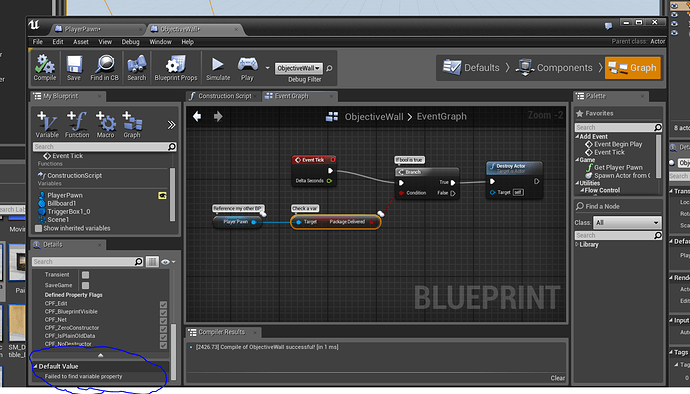 How do you populate “Player Pawn” variable? or you calling to empty variable, which is common newbie error

Btw you can use “Get Player Pawn” (if player controller possess it) to get you actor (you will need to cast after that to access to bool). Also isn’t more efficient to call some function to ObjectiveWall in some way instead of checking bool on every frame?

As i described in anwser, you can get player controller possessed pawn with Get Player Pawn node, i can even see this node in favorites tab on your screen. And again you will need to cast it to your PlayerPawn to set it to your varable

Maybe I’m missing something but it looks like it still can’t read the property after the cast for some reason? Isn’t the cast looking at the variable as the PlayerPawn? 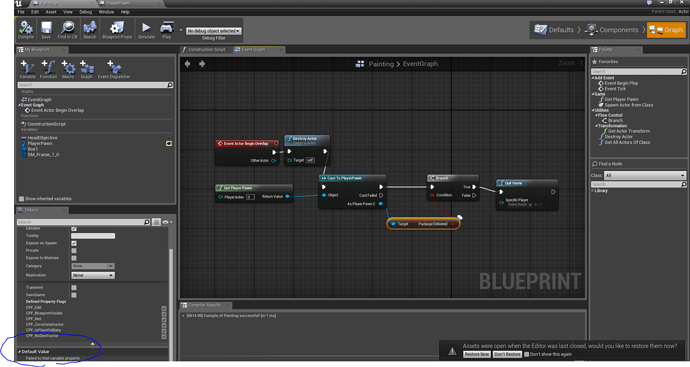 Now set that varable with node

But isn’t it already set?

Where? you just casting output of Get Player Pawn, not setting variable. You seem lacking basic knowledge about objects, watch this tutorial: Well if you look at the first image the PlayerPawn BP is setting the variable. But maybe I misunderstand what cast does? I’ll watch your video though thanks.

You not settign variable ;p to set variable you need to drag varbale to graph and click set 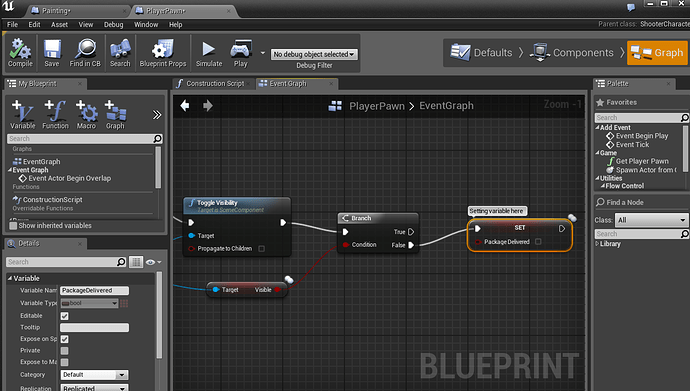 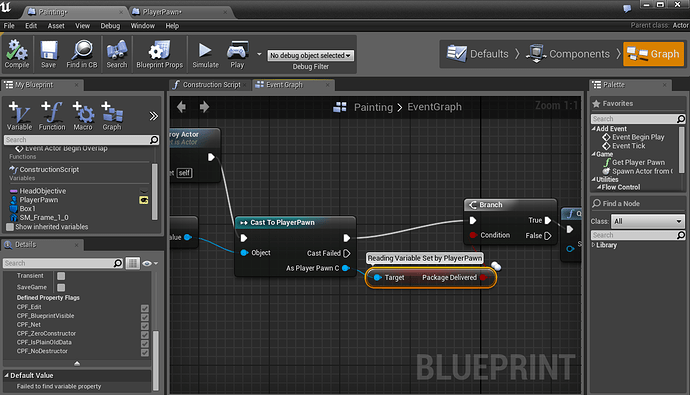 Thanks for putting up with me. Still watching your video

ah so you viewing bool sorry i misunderstood, but does other then that do blueprint works? If not check if your pawn is possesed by Player Controller

Haha, no problem I should have made that clearer. And yes, the Blueprint works otherwise and the Pawn is being possessed by PlayerController. The only problem is that the second BP is failing to read the variable set by the first BP, even though it is referenced.

Well then i guess in in engine problem, which can be ignored as you said blueprint works?

Got it to work Thanks!

Hi,
I’m having the similar issue.
I’m trying to create a simple weapon pick up system. But I cant get the Boolean property from widget blueprint in my weapon blueprint.
I’ll appreciate if u guys guide me with this issue. 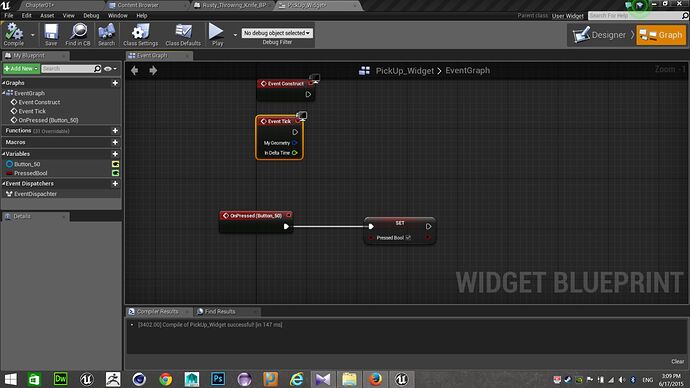 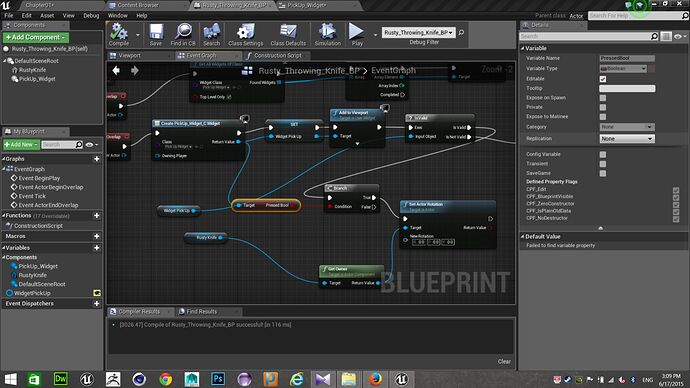