I am new to Unreal Engine, using version 4.8, and have already successfuly used blueprints to make a trigger that shows text when my character steps into the trigger zone; However, I can’t seem to use two different triggers in two seperate locations showing different text when the charecter walks into each zone. My working code for the single text trigger is shown below, but I’d like some guidance on how to do the two triggers.

I don’t know if I am supposed to create a second HUD blueprint for the second trigger, or keep both trigger codes in the same HUD. I tried both of these and neither worked. When I created two seperate HUDs, only one of the triggers worked. This happened to be the trigger in the HUD that was created most recently. When I put both triggers into the same HUD, there was only one ‘Event Recieve Draw’, and that could only be targeted to one of the triggers, thus only enabling that one to work. 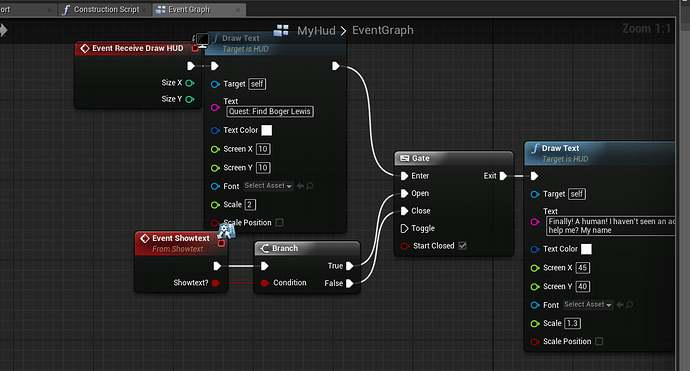 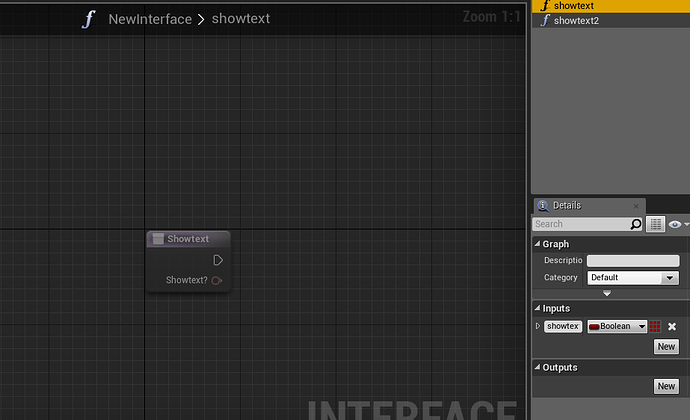