I set the UpdateGrav function to always be called from am EventDispatcher. I did this because Im under the assumption all the players will receive the signals individually(in a multithreaded way) and will hopefully will prevent some lag.

For the gravity, the first photo is getting the ship the player is currently attached to and applying their velocity to themselves. When the player is standing still, the branch is true, and it applies a force that bring the player to the spot they stopped walking on.

Blueprint is meant for prototyping and basic level code only, not for final playable code. As such, there’s always going to be additional lag introduced to a multiplayer game if it’s coded with BP. If your game is very reliant on a lag-free connection, the only true way to solve this is by coding it in C++.

Will that actually solve it? I havent moved to C++ because I wanna find the right system that works first.

So I have zero experience with C++ and multiplayer, but my guess is yes. There’s a custom movement on the marketplace that sells for $400+ and I was watching one of his videos where he was describing the issue with BP. He was saying that basically running MP code in BP will introduce lag and the character position won’t update properly (and he definitely knows what he’s talking about). 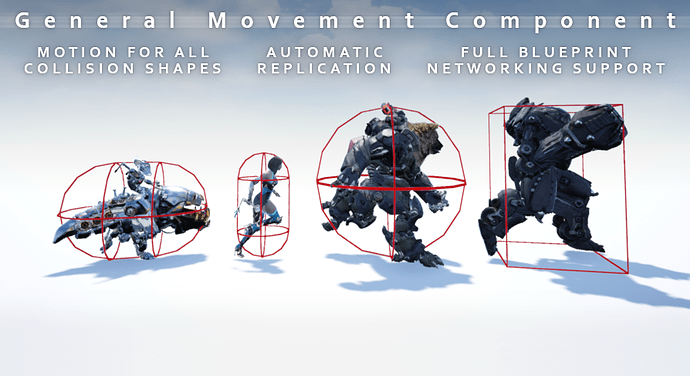 Save hundreds of hours of work with this innovative locomotion framework which completely replaces Unreal's built-in character movement with a much more comprehensive and easier-to-use alternative - no C++ required.

Here’s the video where he discusses the lag: (Skip to 16:25 mins in and watch from there) 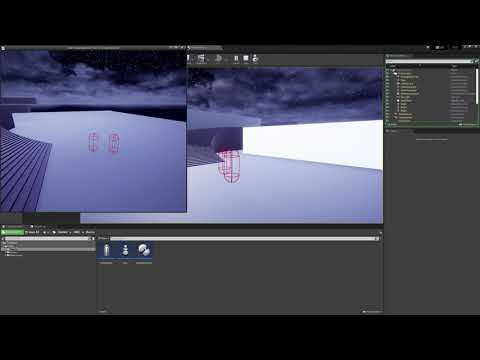 The lag introduced by a good blueprint implementation is no more than a frame compared to C++.

The main problem is that the client is on the other side of a network from the server. If you want to reduce the lag as much as possible, the client and server need to be wired to the same wired network, and you have to make the network tick rate faster than the frame rate, and make sure you set all your important objects (clients) to have the appropriate very-high network update frequency.

In general, though, physics based on direct client interaction will always be laggy, because of the various asynchronous steps involved (client input, client simulate, client render, network packet building, network transmission, network receive, server simulate, server render) which all may cause delays that end up accumulating. The only solution is to design your game rules such that latency is hidden, and implement your game animations such that the other players don’t notice.

My favorite in hiding latency, is the “yes, sir!” animation that units play when you give them orders in RTS games, before they move out. That animation is only played for players that give the order, and by the time the animation/clip has played out, everybody has the command/message, and the unit can actually start moving. This extreme measure is absolutely needed by RTS games that use lockstep synchronization, and the same mechanism can also be used in interpolated engines like Unreal, although the outcome in Unreal if you miss it is just that objects look laggy, not full game de-sync like you’d get in a RTS game.

I was able to replicate the lag problem by just moving a platform the players are standing on. It’s a network latency issue, not performance issue.

You may be able to solve this by attaching/parenting the driver to the ship like you would a vehicle. That way, all players have the driver attached locally so it won’t lag.

Im probably gonna go with the attaching as I need the players to be able to actively leave and run around the ship. Had issues with it earlier and was hoping to get away with the physics, but oh well