I was following a tutorial by Matthew Paige on how to create Genji, specifically on how to dash. I then decided that I wanted to dash like in Doom Eternal, where you can dash in four directions.

I was able to figure out how do dash in two directions, but for some reason, the horizontal dash works, but not the vertical dash. 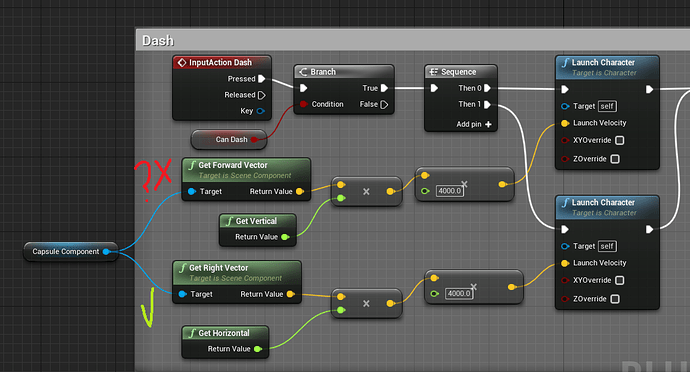 If I do the dash in a forward and backwards movement, the player just hovers in the air and not move for the duration of the dash. If I do it in a left and right movement, the player will dash in the left or right direction, as intended. I don’t know why. If anyone can help me, I would really appreciate it.

All I had to do was add the two vectors together, and place it into the launch character node.