What is the best way to some multi attaching? i mean like pistol and rifle animations? i been trying with Int in the blueprints and weapons, but the animations is not change with different weapons.

i will see forward to your help here.

A screenshot example would be very helpful. Are you trying to attach to different Skeletal Meshes together, each with its own Animation? If so you can do it in the Actor Blueprint Class by adding and Skeletal Mesh Components by Parent Bone or use AttachComponentToComponent Blueprint Node to attach by Bone.

I was trying to add screenshots, but it’s getting me errors. i will try to add again in a few minutes.

maybe i can add it in this answer? if you want more screenshots, just let me know. 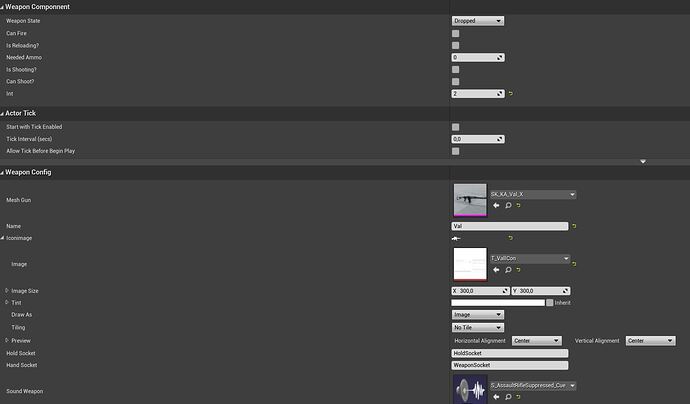 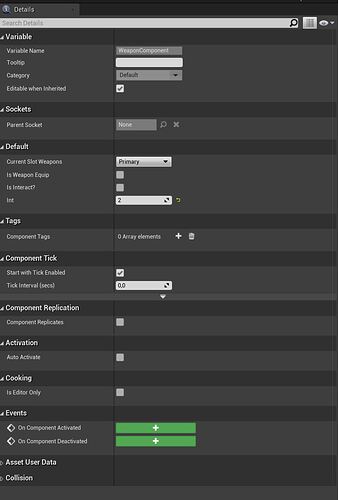 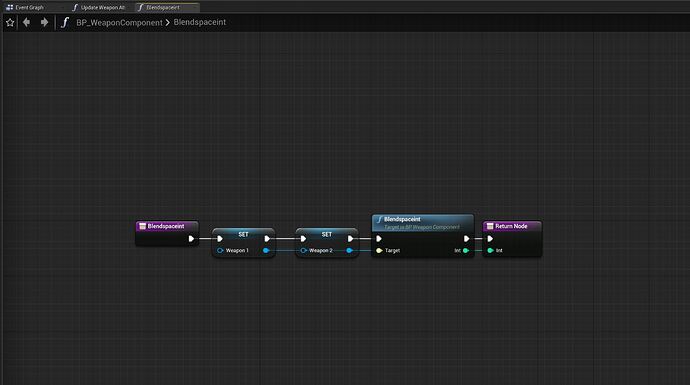 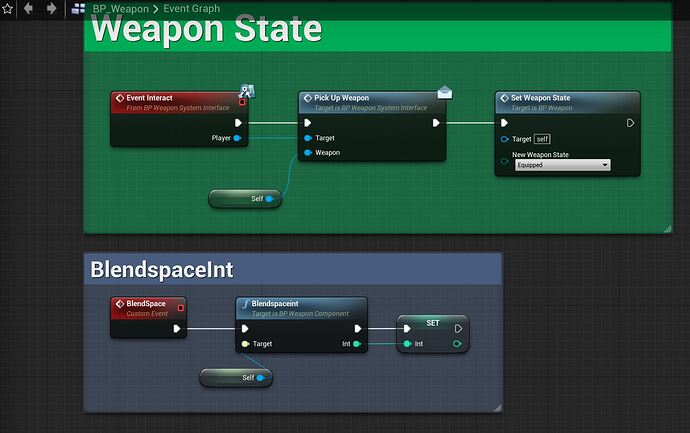 I suspect you are trying to swap animations of the Character when the Weapon is equipped (attached) depending on type of weapon: Rifle, Pistol, Bow, Wand,etc. Well, you have some problems:

You are not setting the INT in the Character’s AnimBP.

oh you are right! it must be in the character! had forgot all about it, thanks man!

i ended up with this. it’s working without any problems at all. 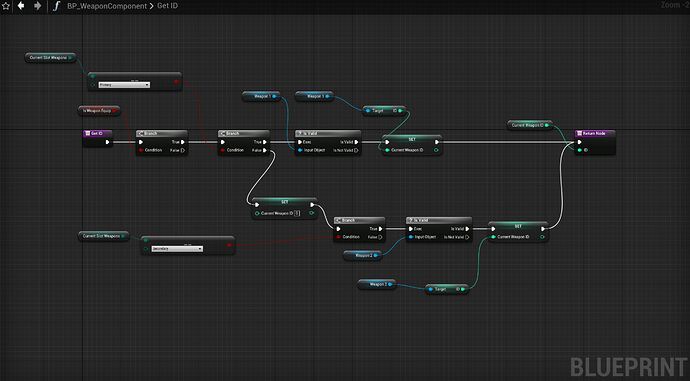