Time ago i have seen other people asked for similar features, also as me - when i wanted to have a character not with a human body and not based on vehicle class. I am not sure this is still needed for someone, but i will post parts of solution i have used in some project. I have simplified it as much as possible.

When you need to have a character with complex collision shape like a vehicle or a space ship or something similar - you will have character capsule size be too much bigger than needed. This will come to some restriction in movement of the character – character will not be able to come close to objects, move in narrow places and etc. 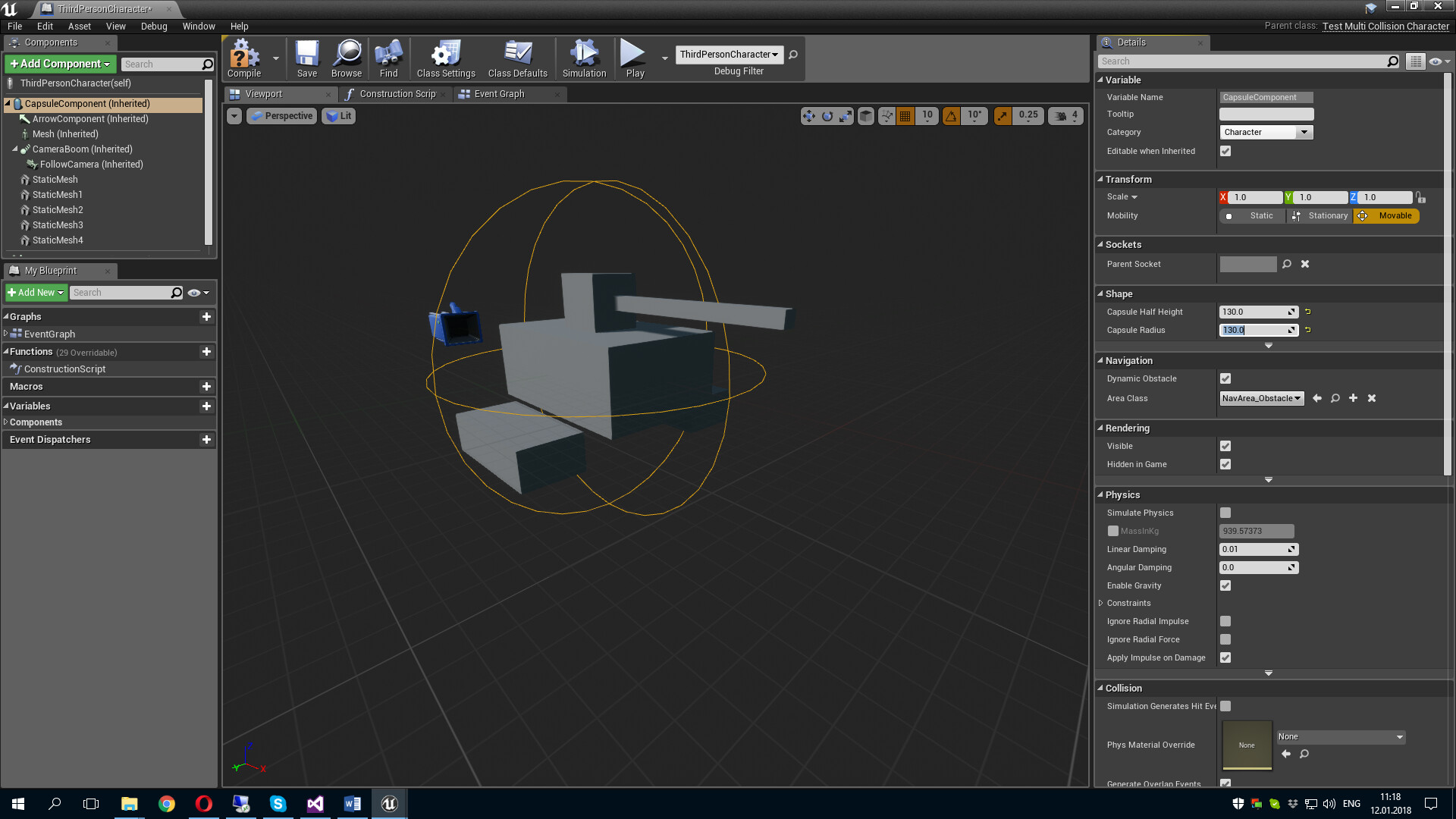 The next solution is not a complete solution but just a one of the ways and example and can be used as entry point you can start from. It was used for flying objects mainly, but it also support other physics modes but I think other additional code changes will be required additionally. 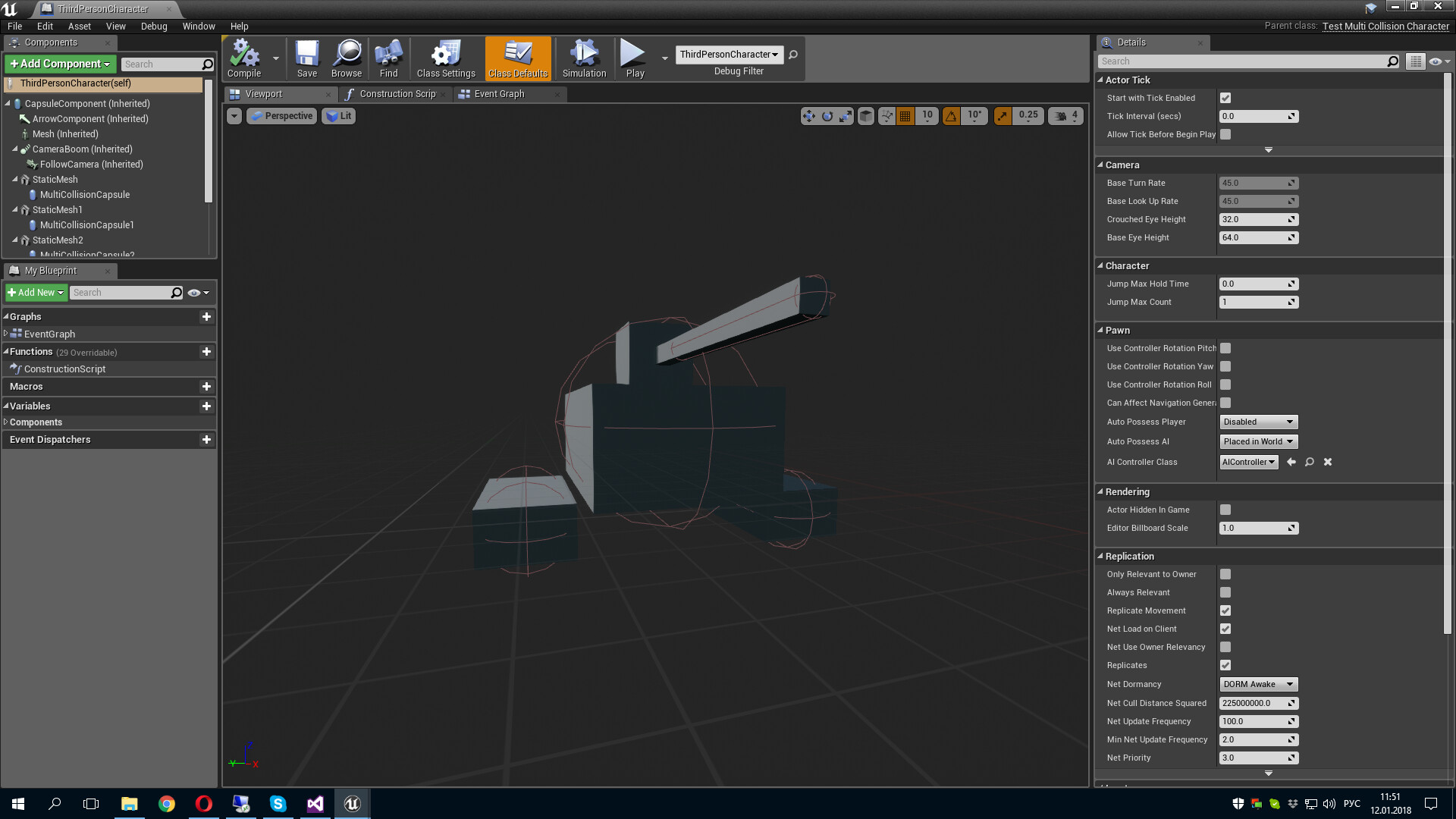 This system can be used with modular characters with some changes.

This look really useful, but I’m having a hard time getting this to work in 4.23. It tells me it needs to be recompiled, but when I try, it says “TestMultiCollision could not be compiled. Try building from source manually”
Is there a way to get this to work, or is there something similar that would work in 4.23?