Move actors (including characters) around - path made during game

Today I thought about a sick spell for my game.

Basically I want to “cast” a round shape (plane, cylinder or sphere…). All characters in that area should get moved onto the other side of that space in a curvy path over the top.

Here a sick sketch to explain better what I mean. 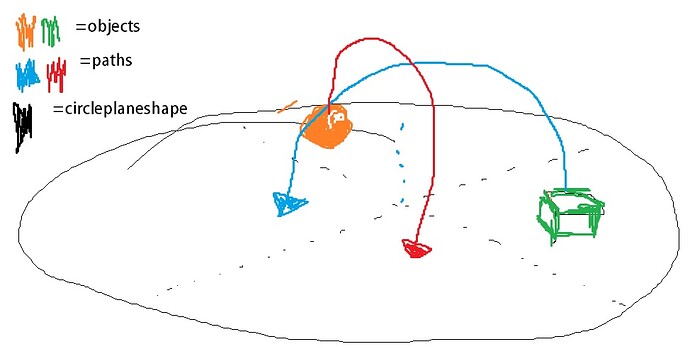 Now I thought about a few ways how this could possibly be made but in this field I am lacking knowledge. Idk what function is best to use to move the actors (no physics actors, its characters etc too) and calculate paths.
BTW its also not important that they go over the middle, or in a perfect line, just swap sides and go in the air.

And my biggest worry with this first idea is if that is even suitable if we are thinking about a multiplayergame - there could be 10 actors inside this being moved around, so calculating 10 splines and moving the actors along them per tick event as I have seen parts of from google searches is probably too heavy.

I worked something out that does half the job already

It doesnt take it to the last point though eventhough its calculated correctly as you can see here: 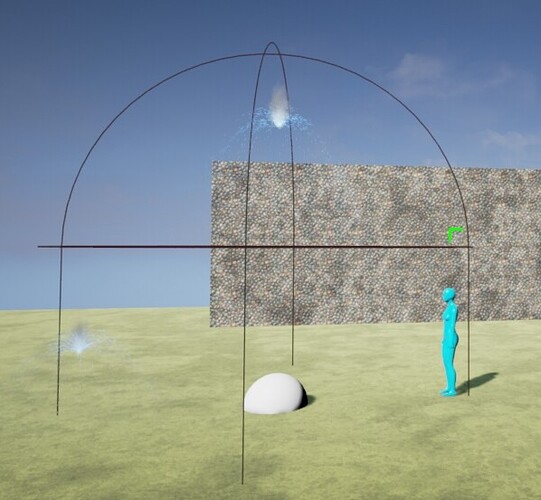 Also if theres more than one actor in the array it only does it for one of them.