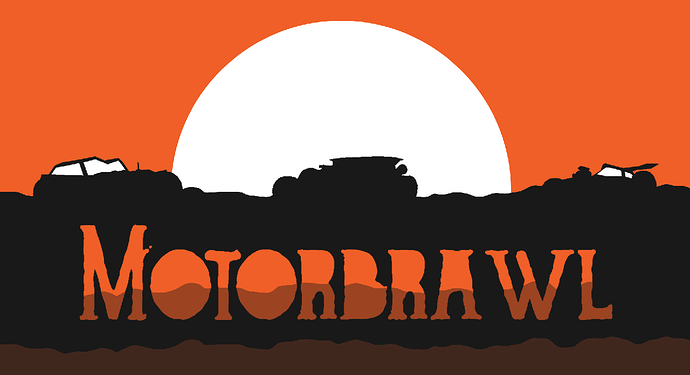 Motorbrawl is a multiplayer vehicle combat prototype that I’m currently creating for a University module, it will only feature local 4 player splits screen with the ability to add AI, as time constraints are too small for networking (as I’ve not yet dabbled in it, can’t imagine it being quick…) and local does the job fine for now. Above is a video of a gameplay test from a few weeks ago, unfortunately my graphics card is dying and so I’m unable to record UE4 without display crashes, so it lacks a lot of new features. There’s also a range of game modes, the one being tested in the video is called ‘Bandits’ where you score by looting the bag your enemies drop, there’s also:

It’s still early days with the project and it won’t be a finished game at the end, it’s more of a proof of concept and the overall aim at the end of the day is to make a fun game. I’m still tweaking controls as this to me is the most important aspect and this needs to be perfect for the game to be enjoyable and fun.