From my blog:http://metalshockgame.blogspot.com/
The mech concept was put together a Landmate mech popped out. The good news since its a Landmate It can run, hover-skate, hover and fly, thus eliminating the need for separate armored suits and hovercraft. Therefore instead of separate HUDs, leaning curves,an array of powerups/weapons and balancing issues there are only two modes Fps and mecha modes.
All art in engine WIP 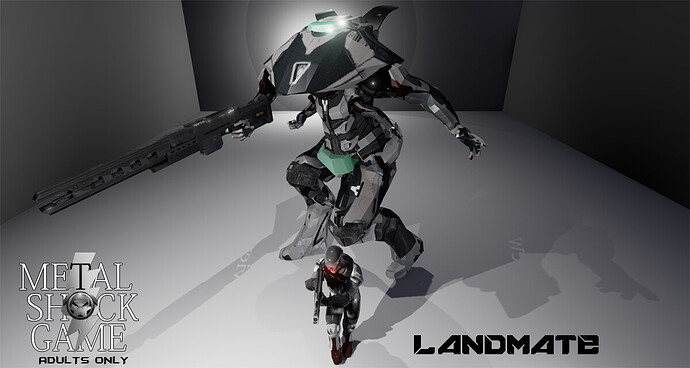 At first denizens of greater Dome City run from the new prototype but soon poverty gets the bandits to get to thinking that if they could round up a big enuff posse they could take one down. That prototype and its pilot must be full of expensive parts, such a man would think,no? 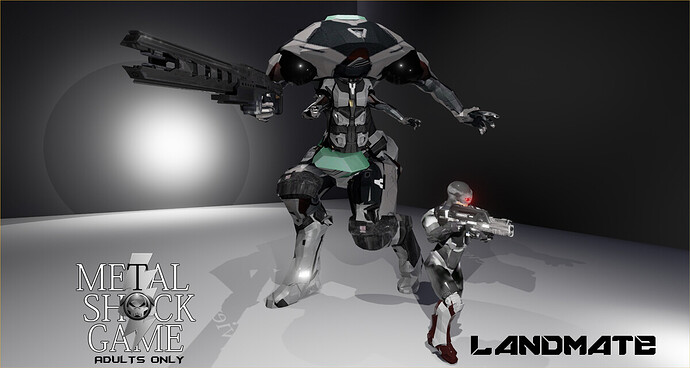 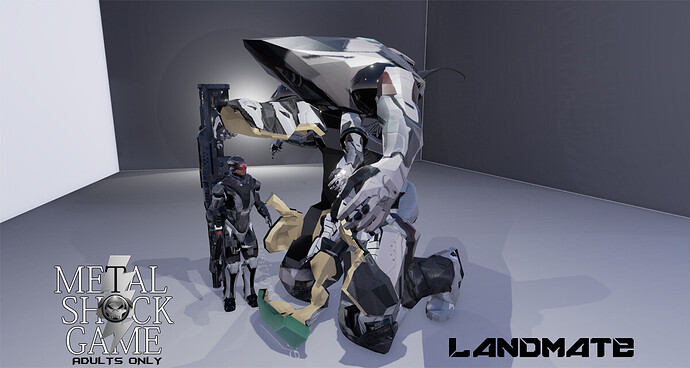 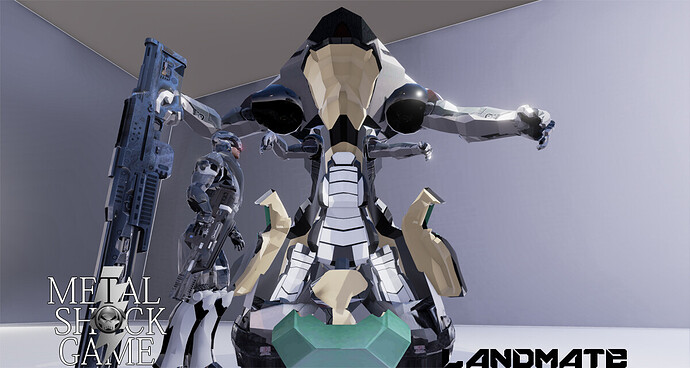 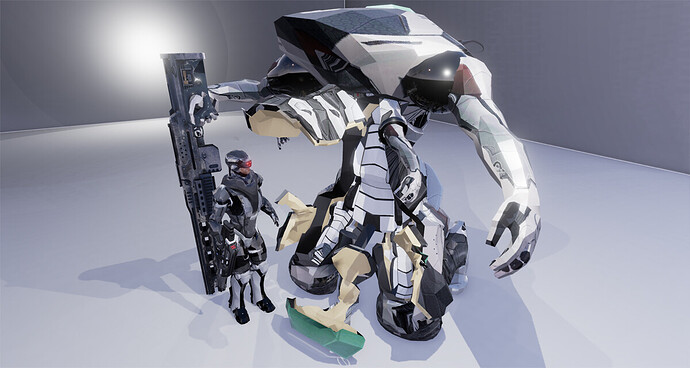