This looping Animated PNG was created by taking a screenshot, moving the camera a very small amount (over some threshold) and taking another screenshot.

Animated PNGs only work in Firefox and Opera 12-and-earlier (before they switched to Webkit). If you are not using Firefox (or Opera 12, for some reason) the two frames are provided below. It would be a good idea opening them both in separate tabs and switching between them back and forth. 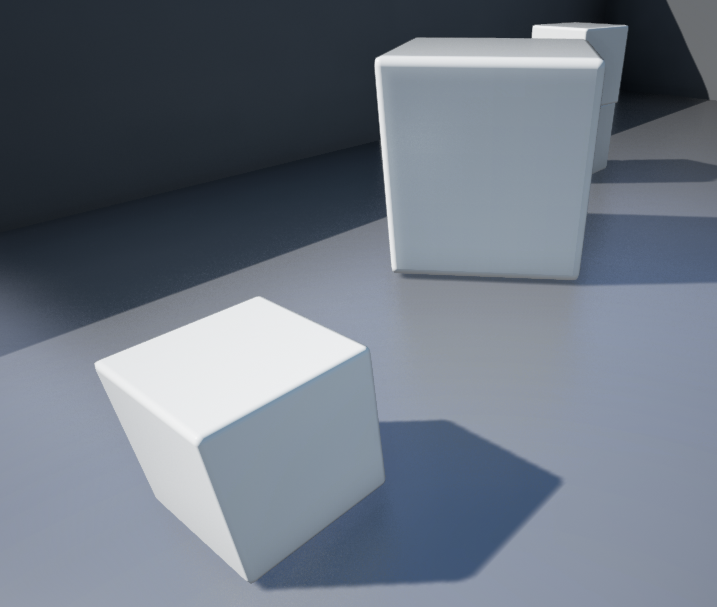 Please let me know if any more information is desired.

That’s due to dynamic shadows, because the surface is so close to the angle of the light there isn’t much detail from the shadows to cover that surface

Any workaround or things to avoid?

You can mess with your shadow settings on your light, or if you don’t specifically need dynamic shadows then use static lights and objects so that you can use lightmaps.