So while making this video i figured put that some how i got a second skylight in my scene… After that the lighting isnt as bad but I’m still seeing light blleding through areas. I have no idea why this is happening so far all the walls and meshes are tightly woven…

So I’m trying to understand modular building structures but im not sure how big or small the parts should be. So i stated with trying to make a modular Medieval House where the walls ar made with BSP brushes and the detailing come from the modular parts: 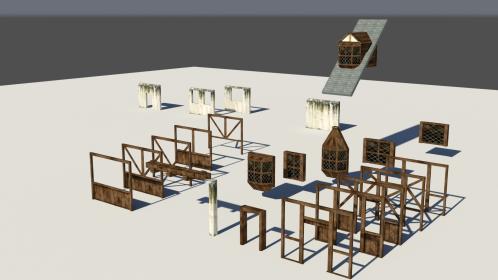 I’m trying for awesome but I feel like im failing…

If you´re trying to buil your level with bsp or your own statics meshes may be a good idea drop a character reference into your level to compare the sizes.
Also reduce the motion blur when the character is turning around and take care about the style you´re looking for (Metal chairs in medieval house?)
Some hoses are pretty big.
Keep going and good luck

The metal chair was just to drop something in. As for the character I did drop my character model in for the door size and such. He’s out side of the house. I do not know where the motaion blue controls are. Ive been trying to turn that off for a while.

Do i have to add the PPV over the whole map?

Do i have to add the PPV over the whole map?

All in all good work but do add the PPV over the entire map. 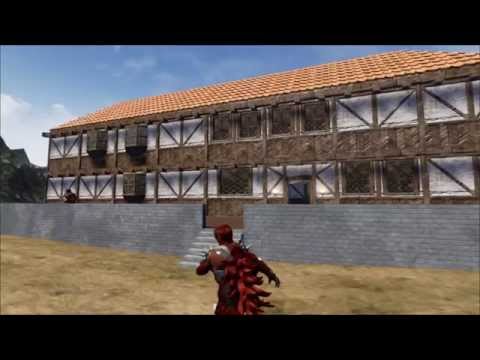 So I’ve made the modular parts bigger and its really easy to build a building now but Even though i have a second UV channel with everything flat for the light mass I still have weird bleed through.

You might try to force a higher resolution on your lightmaps. Your meshes are quite big, you can check your current lightmapsizes under Windows->Statistics->StaticMeshLighting (not that sure about that, just out of memory). Depending on your mesh they can get as small as 32x32 pixels. Maybe that will fix a few light bleed issues?