Modular Synth on a non-actor blueprint

So i’ve been playing around with the Modular and Granular synthesizers in the ActionRPG example and i’m stuck i’ve been attempting to see if I could use them witthin an Anim Notif Blueprint.

I know usually i’d just stick it in an actor Blueprint but I wanted to try to have this sound triggered through animation since there isn’t actor BP I can make it in.

I’m close, but right now all I get is a simple sine wave with the default synth presets that can only be manipulated using the Note, Velocity, and Duration Notes on the Note On function. So it seems like connecting my Synth_Preset variable to a Set Synth Preset Function doesn’t have any effect on the synths output in game. Was wondering if anyone had any solution for something like within Blueprints or if I should give up on using a Synth outside of an actor BP. Thanks!! 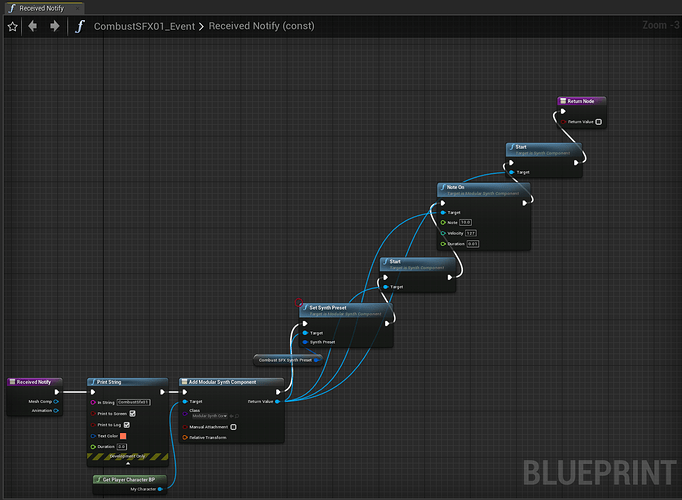