This is what I mean 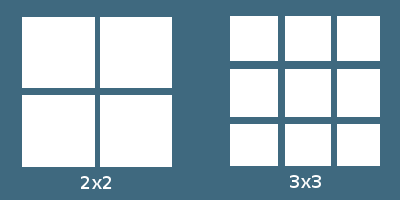 It’s supposed to look this bad!

Before I go any deeper into doing level modeling, I would like to ask what benefits do you see in them. I’m trying to make an environment pieces with similar visual style of Animal Crossing, but such that interior and outside would match, so moving inside would be seamless. (No loading screens)
I understand that dividing by two is easier computing, but dividing with 3 gives more room for details while not going full 4x4 that would take even more resources. At the moment I’m really considering using 3x3.

And second thing. How is the bent world made in Animal Crossing? The world seems to morph on a cylinder. Even better example, what I would like is Evoland 2 3D world. There it is a full sphere. I like the look of both of them and they seem to use tiles. I’m trying to figure out, how could I replicate something like that?

Any thoughts are appreciated!

Not sure what you really mean by 2x2 vs 3v3, if you’re creating a modular environment your map will be XxX tiles depending on the size of your map. I’d recommend the size of your times to fit within the snapping grid of UE4 so 16 or 32 etc in whatever program your assets are being created in. To make the cylindrical feel, the only thing I can think of is to create your blocks on a slight uniform curve, positioning curved blocks would be a ***** though. I’d maybe look into camera tricks you could do to make it look like a curved/round world, while keeping it flat for ease of creation.

The grid is mainly in units of 10.

Not sure what you really mean by 2x2 vs 3v3 … … the only thing I can think of is to create your blocks on a slight uniform curve, positioning curved blocks would be a ***** though. I’d maybe look into camera tricks you could do to make it look like a curved/round world, while keeping it flat for ease of creation.

To make it more clear what I mean, here’s an image from Evoland 2 trailer. 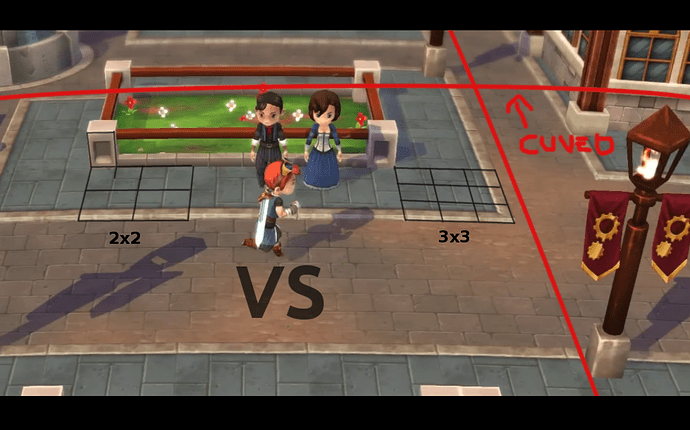 It does seem to use “bent” tiles, but I’m not sure. Or is this only achieved with camera? Animal Crossing definitely has to have curved tiles.

The whole point of modular design is to reduce the number of things you have to drop on the map to get a playable level. My guess is in that screen shot, each of those black outlined areas is neither 2x2 or 3x3. Those are probably single tiles (so, 1x1 I guess?). Most of the stuff I’ve read/seen seems to lean in the direction of one modular piece is tall enough that the player character can walk through it unimpeded (assuming it has walls/doors), and the width & height are some even multiple thereof. So if your character is 185 cm tall, then your tiles would be 200 cm tall x 200 cm wide by 200 cm long. Some pieces may be 400 cm long. Some may only be 100, but they are all multiples of 200. And in the Unreal Engine, 200 cm == 200 units.

Yeah, that’s a good article. I have read that already.

Now I could create base 1x1 tile 300cm x 300cm, make the character around 250cm and scale everything accordingly. And the base would divide into 3x3 very well. Wouldn’t it?

Here is another quick example. 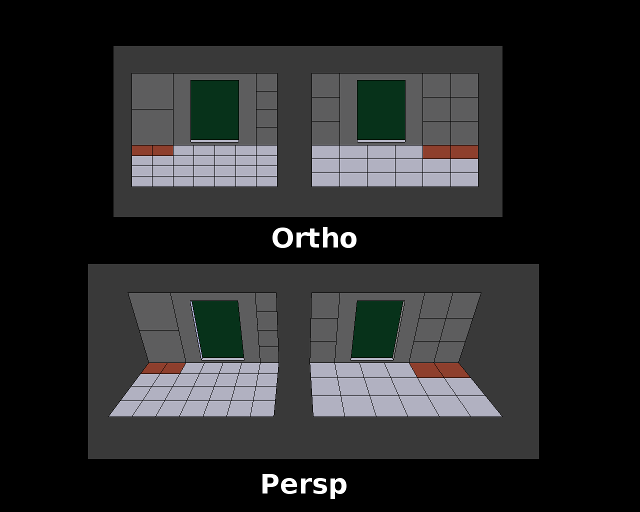 The door would basically be the same size. But, dividing the main one into 3x3 gives me more asymmetry. (Red area for comparison) And if I would like a cupboard (etc) to be smaller than half the 1x1, but bigger than quarter, it’s very simple with 3x3. Don’t have to go into 8x8 to achieve that. I would like all the objects to snap to a grid that allows this asymmetry. Imagine something like Sims construction system. If I keep to this rule I shouldn’t have any problems with making sure the pieces snap together.

Am I’m missing something vital?

Ah, I see, so you’re looking for ways to make it easier to introduce sub-1-tile components while still allowing them to be snapped together and line up.

If that’s the case, then I would make my tile size some multiple of 12 (easily divisible by 2, 3, or 4) which 300 is. Though you probably want to be careful about making your character 250 cm. I don’t know how physics & animations would look with that, considering a “typical” human is going to be 185-ish cm.

Though you probably want to be careful about making your character 250 cm. I don’t know how physics & animations would look with that

that should look the same as a normal size character.

considering a “typical” human is going to be 185-ish cm.

that seems a little over to me:).

I have a skewed perspective I suppose, being as tall as I am.

Thanks guys! I guess I will give this one a shot soon enough.

I sent an email to ShiroGames, the creators of Evoland 2, asking if they are willing to let me know about their process behind the curved ground. If I get an answer - and they allow it - then I will post it here as well.