Model imported to UE seems to have disconnected bones

I have a model in blender with bones and fully rigged, I can rotate all my bones in pose mode without an issue. Everything is scaled as it should to UE4’s measurement system. However when I import my mesh, the first warning is that the bones are too small, which is odd because the bones are normal size to me: 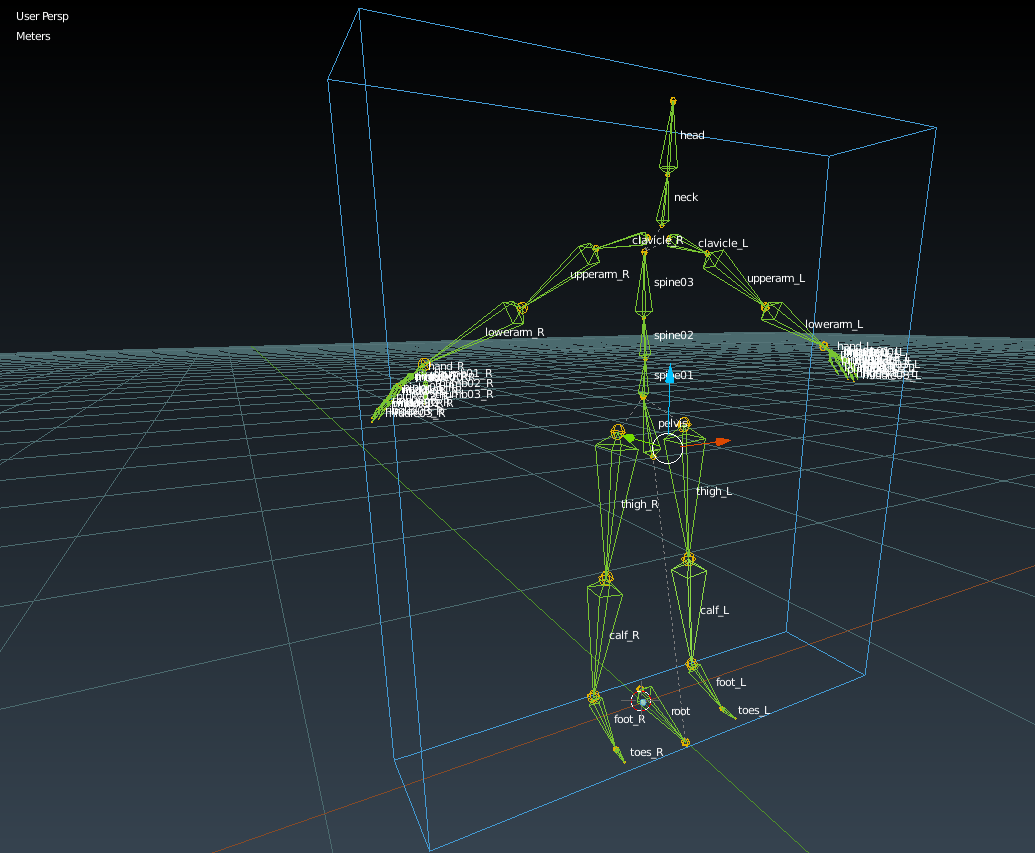 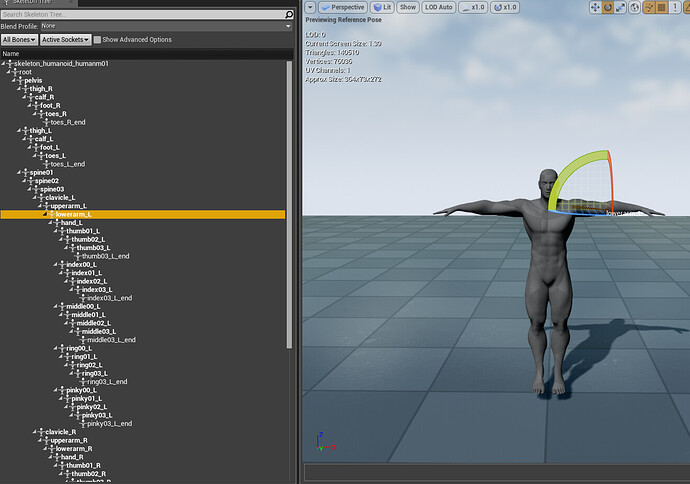 I also noticed, when I go to the skeleton and I try to make some poses, the bones are not moving the mesh at all. Even after I had created a physics asset (which for some reason created enormous bodies for the bones, regardless of the minimum bone size I chose) What am I missing here?

After exporting UE’s mannequin as an FBX, this is how it looks in Blender. Is this how the bones are expected to be set up in the model? Disproportionately large and pointing I guess in the direction of the normals or something? 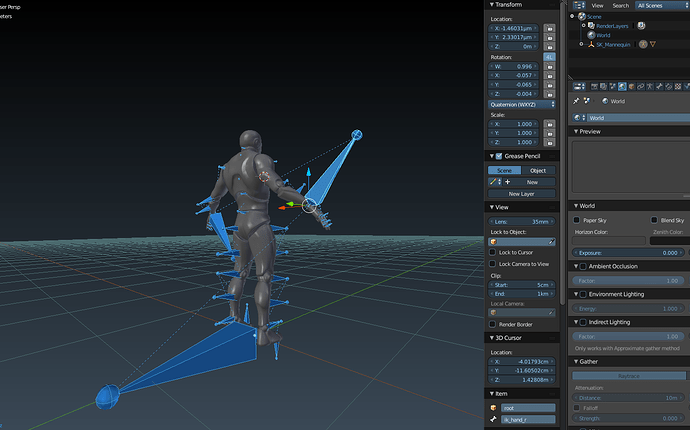 Hi friend this forum discussion might be of your help

Check the setting please while exporting

These are a few .fbx setting you should also checkhttps://www.youtube.com/watch?v=aC1_m0VdKIY

Unfortunately it was not the FBX settings and the discussion didn’t really get me anywhere, although it did introduce me to Rigify which is super awesome.

However after generating 7 models from MakeHuman and bringing them in to UE4, I accidentally got it to work but not entirely sure if I was missing this the entire time.

After generating the model and its rig, I had to finalize the model in the addon first, and then up the scale by 100x to fit UE4 scale and CTRL-A, and the model also had to be in T-pose as well. If I scaled the model before finalizing it with the addon, UE would say the bone size is too small. Default FBX export settings worked.